Dr. Dorottya Csuka Bazsáné, senior research fellow at Semmelweis University has been awarded with L’Oréal-UNESCO for Women in Science Fellowship. The researcher of the Department of Internal Medicine and Haematology has been recognised for her work on hereditary kidney diseases.

Dr. Dorottya Csuka Bazsáné, senior research fellow at Semmelweis University’s Department of Internal Medicine and Haematology received the L’Oréal-UNESCO for Women in Science Fellowship. Every year, researchers doing exploratory scientific work in a subfield of life or materials sciences and work in Hungarian higher education or research institutions can apply for the fellowship. Dr. Dorottya Csuka received the grant for her research on rare hereditary kidney diseases. The fellowship is granted to two researchers every year in Hungary. The other recipient is Dr. Zsuzsa Bagoly, researcher of the University of Debrecen, whose scientific work focuses on ischemic stroke, the most common cause of adult disability. She is working on finding a more effective treatment of stroke. 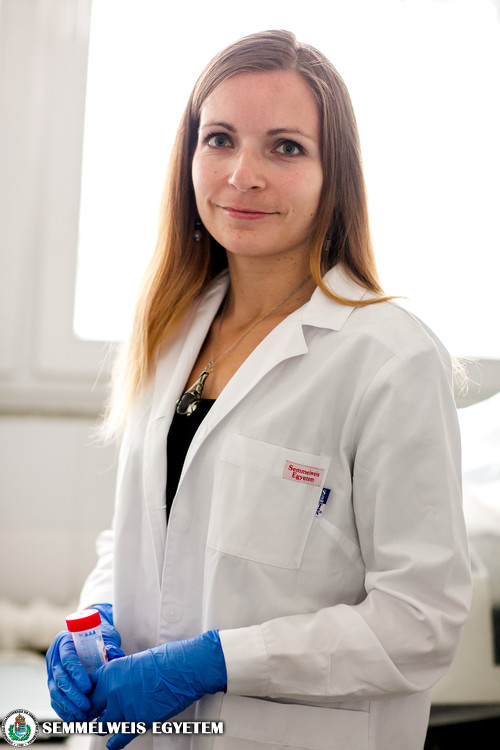 The scientific work of Dr. Dorottya Csuka was recognized in 2015 with the Junior Prima Award. She continued the award-winning project as lead researcher with a postdoctoral national grant. Within the field of hereditary kidney diseases, she was interested in thrombotic microangiopathies and C3 glomerulopathy. She was studying the role of the CFHR5 protein and its coding gene during the three years of the project. She and her colleagues were looking to uncover how CFHR3 protein and the mutations in its gene may contribute to the development of kidney diseases and how the level of protein correlates with the severity of the disease and the course of the disease.

In case of thrombotic microangiopathy and C3 glomerulopathy the mutations of 8 genes have been known to cause these diseases. However, this accounts for only 60 percent of the cases. In case of the remaining 40 percent, the cause of the disease is not yet known. New generation sequencing enabling the study of all human genes was introduced at the end of the research project which may play a key role in answering this question.

This research was extended and continued in the framework of the postdoctoral fellowship programme of the Hungarian Academy of Sciences in 2019. In addition to the complement system, the target of the original research, she started studying the proteins of other plasma enzyme systems to find other pathogenic mutations. Thus mutations have been identified in more genes. Currently, they are working on exploring in depth what changes the new genes of unknown effects can cause and how they induce these diseases.

“In addition to being a great honour, receiving the fellowship is a feedback to us that we are on the right track and our research is useful.”, Dr. Dorottya Csuka said.

She was doing voluntary work in the laboratory of Semmelweis University’s Department of Laboratory Medicine working on COVID test when she heard the news of receiving the L’Oréal – UNESCO Fellowship. Although they are working on rare diseases, their laboratory also performs complex diagnostic tests on samples sent to them from Lithuania to Egypt and from all over Europe.

“Receiving the fellowship is also a kind of obligation. I have to work even harder so that my further research will prove that the grant was given to the right person.”, she said.

In the past 18 years, 49 Hungarian researchers were given the L’Oréal-UNESCO for Women in Science Fellowship, which amounts to more than 64 million HUF. The founders of the fellowship programme aimed to make women in research more widely known thus supporting their careers. 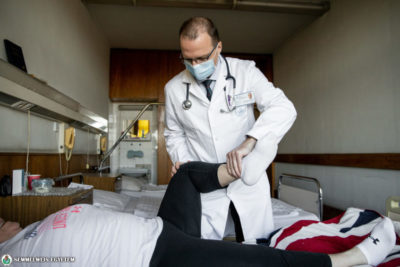 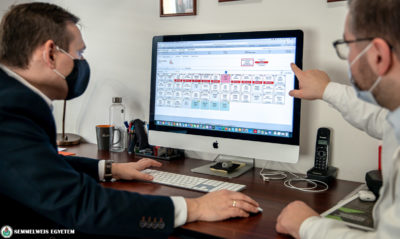 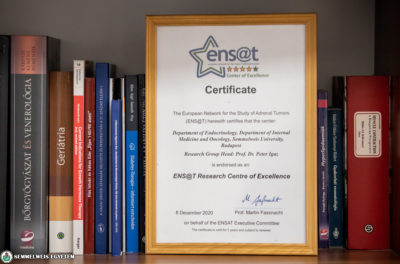