Dr. László Buday, medical biochemist, professor at Department of Medical Chemistry, Molecular Biology and Pathobiochemistry, member of the Hungarian Academy of Sciences and director of the Institute of Enzymology of the Research Centre for Natural Sciences was awarded with the Széchenyi-prize on 15th March. His remarkable research results in the field of intercellular signalling pathways have greatly contributed to the application of targeted tumour therapy.

“I am deeply honoured to have been awarded with the most distinguished award for scientific achievement.”, said dr. László Buday.

The professor received the Széchenyi-prize for his remarkable research results in the field of intercellular signalling pathways, his outstanding educational activities in biology and molecular biology, as well his significant contribution to scientific public activity. He has been dedicated to the research of growth factor signalling pathways for the past 30 years. 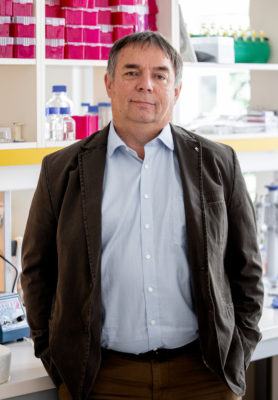 “Even as a child I was interested in biology and originally I wanted to be a biologist, but I ended up applying to medical school.”, he recalls.

During his university years he joined the research group of Dr. Anna Faragó at the 1st Department of Chemistry and Biochemistry to study protein kinases, which are special enzymes regulating cellular growth and division, as well as their signalling pathways. With the help of a fellowship programme he had the opportunity to do research in London, where his research group discovered the activation mechanism of Ras proteins. Normally, Ras protein regulates cellular growth in the body. If it mutates or the body is unable to control its function it could cause extreme cell proliferation. That is why, Ras mutations play a significant role in cancer.

“Together with my colleagues we discovered the mechanism that the growth factor receptors use to transmit the signal towards the Ras proteins.”, Dr. Buday said.

Returning home from London he joined the research group of Dr. Anna Faragó again, where he kept on with the study of signalling pathways and took over the leadership of the team in 2006. Several proteins and regulatory mechanisms have been discovered over the years.

“We have started to broaden the field of our research step by step to study not only cell division but cellular movement as well. We discovered that cells treated with growth factors responded by cell division, cell movement or the transcription of certain genes into proteins, depending on the specific role of the given cell. In the past few years our research has been focusing on signalling pathways that play a decisive role in cell movement regulation.”, said Dr. László Buday.

This research does not only allow a better understanding of physiological cell function for biologists, but intensive research is being conducted on the movement of cancerous cells. A so-called scaffold protein has been identified which plays a crucial role in the signalling pathway of several growth factor receptors. This scaffold protein accumulates in a substantial amount in cells in case of a number of human tumours, such as that of the stomach, the colon or the lungs.

“All this suggests that we have found a component of growth factor signalling pathways that could be inhibited, which may provide therapeutic options for cancer.”, Dr. László Buday said.

One of the important moments in his life include the winning of the Momentum project application in 2009 and when he became director of the Institute of Enzymology of the Research Centre for Natural Sciences in 2010. In addition to his new duties, he regularly met with his research group for a long time and he is still teaching part time.

“I started my career at Semmelweis University and it is still an important part of my life. My future plans include the continuation of research on the signalling pathways of tyrosine kinase with my research team of eight. I have also become the head of the chapter of the Hungarian Accreditation Committee responsible for the accreditation of doctoral schools, therefore I participate in the renewal of the accreditation systems of universities.”, he said. 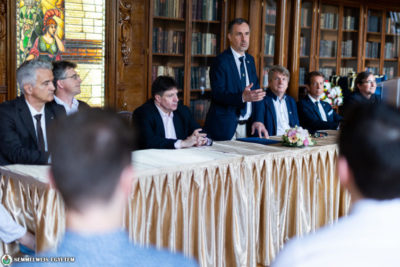 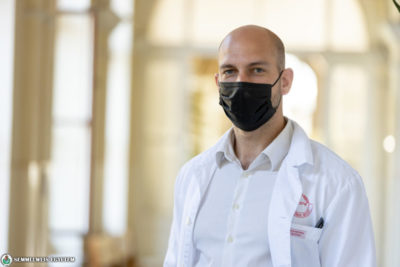 Early prevention may decrease the number of patients suffering from dementia 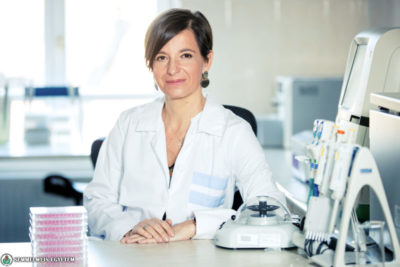