“The entire history of the university is here in this room; it is like a museum”, said Dr. József Tímár, professor of the 2nd Department of Pathology about the Senate Hall of the Central Administrative Building.

Although, he has been working at the university for over 40 years, he first entered the Senate Hall only in the early 2010s. Later on, as Vice-Rector and then President of the Doctoral Council he spent a lot of time here, as this room is the place where important decisions are made. During the meetings of the Senate, he often looked up on the paintings depicting influential people of the university’s history, such as former rectors and members of medical dynasties and wondered, how such a meeting had taken place in the past.

“Sometimes, it would be great to hear what they think. These are all knowledgeable people and a lot of streets in the 8th and 9th districts are named after them. Still, they are not known by many.”, he said. 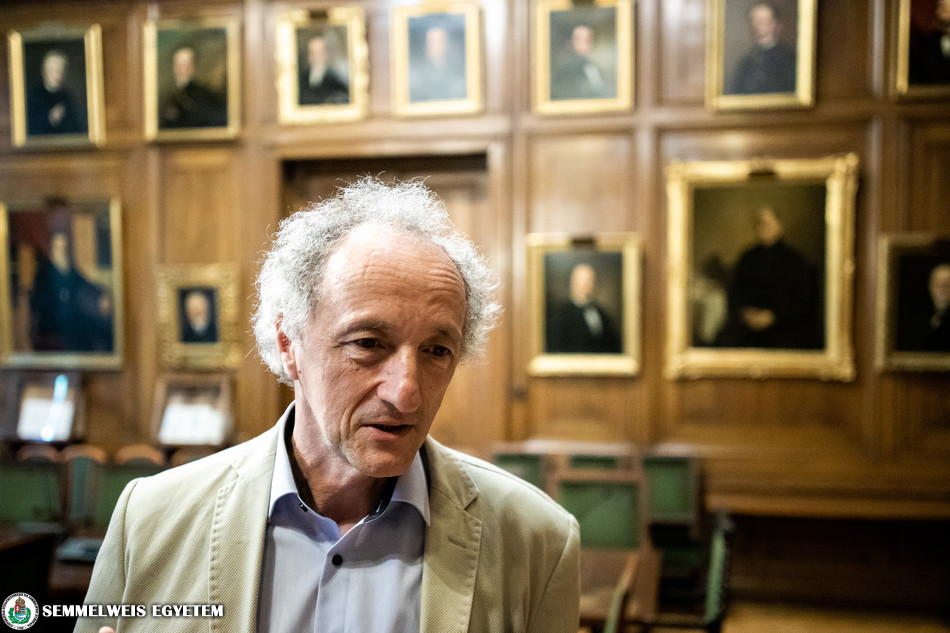 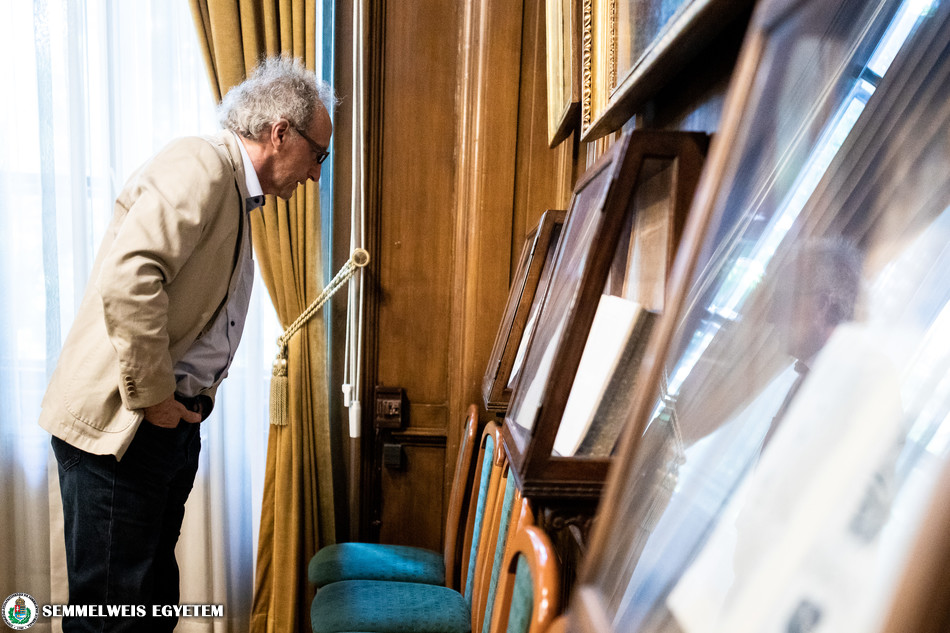 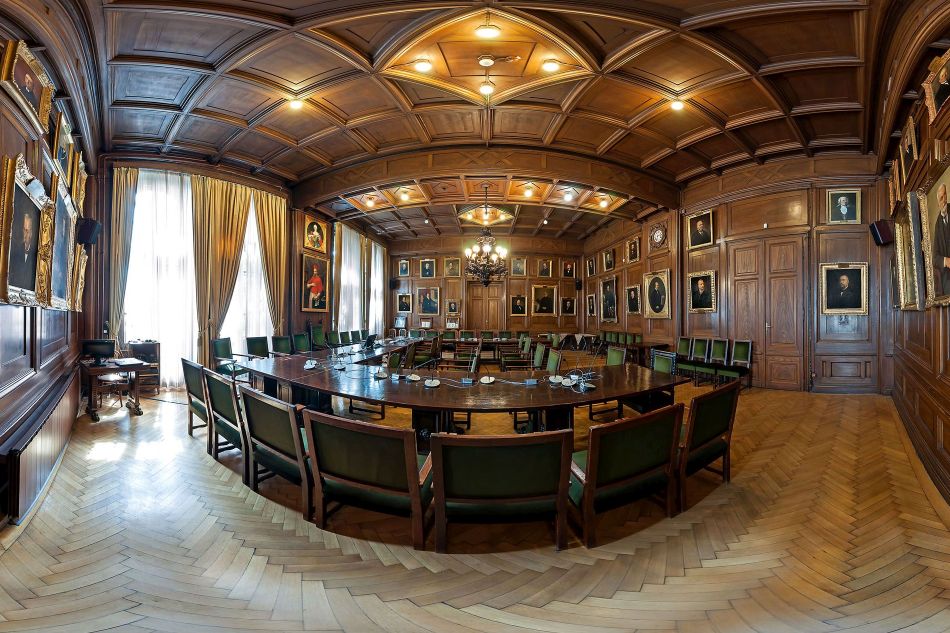 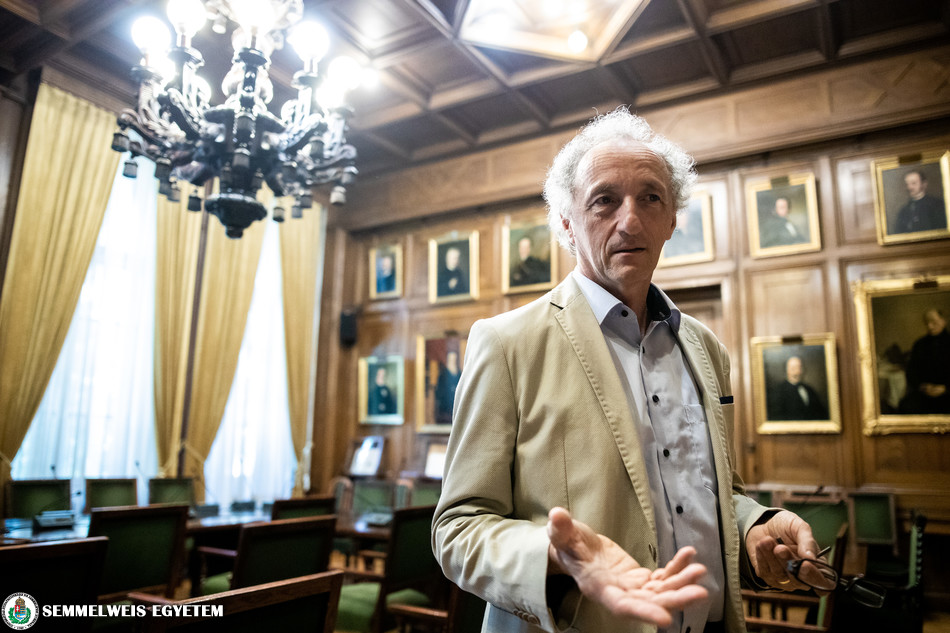 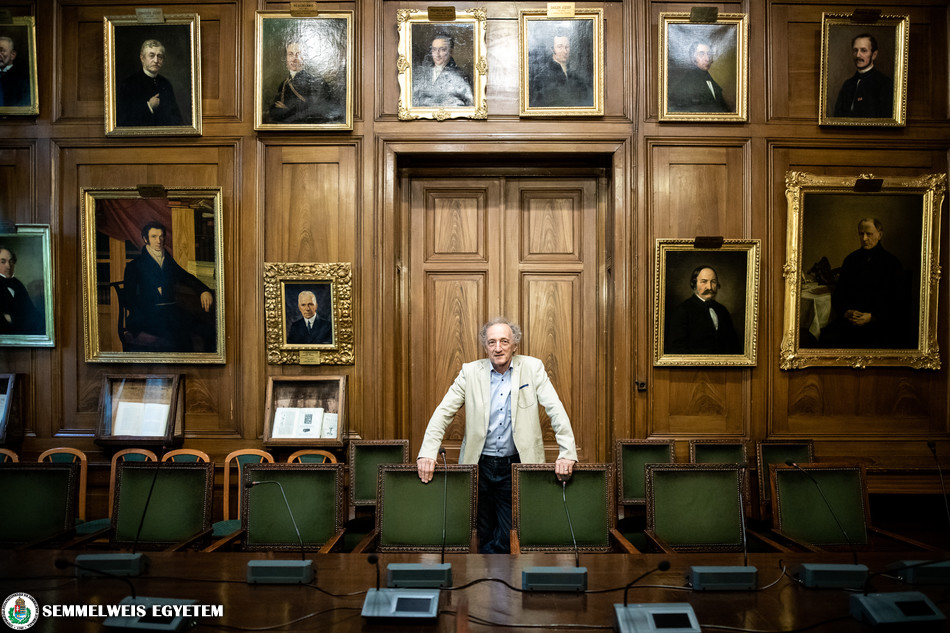 The Senate Hall used to host the meetings and events of the academic staff of the Faculty of Medicine. During the renovation of the Central Administrative Building, the interior of the Senate Hall was restored to reflect the past, therefore portraits of famous faculty members and the founders, Maria Theresa and Péter Pázmány were hung on the walls. In addition to the portrait of Ignác Semmelweis, Dr. József Tímár pointed out two pioneers in pathology, who were also deans of the Faculty of Medicine: Ödön Krompecher and Antal Genersich.

“Ödön Krompecher made the greatest discovery of his life while still studying at the university: he identified the most common malignant tumour in humans, basal cell carcinoma. During my term as director of the 2nd Department of Pathology, I used to work together with Dr. Anna Korompay, great-great-granddaughter of Krompecher. Antal Genersich, on the other hand, brought a kind of managerial approach to the institute”, said Dr. József Tímár.

Entering the Senate Hall, one is immediately taken by the atmosphere of the 19th century. This environment evokes a certain spirit that has an effect on the leaders of the university.

“I believe, the Senate Hall should occasionally be opened so that students could visit it as a kind of museum and feel its vibes.”, he said.