Number of vaccines administered at Semmelweis University - 22. September 2021
More information
The members of the Board of Trustees of the Foundation for National Health Care and Medical Education (NEOA), which will be the new maintainer of Semmelweis University following the model change, were presented to the Senate. The body also decided on changes in the university’s Organizational and Operational Regulations related to the model change, as well as some changes to simplify administration.

Rector Dr. Béla Merkely started the special July session of the Senate by greeting the chairman and members of the Board of Trustees of the Foundation for National Health Care and Medical Education (NEOA), which will be the new maintainer of Semmelweis University following the model change as of August 1, 2021. The foundation’s chairman Gábor Orbán, the CEO of Richter Gedeon Nyrt, was present in person at the meeting, and he talked among others about why he accepted the position, while also detailing the changes and opportunities the model change will bring. Board member Dr. Peter Gloviczki, Professor and Chair Emeritus of the Division of Vascular and Endovascular Surgery at the US Mayo Clinic, joined the meeting online from the US. In his short greeting speech, he talked about his relationship with Semmelweis University, where he received his medical degree, as well as the goals of the foundation.

Also joining the meeting online was board member Dr. Miklós Szócska, dean of the Faculty of Health and Public Administration, who said that he has been serving the university until now as well as dean, and he also considers this his main goal as board member. Board member Dr. Béla Merkely, the rector of Semmelweis University, said that the university’s leadership sees great potential in the model change, as for the university to retain its leading position in the region and become one of the top higher education institutions in Europe, a more flexible structure is require where they can take their fate into their own hands. A further member of the board, Dr. Róbert J. Bedros, chief medical officer of the Szent Imre Hospital, was not able to join the meeting in person.

At the meeting, the Senate approved changes to the university’s Organizational and Operational Regulations (SZMSZ) related to the model change, including the order of operations and employment relationships, as well as measures to simplify administration. With the model change, the university’s legal status will change from a state budgetary institution to a non-state university recognized by the state. With the change, a three-member public benefit supervisory board will also be set up, to be chaired by a permanent invited member of the Senate, as well as the chair of the board of trustees or their delegate.

With the model change, state financing support will be guaranteed via a long-term, 25-year agreement with the state, with the first financing cycle to cover a period of 5 and a half years, until December 31, 2026, and which is planned to be signed in the near future. In line with a passed modification, higher leadership positions can now be granted until 70 years of age, instead of the previous 65 years.

The Senate also decided on the awarding of the Ignác Semmelweis memorial medal and prize. 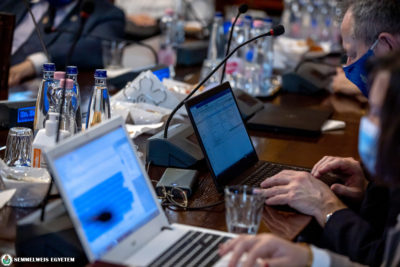 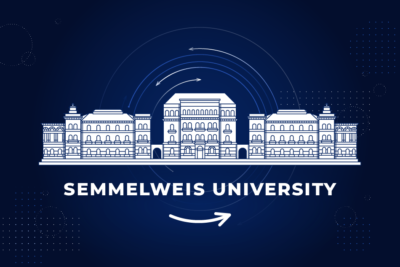 Model change: More than 400 participants at online forum with rector and chancellor

Report on the May session of the Senate