Number of vaccines administered at Semmelweis University - 20 April 2021
More information
The 10th Congress of Conductive Education was held online with nearly 1,000 registered participants from 16 countries. Due to the pandemic, the event was held online broadcasting from András Pető Faculty, the main venue of the congress. The two-day event featured 13 plenary, 50 session and 40 poster presentations, as well as several films and Dr. Béla Merkely, Rector welcomed the participants at opening ceremony. The theory and practice of conductive education were discussed at the congress and the most important results were presented. In addition to the new honorary conductors, a Wall of Conductors was inaugurated in honour of those who have promoted and supported conductive education with their activities and professionalism. 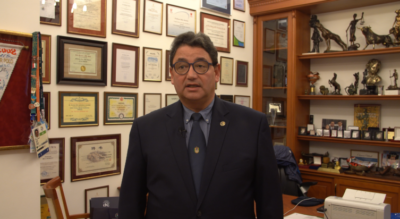 “At anniversaries, such as the 10th World Congress of Conductive Education or the anniversary events of Semmelweis University’s 250th academic year are times that encourage us to look back and take account of all that we have achieved. Society, people with disabilities and their families are always looking for ways to improve the quality of life of those affected. I hope that Semmleis University’s András Pető Faculty would become a strong basis for university-level conductor training and internationally coordinated trainings, which would yield progressive results.” , said Dr. Béla Merkely, Rector in his welcome speech.

The rector also mentioned the benefits of coordinated application of related fields and the potential research based on the interdisciplinary approach of pedagogy and biology. 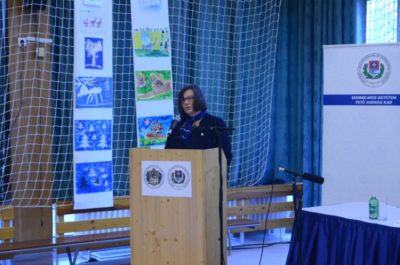 In her opening speech Dr. Miklósné Tenk Dr. Andrea Zsebe, Dean of András Pető Faculty recalled that the World Congress of Conductive Education was first organized in 1990 in Budapest and since then it has been hosted by many cities around the world. This year, the event was organized in Budapest again, for the fifth time.

“Practical experiences, new challenges and research results in the field of conductive education are diverse all around the world. The achieved results encourage us to continue, improve and plan our future.”, she pointed out.

The most important changes of the past four years since the last congress have been the renewal of the curriculum of conductor training, the beginning of training development and research planning as well as the expansion of conductor training with a new specialization. Venues for practice have been doubled in Hungary and abroad, cooperative projects in training have tripled and new off-campus programmes have been launched in Transylvania and Vojvodina. Future plans include the establishment of an English language BA conductor programme and the conclusion of the accreditation procedure of the MA conductor teacher programme. She also mentioned that this year the 53rd anniversary of the death of András Pető and the 20th anniversary of the death of Mária Hári were commemorated.

“Conductive pedagogy is a successful, versatile pedagogical rehabilitation improving the quality of life, which was created 75 years ago. In this anniversary year, we have to face new challenges, see and understand social and professional demand in addition to internalizing theoretical and practical knowledge.”, she said. 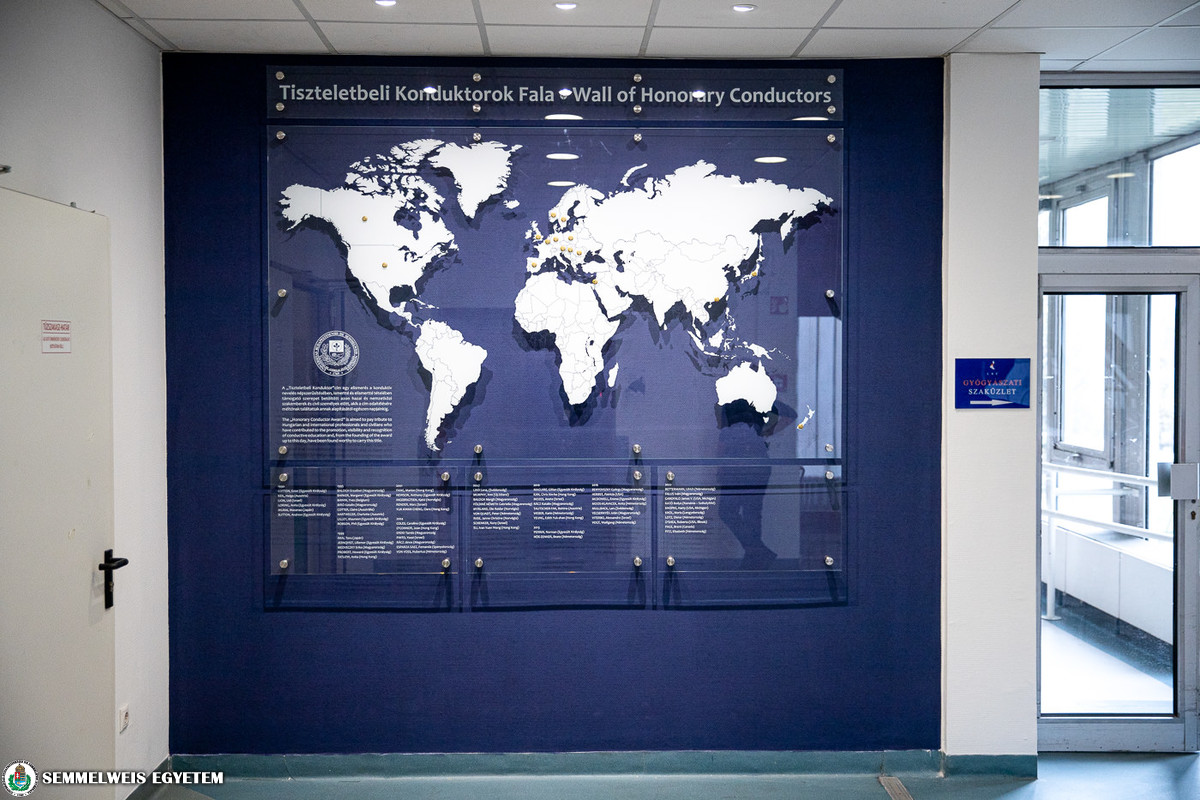 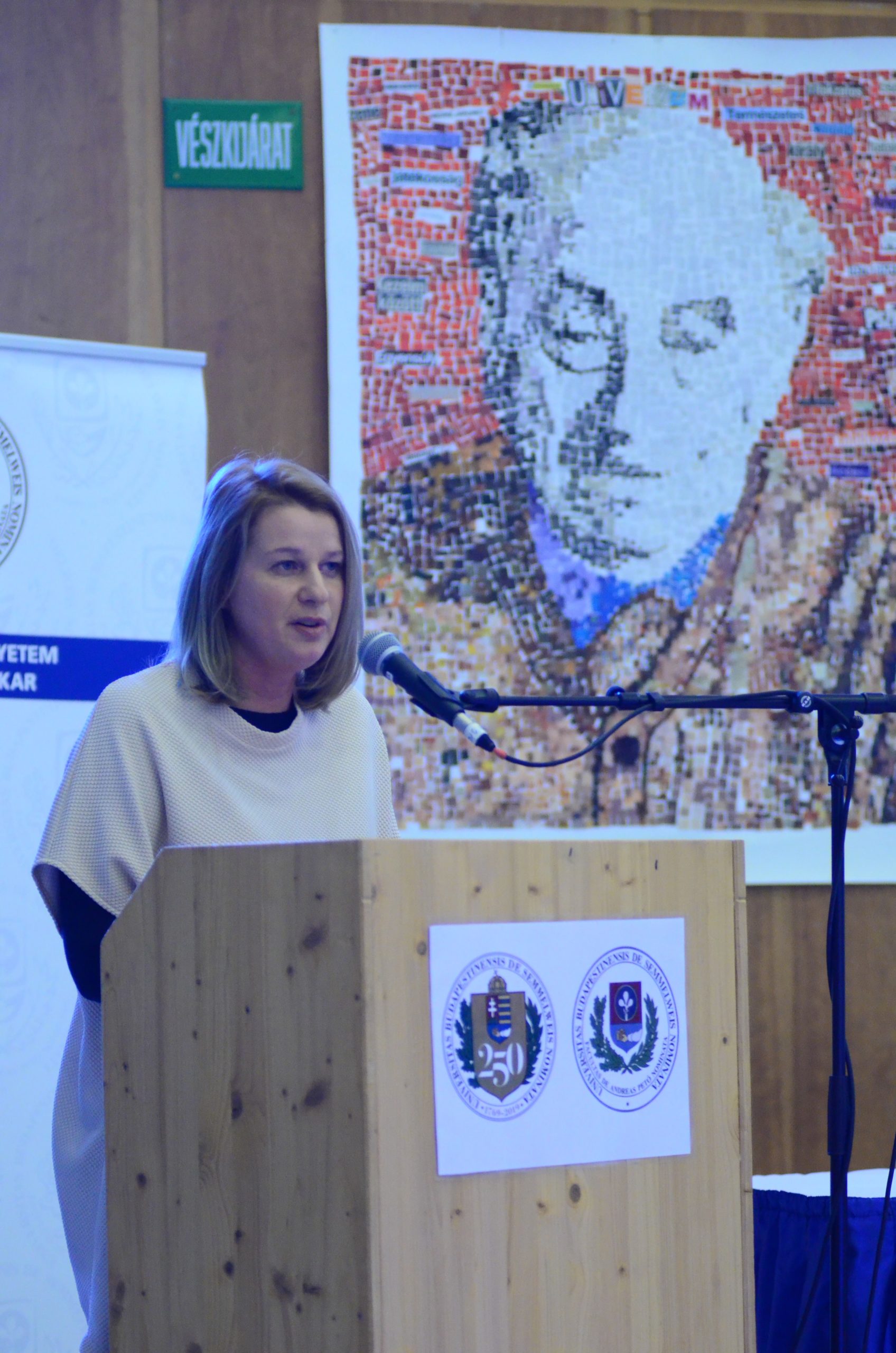 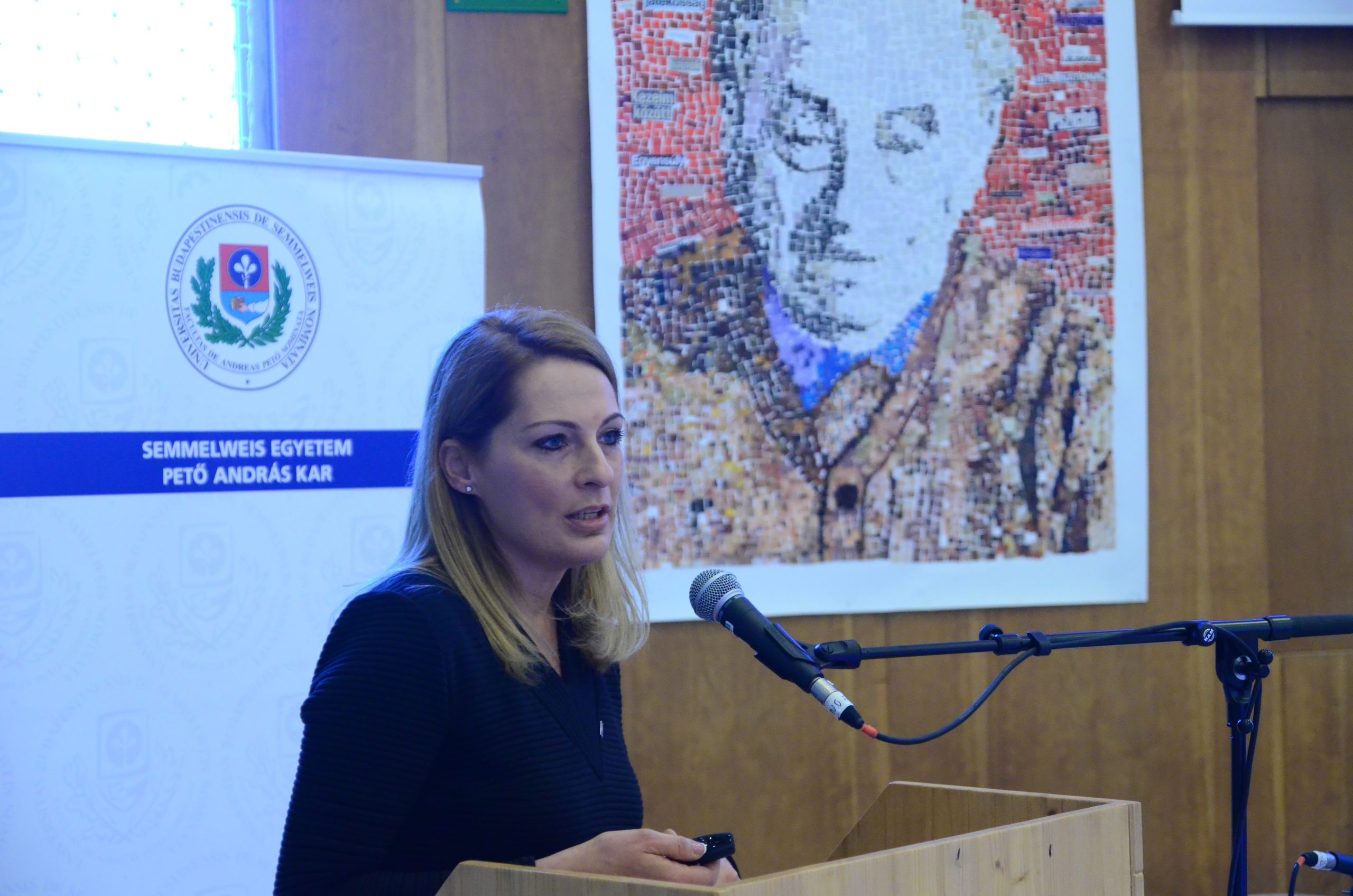 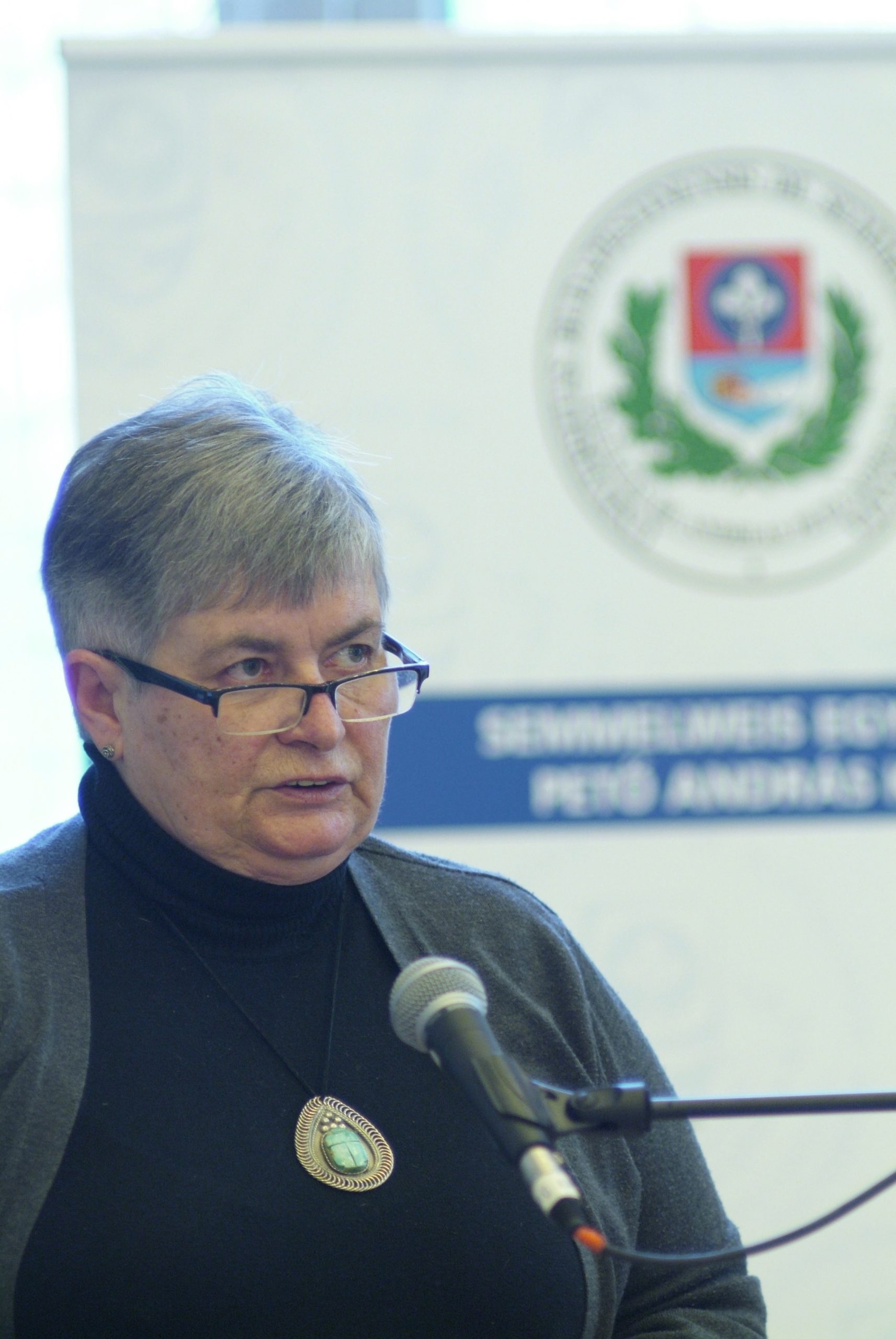 Dr. Éva Szabó Feketéné deputy dean for general affairs called the congress an agora, which provides an opportunity to meet and get to know each other’s work, research and experiences.

“It is also an opportunity to present the theory, practice and results of conductive education to a broader audience, including the representatives of related fields, affected people and those interested. Conductive pedagogy is a living, functioning educational system improving the prospects and the quality of life of the individual.”, she said.

This is also shown by the nearly 150 presentations including 13 plenary, nearly 50 session and 40 poster presentations as well as several video lectures. András Pető was born 127 years ago and Dr. Éva Szabó Feketéné considers the faculty’s most important task to be fostering and developing his and Mária Hári’s intellectual legacy in order to help fellow humans and to set an example to society. The tasks include further spreading the reputation of conductive education finding those points that could serve as a basis for making their results transparent, available and improvable.

The congress continued with the reception of the new honorary conductors and the inauguration of the Wall of Honorary Conductors, which pays homage to those who have stood up for the cause of conductive education through their activities and professionalism. Since 1990, 67 people from all around the world have been named honorary conductors. In a video message Dr. Béla Merkely pointed out that people committed to conductive pedagogy have devoted their lives to improve the quality of life of persons who have disabilities linked to damaged central nervous system.

“This is true of graduate conductors and Honorary Conductors, who work in different fields but have been dedicated supporters of this respectful work for years. The conductive educational system provides an opportunity for versatile personality development, while it enables cooperation with peers and prepares those affected for true integration.”, the Rector said. 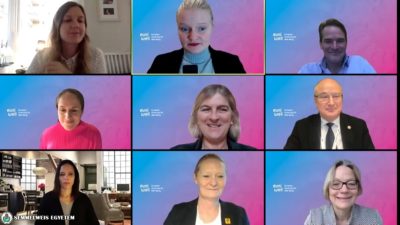 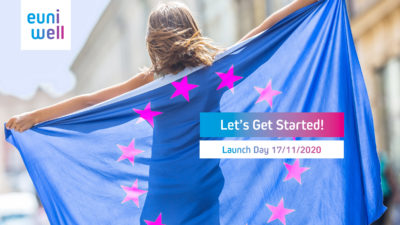 The European University for Well-Being officially launches on 17 November 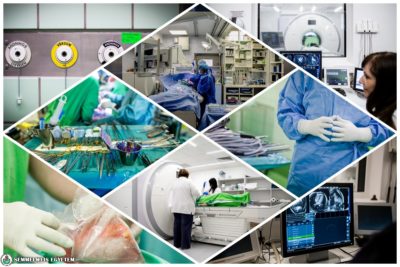 From transplantation to oncology – Day 2 of the Clinical Conference