Number of vaccines administered at Semmelweis University - 27. June 2022
More information
A Work & Echange Programme for the period 2022 to 2026 was signed by the leaders of Semmelweis University and Ruprecht Karl University of Heidelberg at a joint scientific symposium of the two institutions and Albert-Ludwig University of Freiburg in Budapest. The universities have been partners for nearly 40 years, and this agreement could open up new areas of cooperation. 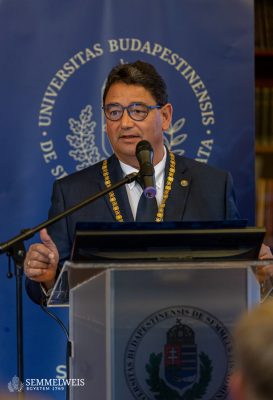 “The work plan that we are now signing with the University of Heidelberg for the next five years, with reference to the framework agreement, is really in line with this objective. We can be proud that we have been able to identify areas of cooperation in line with the changing circumstances and trends of the times, and to formulate proposals that can provide a strong basis for the years to come,” he said.

As the Rector of Semmelweis University, I would like to ensure that we continue on the path of continuous renewal and development. This includes the renewal and modernisation of the entire medical education system in Hungary, which will also further our mission to train the best doctors and healthcare professionals. Our active partnerships are major contributors to fulfill our mission and achieve our strategic goals,

“The Harry Jellinek Scholarship is awarded by the Semmelweis University Talent Council to fifth-year medical students, and from 2019 also to PhD students. During their ten-month stay abroad, the scholarship holders will participate in joint research at partner universities and use this time to write their doctoral thesis or dissertation. At the same time, there is a lively scientific exchange between the Medical Faculty of Heidelberg, the Medical Faculty of Freiburg and the Hungarian one,” he stressed. 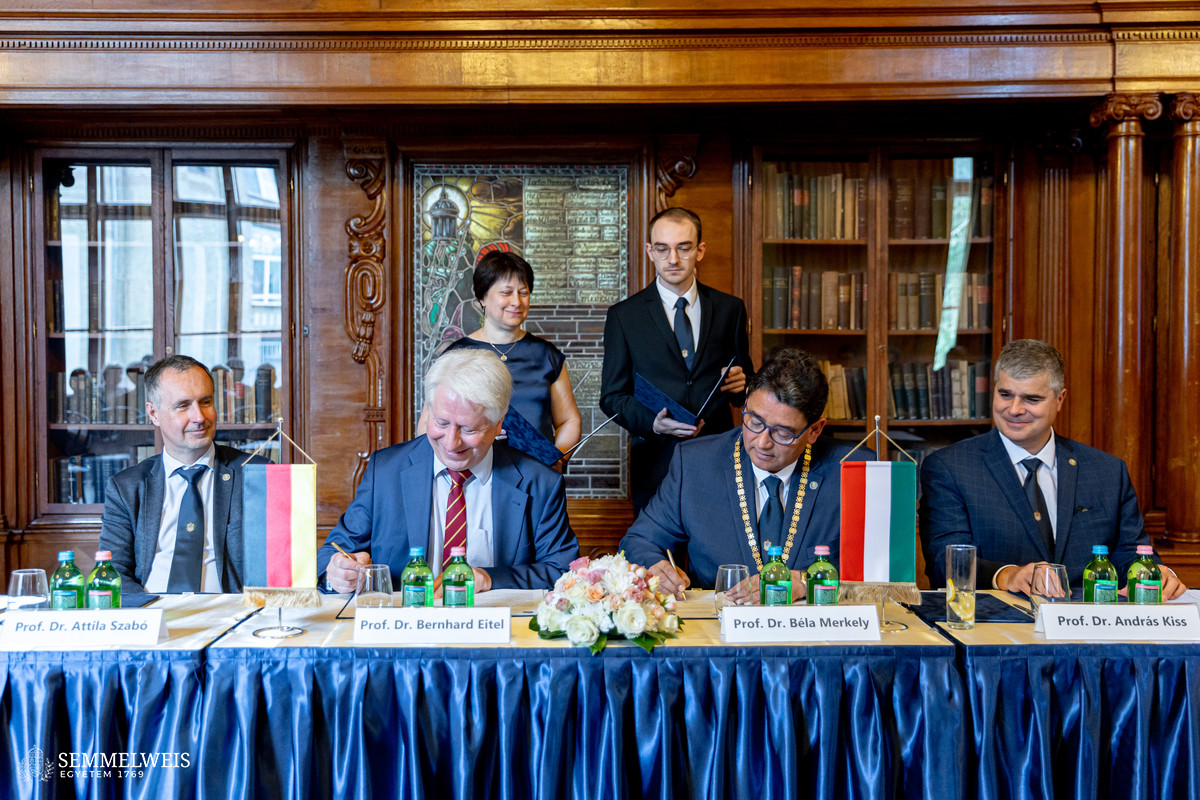 Since 1988, the Trilateral Symposium has been held every two years in cooperation between Semmelweis University, the University of Heidelberg and the University of Freiburg, in one of the three cities. The event was originally created as a platform for scientific exchange between the different working groups and has since developed into an important forum, in particular for the presentation of research results achieved by young researchers from the three partner institutions.

Béla Merkely pointed out that in the past almost four decades, the most diverse forms of scientific cooperation have been achieved in the following areas: 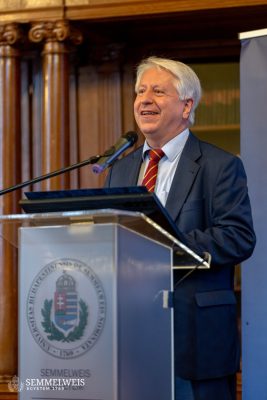 Dr. Bernhard Eitel, Rector of the University of Heidelberg, recalled the historical roots between the two universities and expressed his pleasure that after a long forced break due to the pandemic, the Hungarian and German universities’ teachers and researchers could meet again in person. He said it was particularly important for young people to be able to strenghten closer professional links, stressing that the university years, between the ages of 18 and 28, are key to a future career.

Dr. Bernhard Eitel added that the two-day symposium in Budapest was a sign that the distinguished representatives of the academic world gathered together were forming an academic community, an academic unity and a belief in the future.
As he said, gloom has buried everyone in the past two years, but now it’s time for optimism, because it is an umbrella that will shape the future until 2026 in Budapest, Heidelberg and Freiburg. He wished to see even closer ties between the three cities, opening up new perspectives through the exchange of experiences and ideas.

The presentations of the two-day symposium will be reported in a future article coming soon. 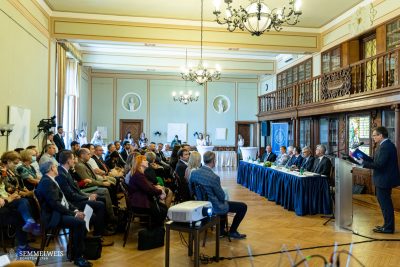 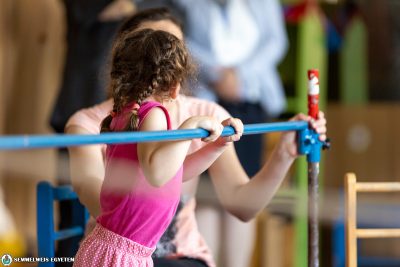 Due to the war in Ukraine, PAK treats children from Transcarpathia in Budapest