h
The university’s Senate accepted several new regulations and also approved the new curriculum of the Faculty of Pharmaceutical Sciences, among others. From now on, the honorary certificates for graduates will be free of charge, while a new award for health care professionals named after Zsuzsanna Kossuth will also be introduced.

The Senate approved modifications to the university’s Organizational and Operational Regulations (SZMSZ) among others establishing a new Directorate for Semmelweis Brand and Marketing, under the control of the Rector’s Cabinet. In a further decision, the Alumni Board will cease operations, and the Alumni Directorate will be controlled by the rector.

Senators accepted the new Doctoral Regulations, according to which the goal of the PhD program is training high-quality, internationally competent experts who have the required skills and experience to perform first-rate scientific achievements. A modification was approved that allows PhD thesis to be submitted in either Hungarian or English at some PhD schools, while in others the basic requirement is an English thesis.

Changes were approved based on which the honorary certificates for graduates will be provided free of charge.

Dr. Miklós Kellermayer, dean of the Faculty of Medicine (ÁOK) provided a report on his activities, providing an overview among others of the main points of the curriculum reform that was implemented at the beginning of the year. He also talked about his future plans, which include the system of electives, further developing the system of students rating their teachers, and organizing electronic administration.

The Senate accepted the new curriculum of the Faculty of Pharmaceutical Sciences, which will be implemented progressively starting from the next academic year. The basic principles of the changes concern more emphasis on a patient and practice-oriented training, and practical pharmaceutical subjects and the continuous formation of a pharmacist approach. Skill labs will play a bigger role, and small groups will be strengthened within pharmacy and industry practice-oriented training. The program will consist of two years of basic modules, followed by specialist modules in years 3 and 4, and a practice-oriented specialist module in practical training block in year 5. The curriculum, which was developed with the inclusion and approval of students, also includes several new subjects.

The Awards Regulations were amended to add the introduction of the Zsuzsanna Kossuth Memorial Award, to be given to exceptional health care professionals. 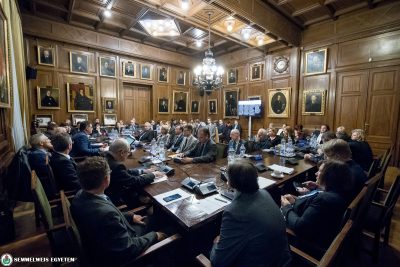 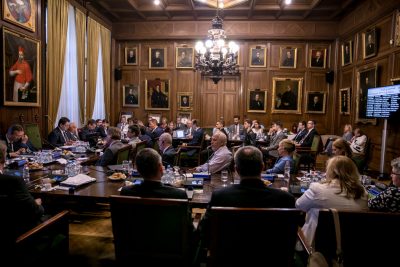