Number of vaccines administered at Semmelweis University - 15 June 2021
More information
A new, artificial intelligence-based risk assessment tool developed at Semmelweis University’s Városmajor Heart and Vascular Center can help clinicians estimate the risk levels of patients suffering from severe heart failure. The decision support system, named SEMMELWEIS-CRT score in honor of the university’s 250th anniversary, supports the work of treating physicians based on patient data, helping them to identify high-risk patients that may require closer follow-up. The system was developed based on data gathered over the past 20 years from patients who went through cardiac resynchronization therapy (CRT). The results of the project, led by Dr. Béla Merkely, director of the Heart Center and rector of the university, were recently published in the prestigious European Heart Journal. 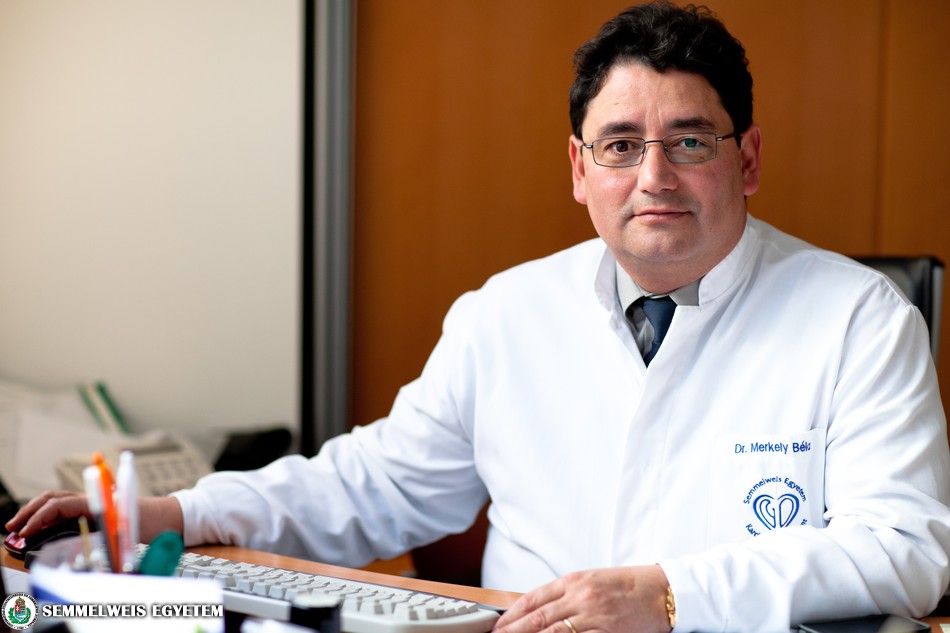 Circulatory failure caused by the reduced pumping function of the heart has a mortality rate comparable to severe oncological diseases. About one-third of patients suffering from heart failure experience a disturbance of cardiac conduction in the ventricles of the heart, which further diminishes the pumping function of the heart. This can be addressed with cardiac resynchronizaton therapy (CRT), which is the implantation of a special pacemaker. This therapy, which was introduced in Hungary earlier by Dr. Béla Merkely at the Városmajor Heart and Vascular Center, mitigates the symptoms of heart failure, improves the patients’ quality of life and has a beneficial effect on their survival rate.

“Due to the nature of the disease, identifying patients with high mortality risk, i.e. making a personalized risk assessment, is of utmost importance, as this helps the pre-selection of patients who will need closer follow-up after the implantation procedure,” explained Dr. Márton Tokodi, PhD student at the Heart Center and one of the first authors of the published article. He added that these patients must be closely monitored during the follow-up process, as they may require other, more complex types of drug or medical therapy, maybe even a heart transplant, emphasizing that in some cases this may mean additional years of life for the patient. This is what the decision support system developed by the center’s research group provides help with.

“The new risk assessment tool – which was named SEMMELWEIS-CRT score in honor of the 250th anniversary of the university – is based on CRT implantation data gathered over the past 20 years at the center,” noted Dr. Béla Merkely,  head of the clinic and rector of the university. This database of more than 1600 patients who received CRT implants provided the basis for the machine learning-based system, which makes it possible to provide a more precise estimate of the five-year mortality of patients undergoing the procedure. Building such a large database, which includes so much patient data and is the basis of an innovative product development, is possible only at large university clinics. The Városmajor Heart and Vascular Center is one of the largest centers in Europe, where all modern drug and medical therapies are available for treating heart failure. 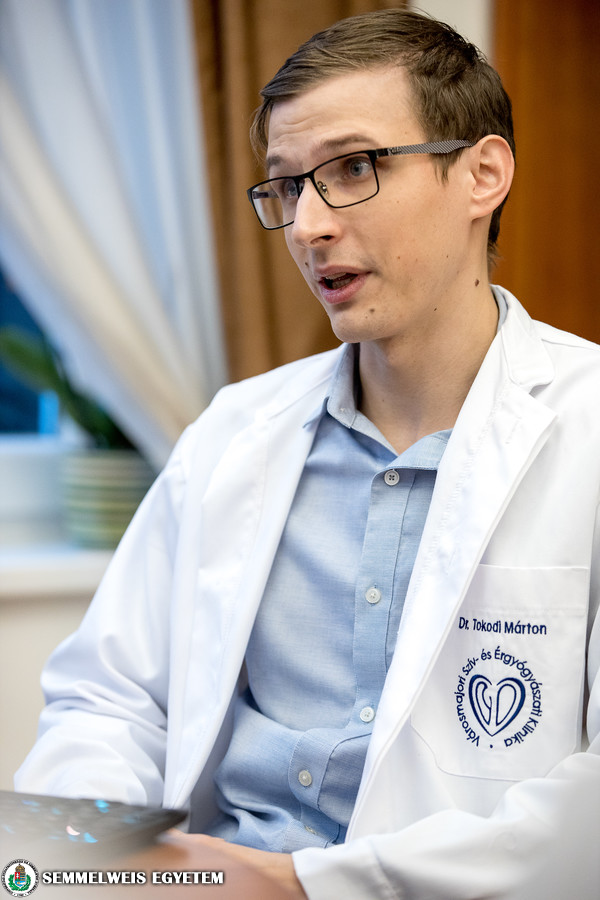 The developed algorithm used the database comprised of the pre-implant data, as well as the data on the mortality of the patients that underwent CRT therapy, to “learn” the relevant, and often hidden connections between the various factors. Then, based on this experiential knowledge, it is also able to make a prediction in the case of new patients, pointed out Dr. Tokodi. As it is built on artificial intelligence, thus being capable of efficiently mapping the network of numerous parameters, SEMMELWEIS-CRT was able to clearly outperform other similar scores built on traditional statistical methods and currently makes the most precise predictions in the world with regard to patient mortality.

During the course of the project, more than 100 parameters were entered into the database, of which the 33 most relevant were selected in the end. By entering these basic data into the scoring system, which is available online, the treating physician can compile a personalized risk profile for the patient. The parameters used in making the risk assessment (e.g. the age, gender, weight, lab results and comorbidities of the patient, or what drugs they are taking) are recorded during routine patient care.

“This means that no additional, expensive or cumbersome examinations are necessary, thus using the SEMMELWEIS-CRT system means no added burden for the physician or the hospital,” emphasized Dr. Tokodi.

The tool is currently freely available at the www.semmelweiscrtscore.com website, but it should be treated as a research prototype that is to be used by physicians and researchers at their own risk, primarily for scientific purposes. He added that in the future, they would like to make the entire risk prediction process automatic, meaning that the determination of the various risk levels should be built into the electronic patient records systems. In addition, they also plan on expanding the database behind the system, by including data from more Hungarian and international patient centers, as by increasing the amount of data used in machine learning, the precision of the system’s predictions can be further improved. 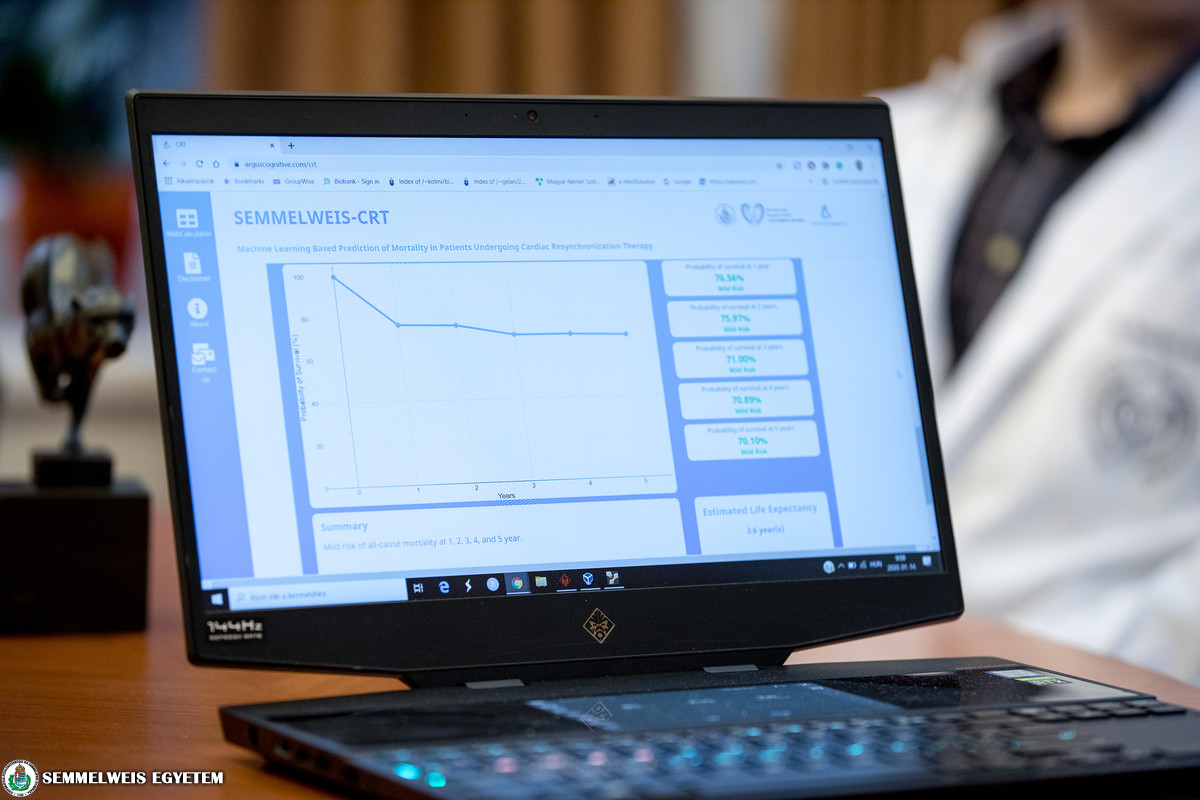 Dr. Béla Merkely pointed out that it was the first time that an article was published in the European Heart Journal, the most prestigious journal of cardiology, that was based on purely Hungarian research and innovation, written exclusively by Hungarian authors. The research was carried out in a collaboration between Semmelweis University and Argus Cognitive, a US-based but partly Hungarian-owned company that provided the technological and theoretical background relating to artificial intelligence.

The project received funding from the National Heart Program of Hungary’s National Research, Development and Innovation Office, and from the Thematic Area Excellence Program of the Ministry for Innovation and Technology. 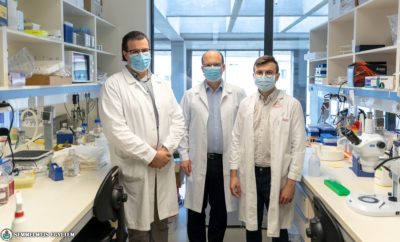 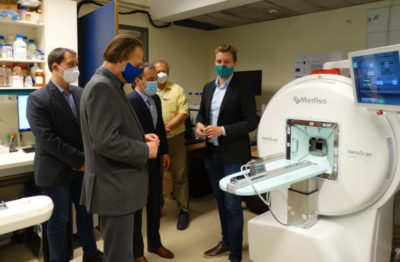 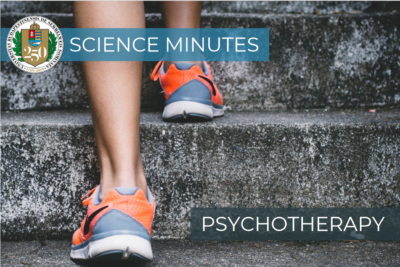 Physical exercise as a resilience factor to mitigate allostatic overload