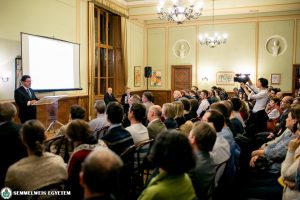 “The Semmelweis Budapest Award is Semmelweis University’s highest prestige international scientific recognition, which was founded in 2009 by the Senate of the university. This award is provided to globally recognized scientists working in a field of natural sciences and whose work serves the benefit of mankind and shows a new direction towards getting to know living nature. The nomination of Dr. Stefan W. Hell was unanimously supported by the Senate of Semmelweis University”, said Rector Szél during his opening speech. 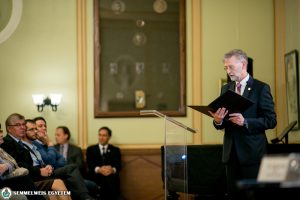 Dr. György Bagdy, Vice-Rector for Scientific Affairs presented the laudation of Dr. Stefan W. Hell. Dr. Bagdy made note of the fact that the world’s leading scientist in nanoscopy and high-resolution biomedical imaging was born in Arad and has lived in Germany since his age of 15. Dr. Hell spent his university years in Heidelberg and earned a PhD degree in physics. Later he continued his research activities at the University of Turku in Finland where he laid down the foundations of his discovery that earned a Nobel Prize afterwards. Professor Hell is the founder and director of the Department of NanoBiophotonics at Max Planck Institute for Biophysical Chemistry and also professor of Heidelberg University. For the entire text of laudation, please click here. 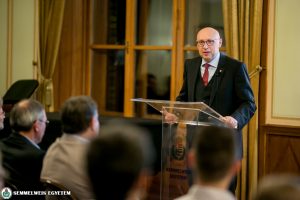 “It is a great honour for me to receive this prestigious scientific award from Semmelweis University. We should all remember that Ignaz Semmelweis made a significant, pioneer discovery for our mankind, yet his achievements were not recognized during his lifetime. I was lucky enough to gain recognition on the basis of my results after many years of hard work, and this is the reason why I am offering this lecture in the honour of Ignaz Semmelweis”, highlighted Dr. Hell during the scientific meeting organized on the occasion of the award giving ceremony.

Dr. Stefan W. Hell made a significant breakthrough with his discovery in microscopic imaging. Owing to Dr. Hell a new type of super-resolution nanomicroscope was created which enables researchers to see tinier details than ever during the examination of cells and tissues. Dr. Hell introduced his findings and the progress of his researches in his lecture entitled ‘Optical Microscopy: the Revolution of Resolution’ during the ceremony.

The essence of his discovery is the exceedance of the so called diffraction limit (the limit of resolution of optical microscopes), for which he received the Nobel Prize in Chemistry in 2014 together with two other researchers, Eric Betzig and William E. Moerner. Even though with different tricky solutions, but all the three of them could exceed this limit that had seemed to be impossible to break earlier. With this achievement they established the technical foundations of nanoscopy. 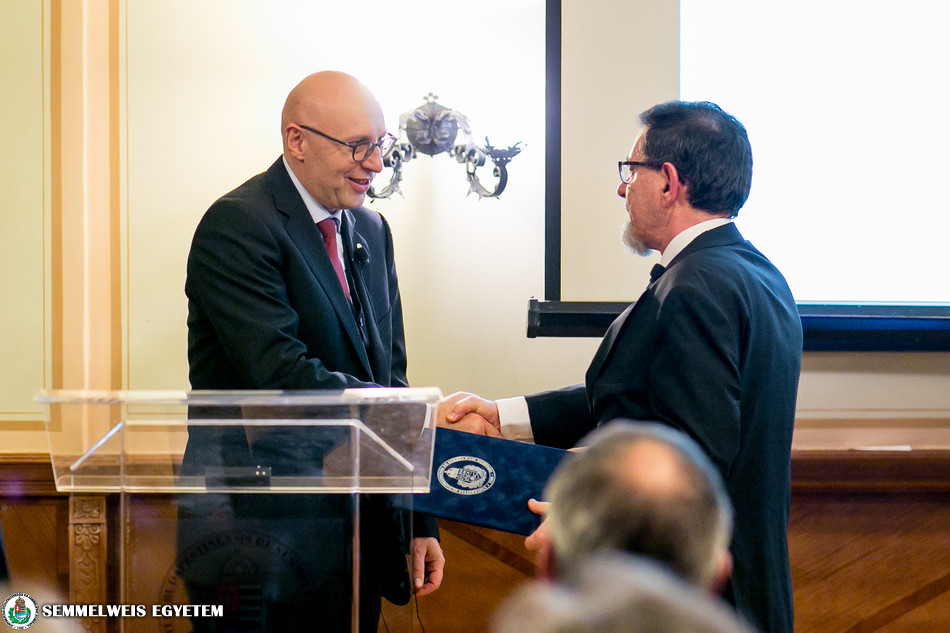 In the 20th century it was accepted by a large-scale audience that light microscopes cannot distinguish details smaller than 200-400 nanometer because of the diffraction limit determined by the physical laws of wave optics. In his lecture Dr. Hell introduced his discovery regarding the exceedance of the diffraction limit, in which he avoided the physical laws of wave optics by applying special fluorescent solutions. Out of the super-resolution microscopes it is the so called STED (“STimulated Emission Depletion”) microscope that can be directly linked to Dr. Hell’s method.

The special microscopy established by the discoveries of Nobel Prize winner researchers enables the foundations for a research where the researchers are able to have an insight within the molecular structure of a living cell and to be able to examine the movement of the separate cell parts at the same time. With the help of nanoscopy, researchers have the opportunity to distinguish separate molecules within the living cell and for instance to examine molecular connections among neurons. 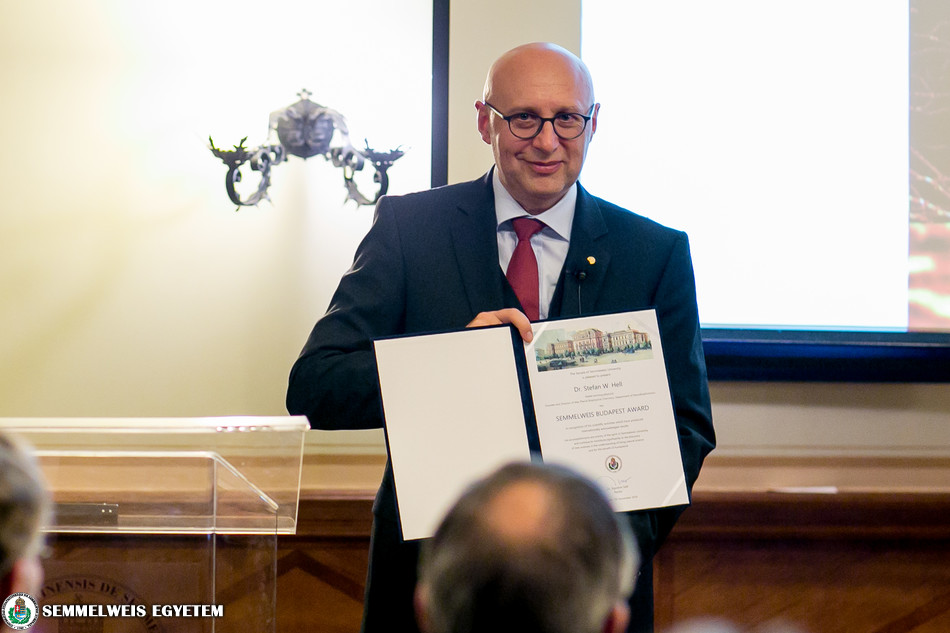 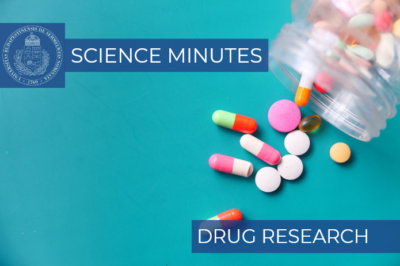 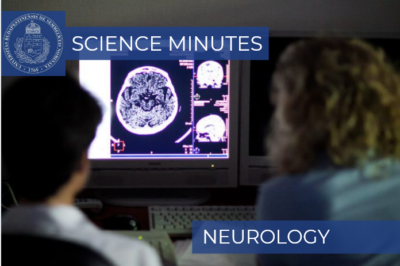