Number of vaccines administered at Semmelweis University - 07. August 2022
More information
Several basic ingredients and eight commercially available mouthwashes were tested by Hungarian scientists to establish their effect on the healthy epithelial cells of the gum. Researchers from Semmelweis University, Budapest incubated the healthy cells in the different compounds for 48 hours – a much longer time than the generally recommended 1-10 minutes daily use. Also, different concentrations of the rinsing liquids were tested. Nearly all of the compounds were toxic after such a long incubation time and in higher concentrations, therefore mouthwashes must be used strictly according to the producers’ and the dentists’ instructions – warn the researchers.

Mouthwashes are most often recommended to tackle harmful bacteria (pathogenic flora) by dentists. In a study recently published in the journal Clinical Oral Investigations Hungarian scientists examined the effect of some popular mouthwashes and their basic components on the healthy epithelial cells of the gum surrounding the teeth.

Dr. Zsófia Kőhidai from the Department of Oral Diagnostics at Semmelweis University, the first author of the study said:

The increased presence of abnormal bacteria in the mouth can lead to several illnesses including tooth decay or gingivitis, and it can also contribute to bad breath. The over-the-counter mouthwashes can help to reduce this pathogenic bacteria – but because they can be used at home without any professional supervision, we wanted to see if their potential overuse could damage the healthy cells in the mouth.

The researchers tested the most common base-compounds in mouthwashes – chlorhexidine, cetylpyridinium chloride, and hyperpure chlorine dioxide -, as well as eight different commercially available mouthwashes at lower and higher concentrations than those recommended by the manufacturers.

As no previous studies have been found on how quickly mouthwashes wash out after use, the researchers decided to test the effects of the compounds continuously and for a longer period of time.

We examined the cells beyond the parameters of everyday use: the healthy oral epithelial cells were kept in nutrient fluid containing the three basic compounds and the eight mouthwashes for 48 hours. Using a very sensitive method (impedimetry), we monitored the changes every 15 seconds in order to measure how the number of cells changed as a result of the treatments.

At the end of the experiment the tested compounds and the mouthwashes got categorised by a so-called Safety Index.

The analysis found that most of them caused some sort of destruction (minor or bigger) in the healthy epithelial cells over the 48-hour continuous test period. Hyper-pure chlorine-dioxide proved to be the safest, and mouthwashes containing chlorhexidine and cetylpyridinium-chloride showed the most relevant morphological changes in the healthy cells which also indicates a change in cell physiology. 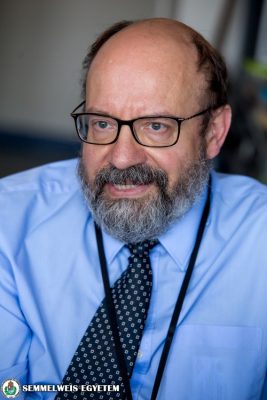 The study also wanted to establish if mouthwashes can induce a special, programmed form of cell death, apoptosis, and affect the viability of gingival epithelial cells. The results showed that along with the toxic effects highlighted above, the resistance of the cells also changed (decreased at certain compounds and concentrations, and increased at others). The researchers assume that this might be the result of a complex sequence of processes.

“The main conclusion of the research is that mouthwashes must be used as recommended on the packaging and in consultation with the dentist. It’s not that patients would lose their teeth in case of overuse – as the mouthwash clears away from the oral cavity with eating and drinking. However, everyone should use those products with care as in the long term even the healthy cells can be damaged.”

“Concentration, time, and the combination of components determine the effect of a mouthwash. Based on our results, the use of non-alcoholic mouthwashes is preferred because regular rinsing with alcohol can also be harmful.”

The researchers also suggest waiting at least half an hour between teeth wash and using mouthwash – in order to get it to work in full effect against the bacteria, but only for the time and amount recommended by the manufacturers.

The full study is available here.

Coronary Artery Diseases May Be Preventable: Insights from a Classical Twin Study 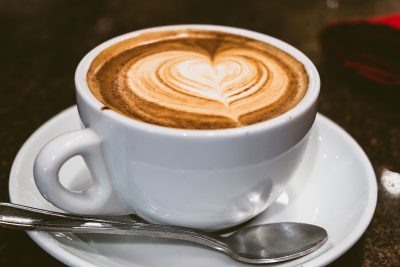 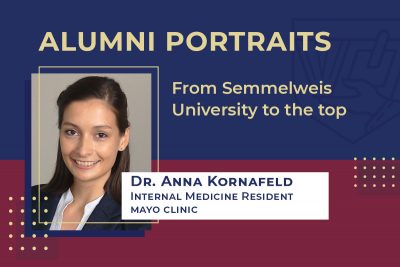 Dr. Anna Kornafeld: As a Semmelweis student, you can meet a lot of excellent masters