Number of vaccines administered at Semmelweis University - 05. December 2021
More information
Semmelweis University organized a congress of the International Society for Twin Studies (ISTS) for the second time in Budapest. The latest genetic, epigenetic and biological results of twin research were discussed by almost 250 delegates from 35 countries. 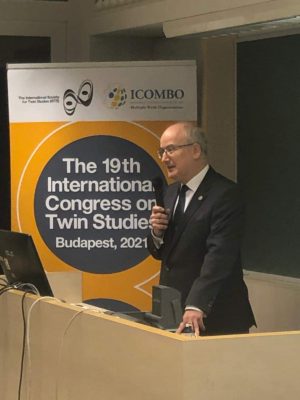 “This is the third time an ISTS meeting is held in Budapest. Back in 2014, our capital hosted the very first ISTS congress in Central-Eastern Europe and in 2019, an international workshop was held here by the Society, at Semmelweis University,” said Dr. Ádám Tárnoki, the organizer of the event and associate professor at the Radiology Department of the university’s Medical Imaging Center. This year, the organizers received approximately 250 registrations including 38 undergraduates, 44 postgraduate students, and 63 early-on researchers. This means that there are many young talents who are interested in this symposium, said the event host, being a twin and a doctor himself.

Dr. Miklós Kellermayer, Dean of the Faculty of Medicine greeted the participants by noting that there are three good reasons why the conference is at the best place in Budapest, hosted by Semmelweis University. First of all, Semmelweis has a fantastic twin registry, which is believed to be the most comprehensive of its kind in Central-Eastern Europe. Secondly, this institution is one of the prime universities in the region; in fact, it has moved up almost 150 places last year, in the Times Higher Education (THE) rankings, the dean stressed. The third and final reason for being a good host is that fellow workers of Semmelweis are excellent organizers. This meeting could not be held without the outstanding help of Ádám and Dávid Tárnoki, who are “key individuals” behind the aforementioned twin registry and also the success of this conference, Dr. Kellermayer said.

On behalf of the ISTS, President Jeffrey Craig addressed the participants, who praised the diversity of delegates. According to his account, twin researchers joined this scientific discussion from 35 countries all over the world. Out of the hundreds of registrations, almost 50 came from the International Council of Multiple Birth Organisations (ICOMBO), whose chairperson Dr. Monica Rankin forwarded her own message. ICOMBO members have much to learn from this conference; there is a real diversity of issues faced by multiple birth families across the world, but thankfully, there are also many opportunities for collaborative studies – said Dr. Jeffrey Craig, upon translating the chairperson’s words. As for his own, the ISTS President pointed out:

Time and again, we are shown that twin research is relevant for all society, and our models are standing up to scrutiny, he said. 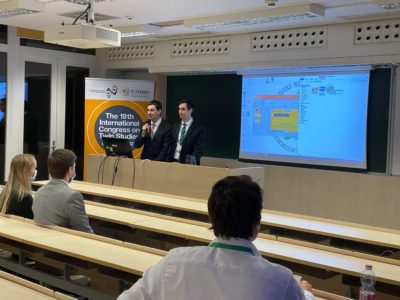 This year’s congress is the 19th international meeting of twin researchers. As for the program, the first two days started with online methodological workshops, where twin birth cohort studies and the methodology of twin imaging research were discussed, besides other topics – said Dr. Ádám Tárnoki. The third and fourth day of the conference continued with scientific sections, where the organizers devoted a separate section to the coronavirus and related twin research. Besides the presentation of epigenetic studies, psychological, biological and social twin research were listed among the main topics. There is a great novelty in the discovery published by Dutch twin researchers a few months ago, reporting that identical twins can be identified on the basis of a special epigenetic pattern. This was also dealt with in a separate section, according to Dr. Tárnoki.

The population-based Hungarian Twin Register established at Semmelweis University was considered a topic of high interest as well, since it provides an opportunity to explore new observations and unexplored correlations in many fields of science. This may contribute to the preservation of health, the prevention of diseases and the development of more effective treatments, he pointed out. Experts also discussed the stage of twin registries in developing countries, as well as studies on the development of neurological disorders among twins, such as the background of dementia or depression, but also on factors predisposing to cancer.

During the four-day conference, several scientific books focusing on twins were presented, like the one edited by Dr. Ádám Tárnoki and his twin brother Dávid. It is planned to be published next spring under the title “Twin Research for Everyone: From Biology to Health, Epigenetics and Psychology”. 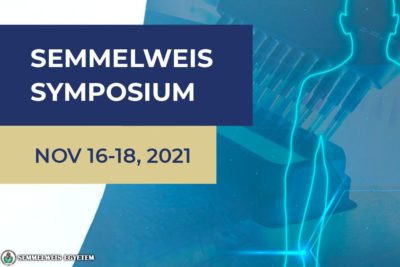 This year's Semmelweis Symposium to focus on clinical research 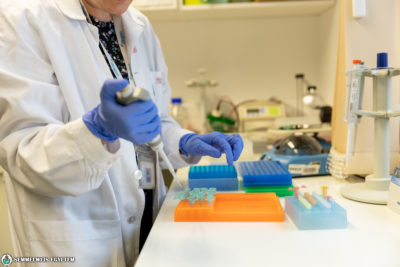 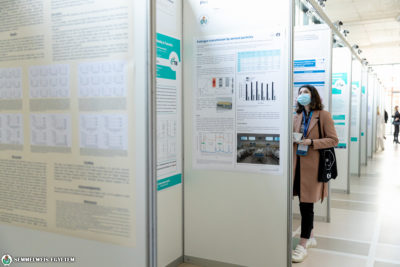