A group of cells regulating the response to threat have been identified in the brain by researchers at Semmelweis University. The research project was realized in an international collaboration, led by the Research Group of Experimental Neuroanatomy and Developmental Biology operating in the framework of the Hungarian Brain Research Program (NAP). The research results have been published in one of the most prestigious international journals, the Proceedings of the National Academy of Sciences of the U.S.A.

The amygdala is located in the temporal lobes of the hemispheres of the brain and plays an important role in processing and storing emotional reactions. Researchers have identified a group of cells in this area that play a critical role in giving a response in case of a threatening situation. They were trying to find what is the cerebral regulatory process that initiates the behavioral response to a danger stimulus. The response to threat is a reaction made up of very ancient, innate and simple panels, which is one of the basic conditions for survival in evolution. 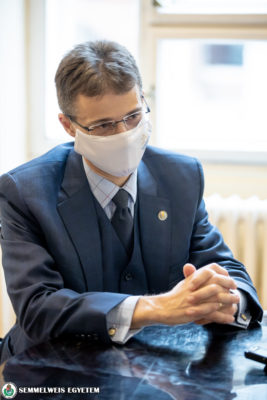 “We have precisely defined the neurons in an area of ​​the brain that are responsible for the response to fear and we have also identified the mechanism enabling or inhibiting this group of cells to produce threat responses.”, said Dr. Alán Alpár, Head of the Research Group of Experimental Neuroanatomy and Developmental Biology of Semmelweis University operating in the framework of the Hungarian Brain Research Program (NAP), Head of the Department of Anatomy, Histology and Embryology and the corresponding author of the recently published publication.

The identified group of cells have a critical, sort of a gatekeeper role in this process, by being part of a complex regulatory circuit, a complex chain, and regulating the function of the surrounding neurons. As Dr. Alán Alpár highlighted, that is why they precisely defined the cells’ location and their neurological features during the research.

The cell population, as well as their function, had been identified in animal models by the researchers.  With the help of samples from the Human Brain Tissue Bank led by Professor Dr. Miklós Palkovits at Semmelweis University and also funded by NAP, cells with the same neurochemical properties were identified in the amygdala of the human brain in the same area.

“Functional studies have not yet been performed in humans, however, as a critical molecular mechanism has been identified, this cell group may even serve as a drug target in the long run.”, said Dr. Alán Alpár.

In addition to the identification of new molecular actors, the Head of the Department of Anatomy, Histology and Embryology highlighted the description of the new cellular mechanism. In the neurogenetic studies the role of a protein molecule has been identified in the process that allows a cell to place its receptors responsible for intercellular contact on the cell membrane, i.e., the outer surface of the cell, enabling the neurotransmitter to bind to it.

According to Dr. Alán Alpár, if extracellular receptor placement in a given area of the brain can be prevented, it would be a slight intervention regarding the overall functioning of the human body, but it could still play a huge role in producing a particular behavioral response. This is the reason why the mechanism they described, which defines the movement of specific receptor subunits, may even be a therapeutic target in the long run.

In the research project, the university team is in collaboration with Professor Dr. Tibor Harkány, Head of the Department of Molecular Neurosciences at the Medical University of Vienna, as well as with Professor Dr. Tomas Hökfelt from Karolinska Institute, who was the recipient of the Semmelweis Budapest Award in 2015. The research group led by Dr. Katalin Schlett (Department of Physiology and Neurobiology, Eötvös Loránd University), funded by NAP, as well as Dr. Dóra Zelena (Institute of Experimental Medicine) also participated in the research work. The publication entitled “Secretagogin marks amygdaloid PKCd interneurons and modulates NMDA receptor availability” has recently been published in one of the most prestigious international journals, the Proceedings of the National Academy of Sciences of the U.S.A. Its first author is Dr. Zsófia Hevesi, PhD student, whose supervisor is Dr. Alán Alpár. 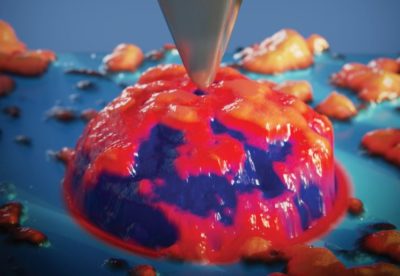 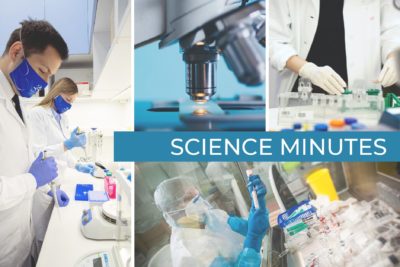