The Instructor Self-Help Group and the Students’ Union organized a large-scale ball for the students in the 250th anniversary year. Nearly 520 students celebrated together at the NET building, which was adorned with blue and gold decorations in honour of the event. The ball was opened by Dr. Béla Merkely, Rector and patron of the event, which was followed by singing, dancing and recitation by students.

“This ball occupies a special place among the series of anniversary events, as it provides entertainment for both students and teachers. The traditions of the past 250 years have a binding force and guides us on our way into the next 250 years.”, Dr. Béla Merkely, Rector said in his opening speech.

He also thanked the Instructor Self-Help Group and the Students’ Union for organizing the ball. 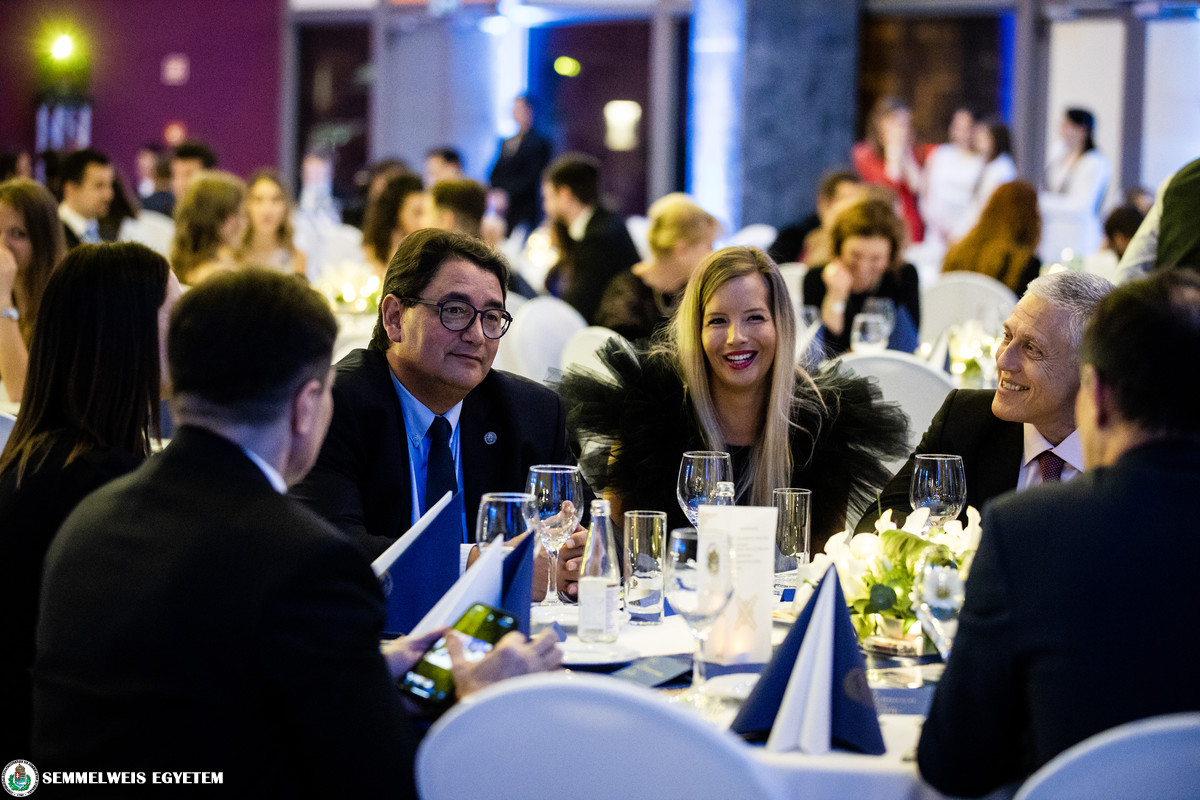 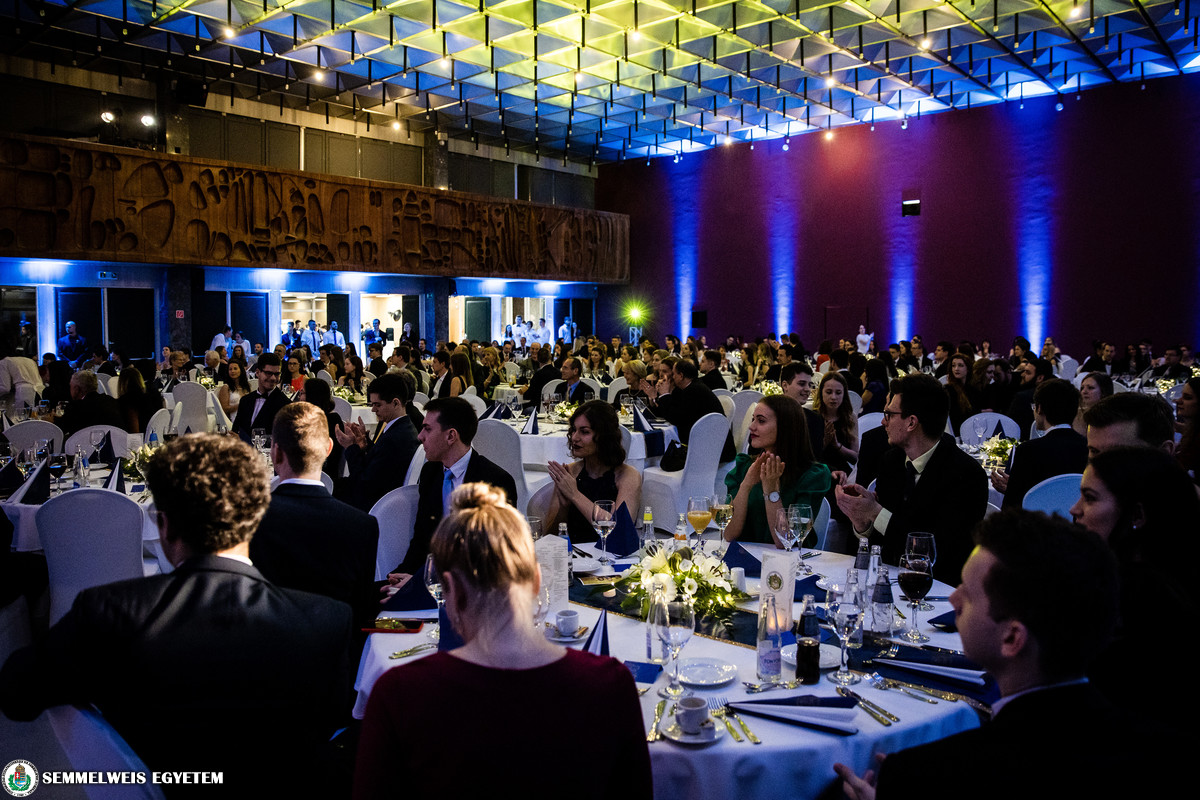 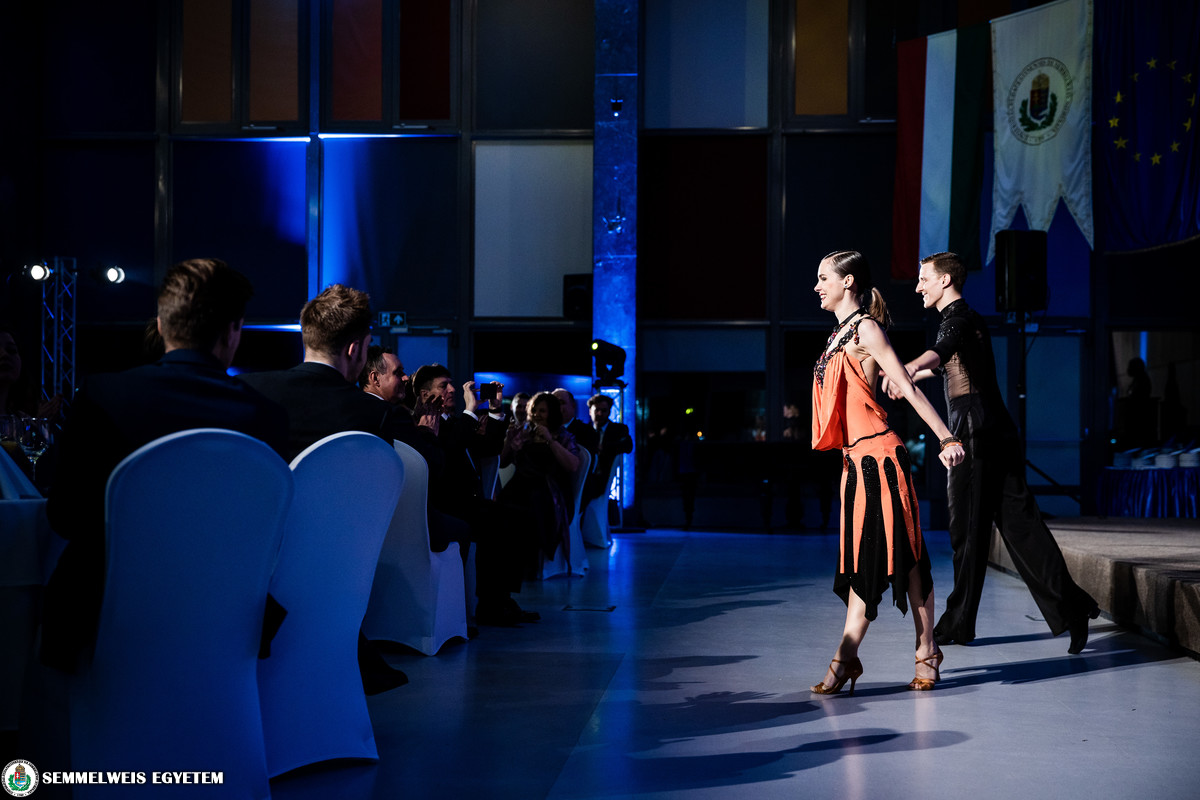 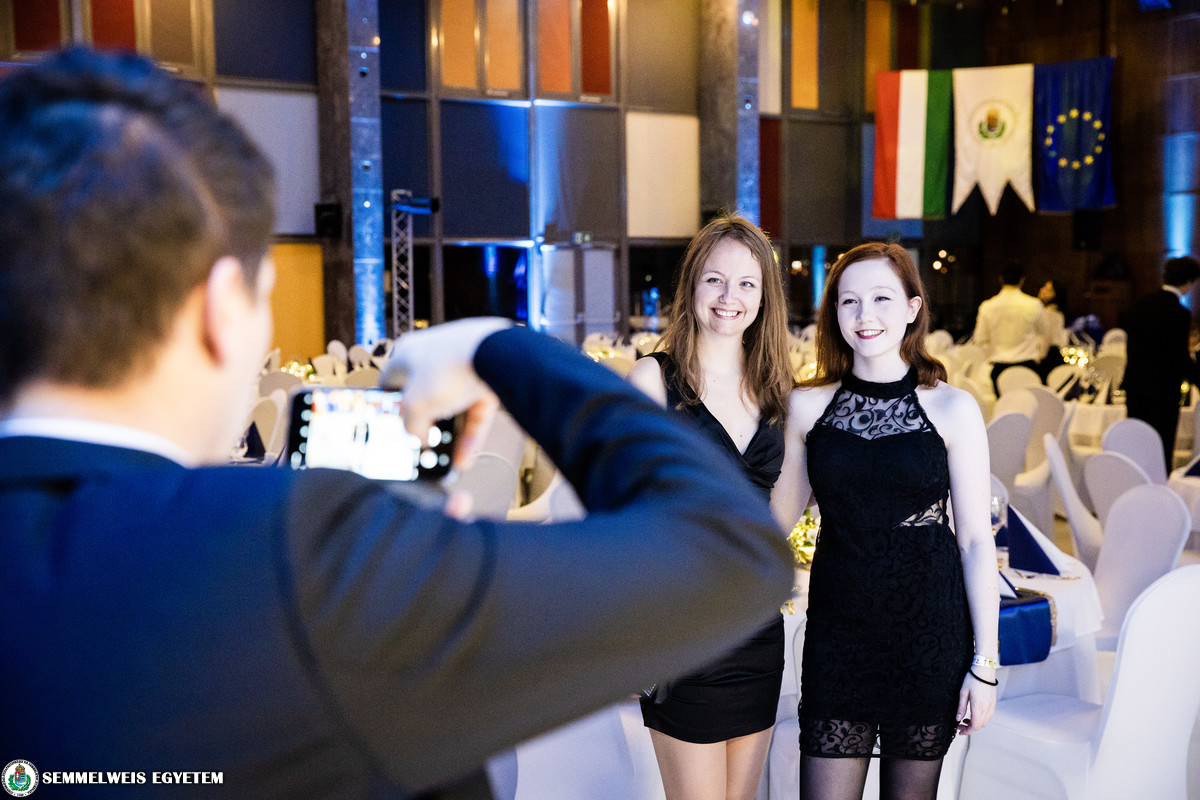 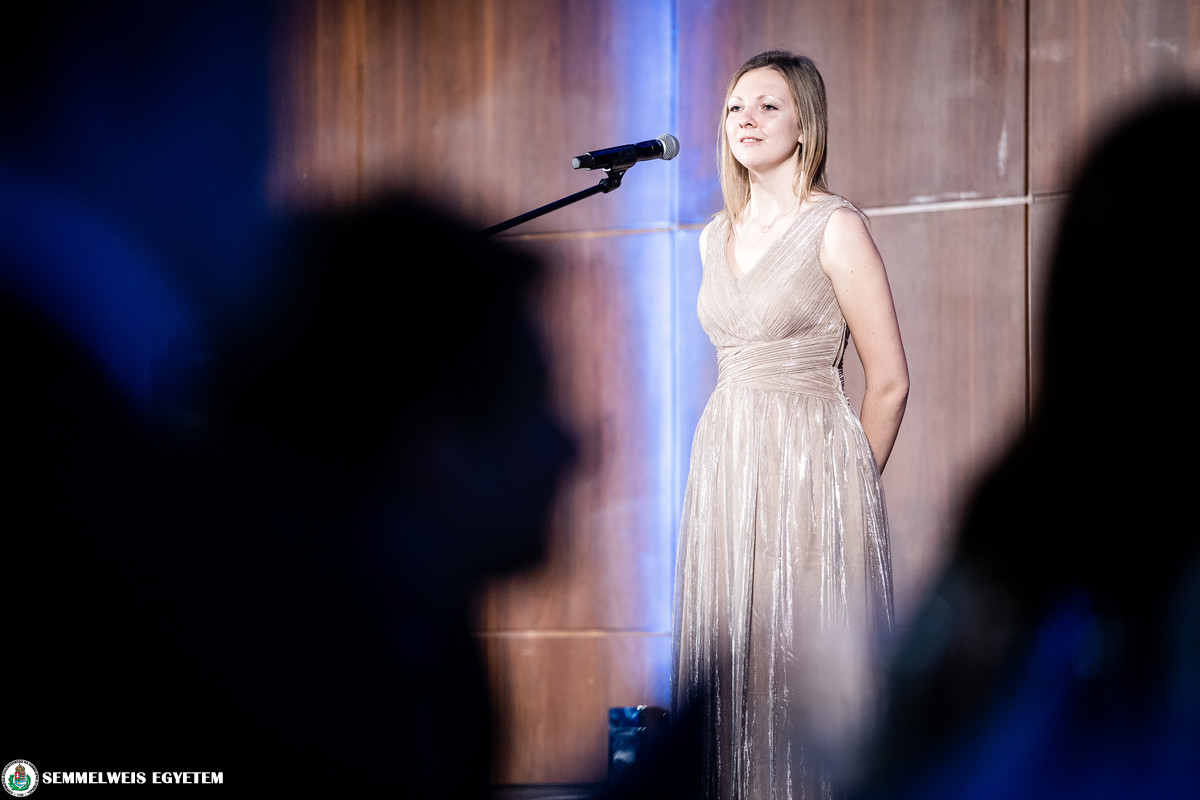 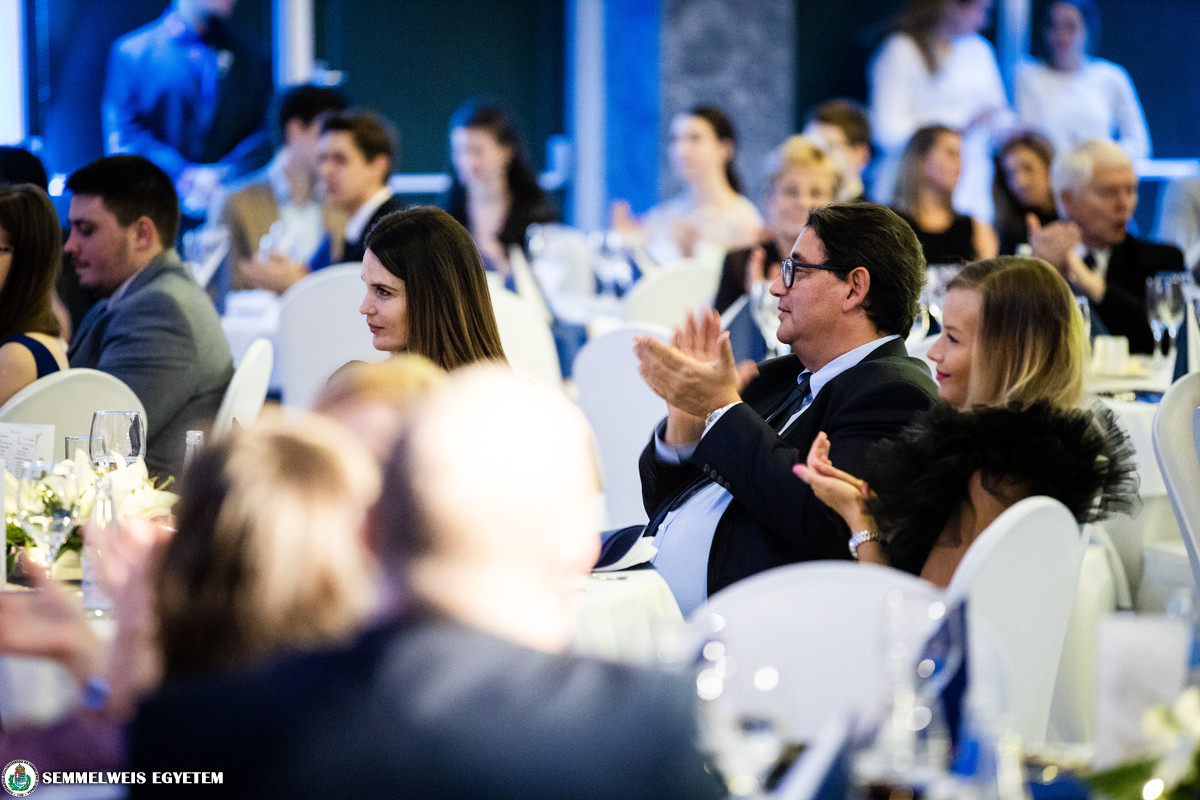 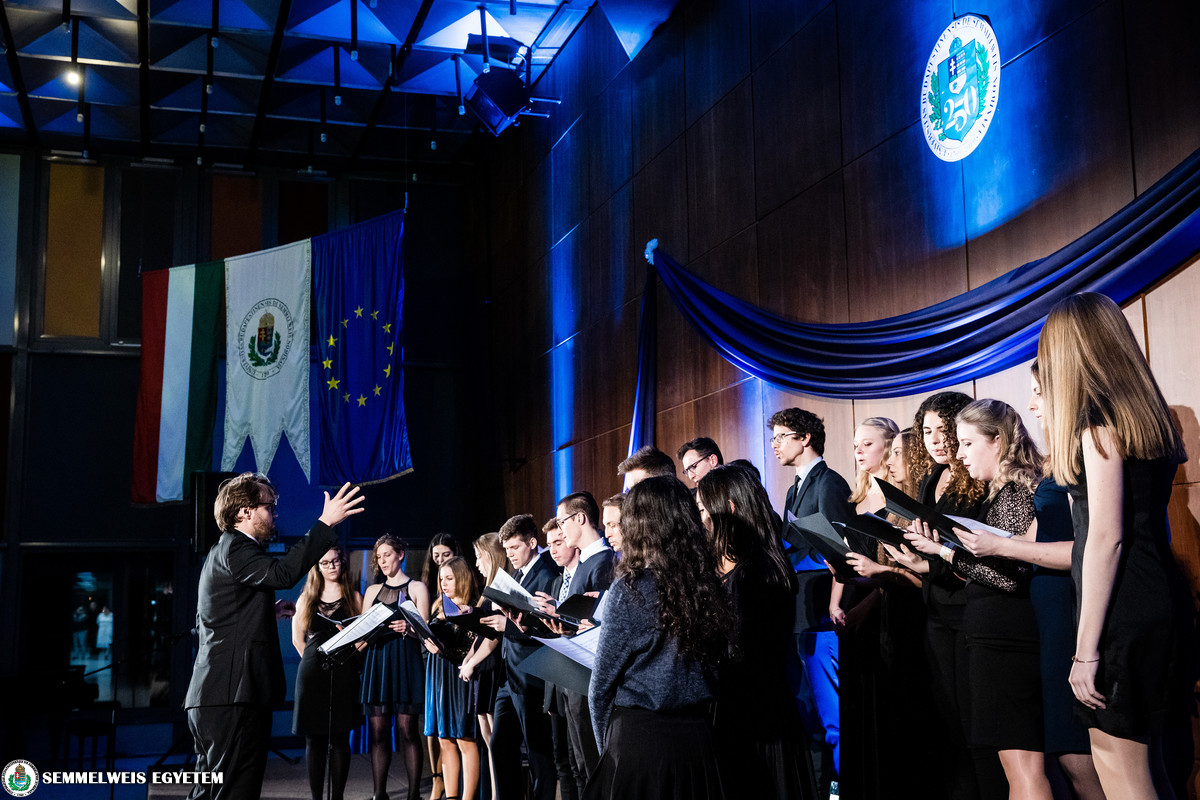 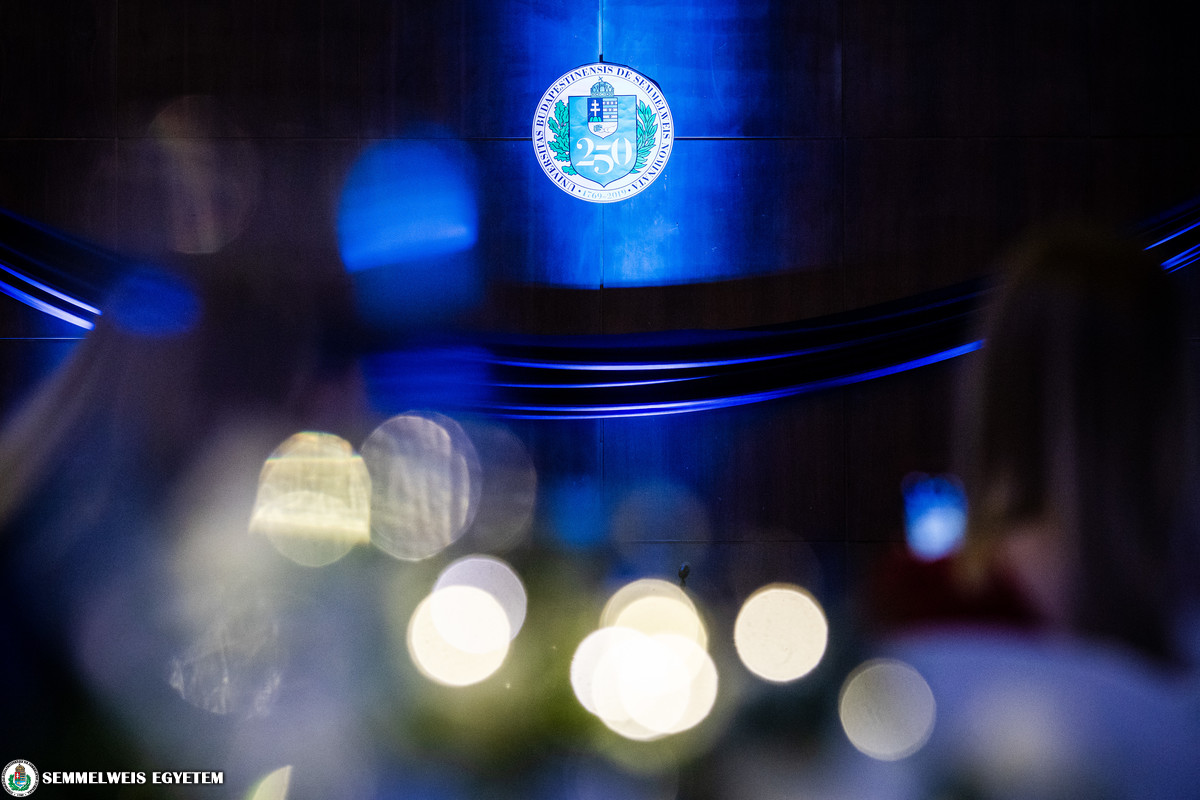 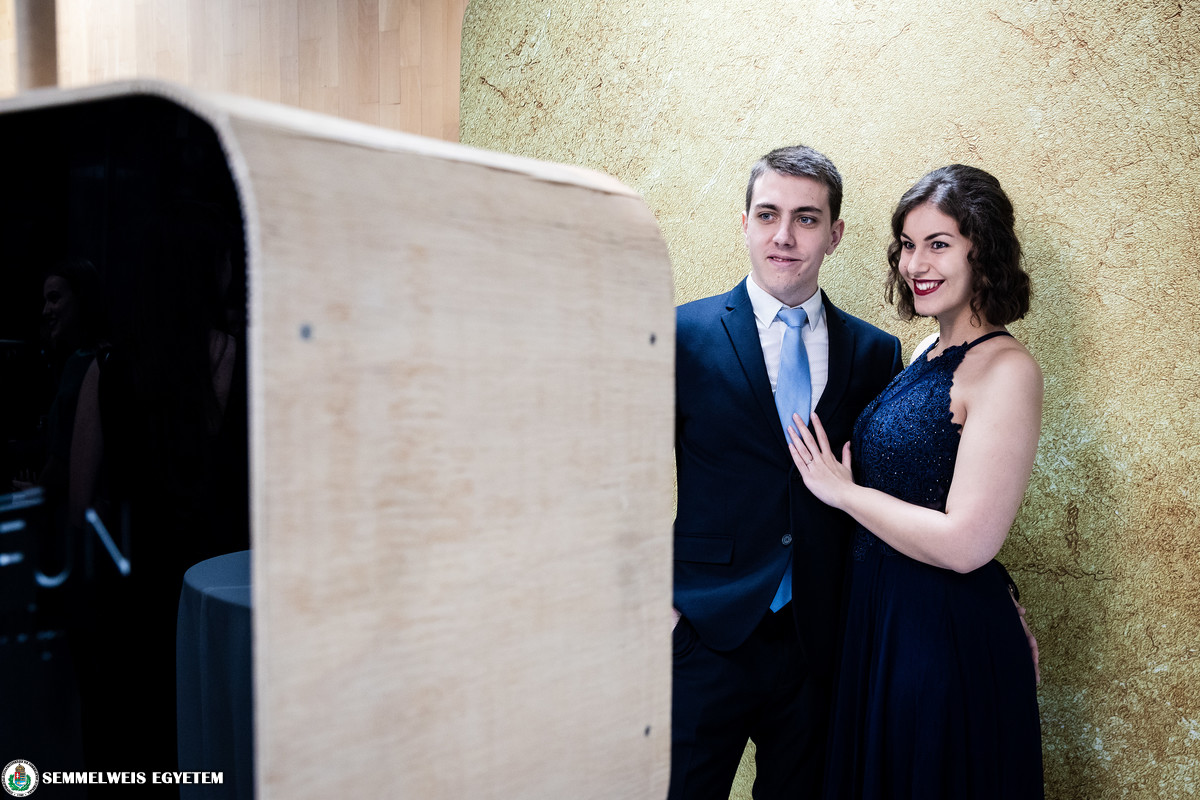 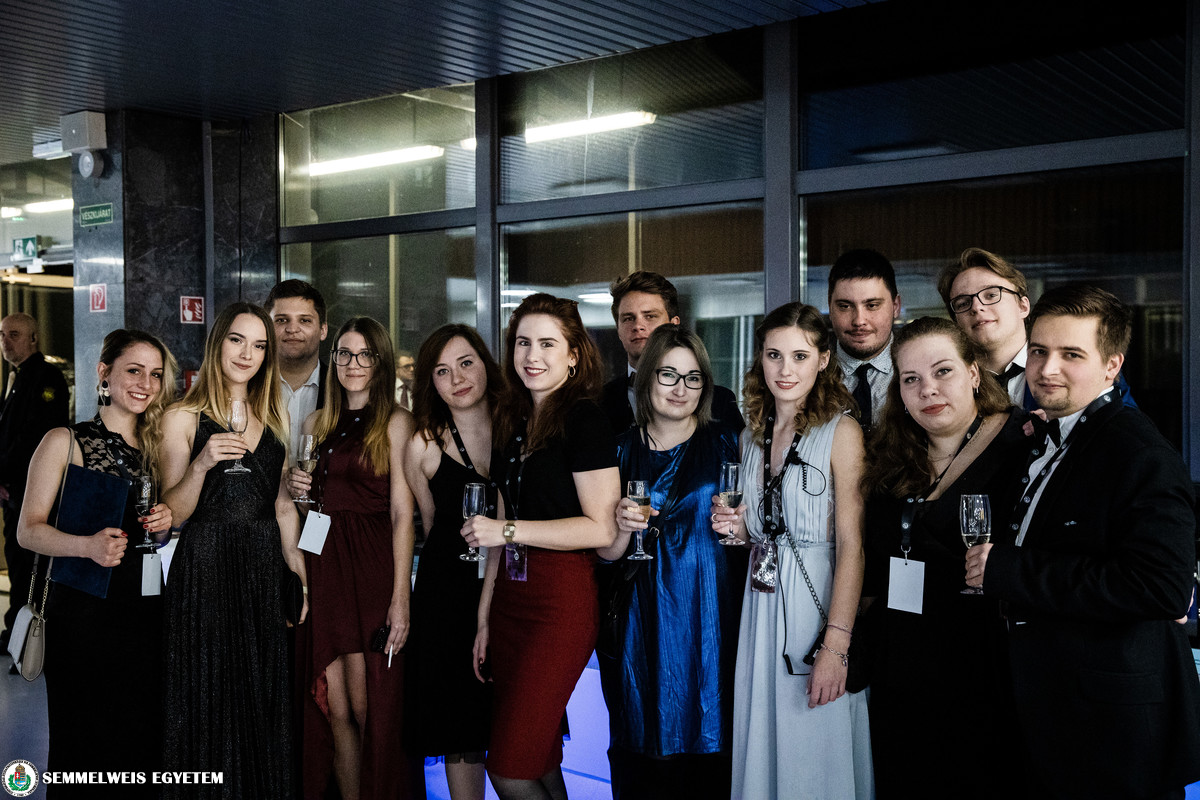 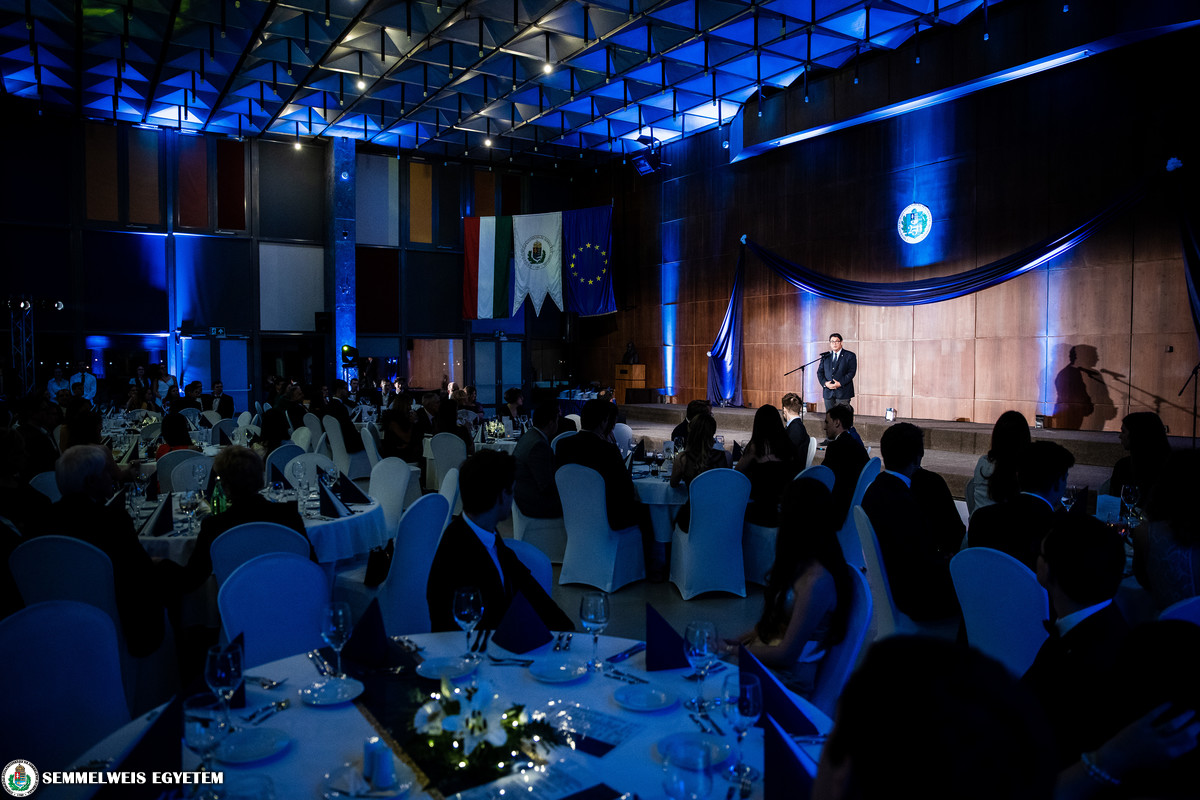 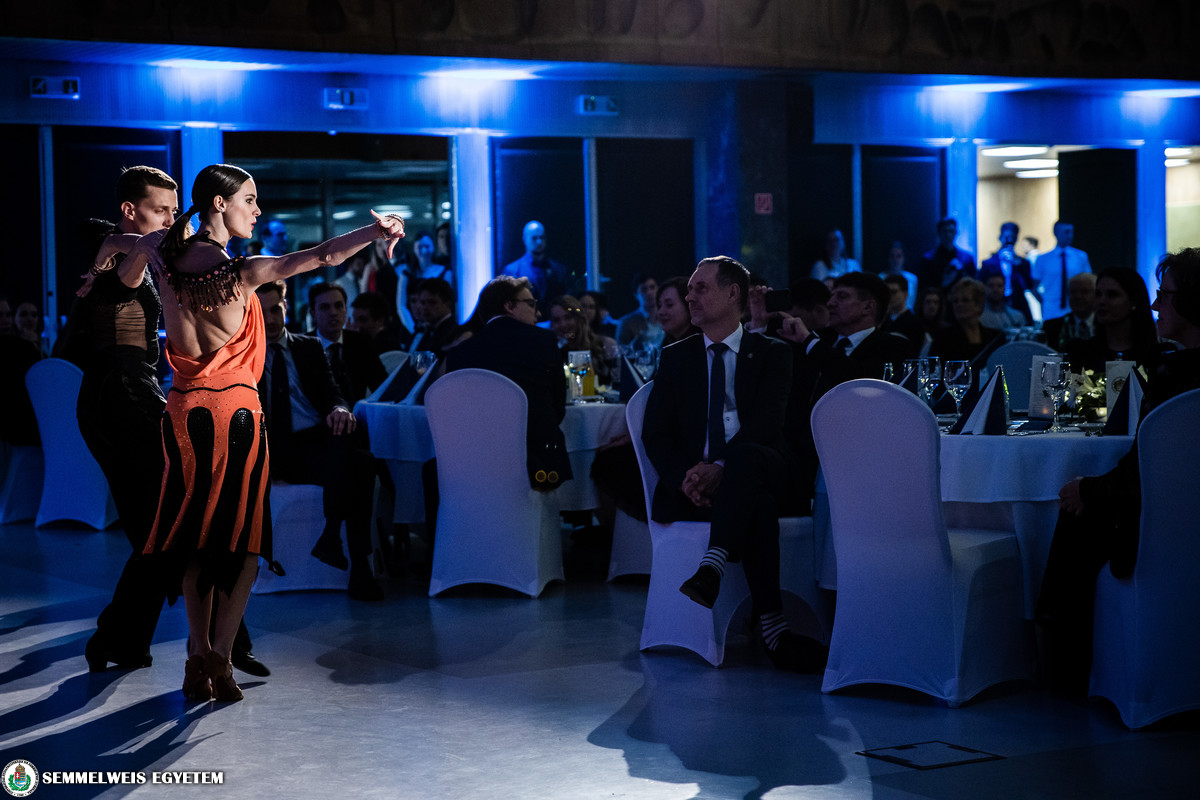 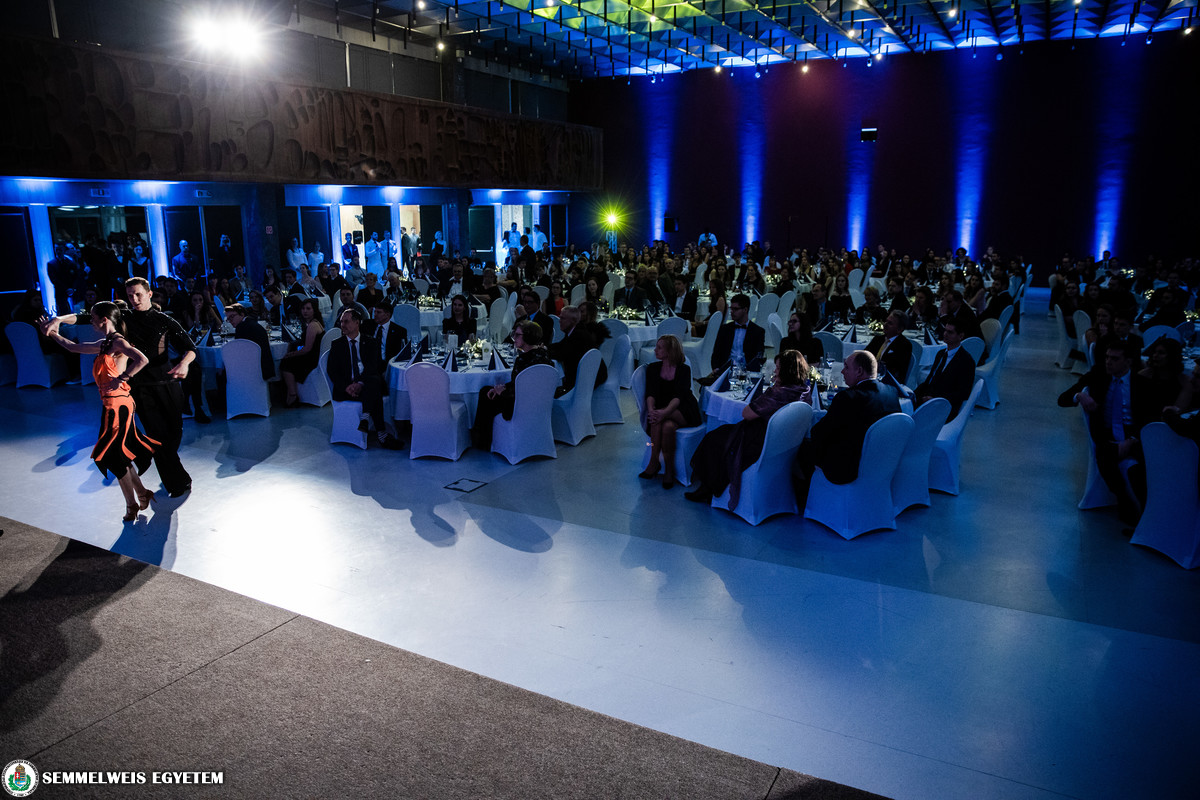 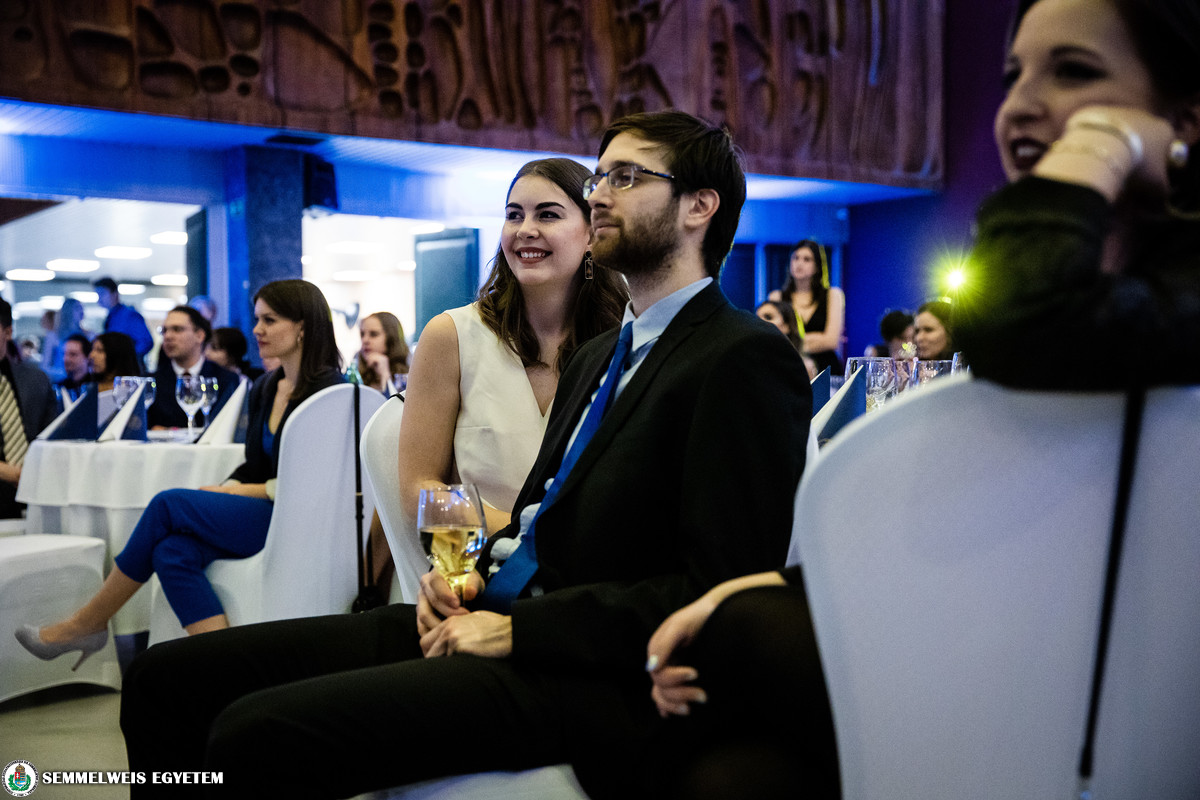 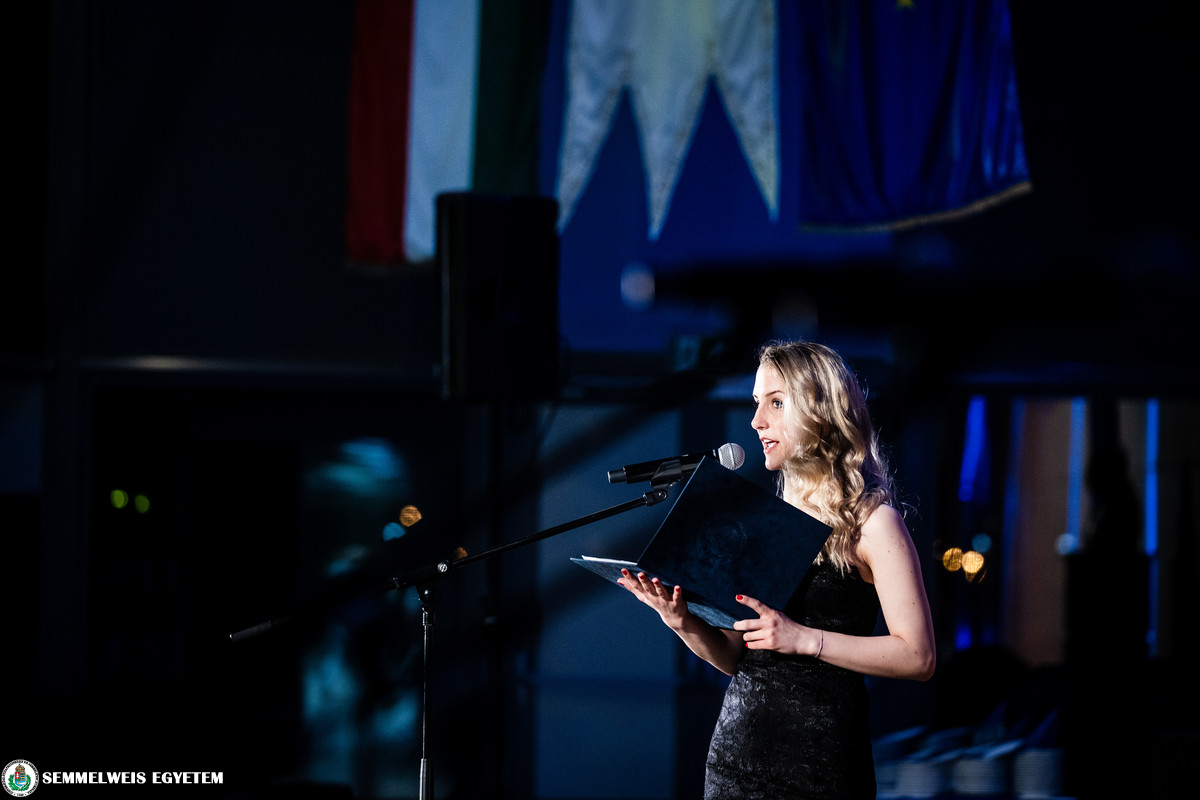 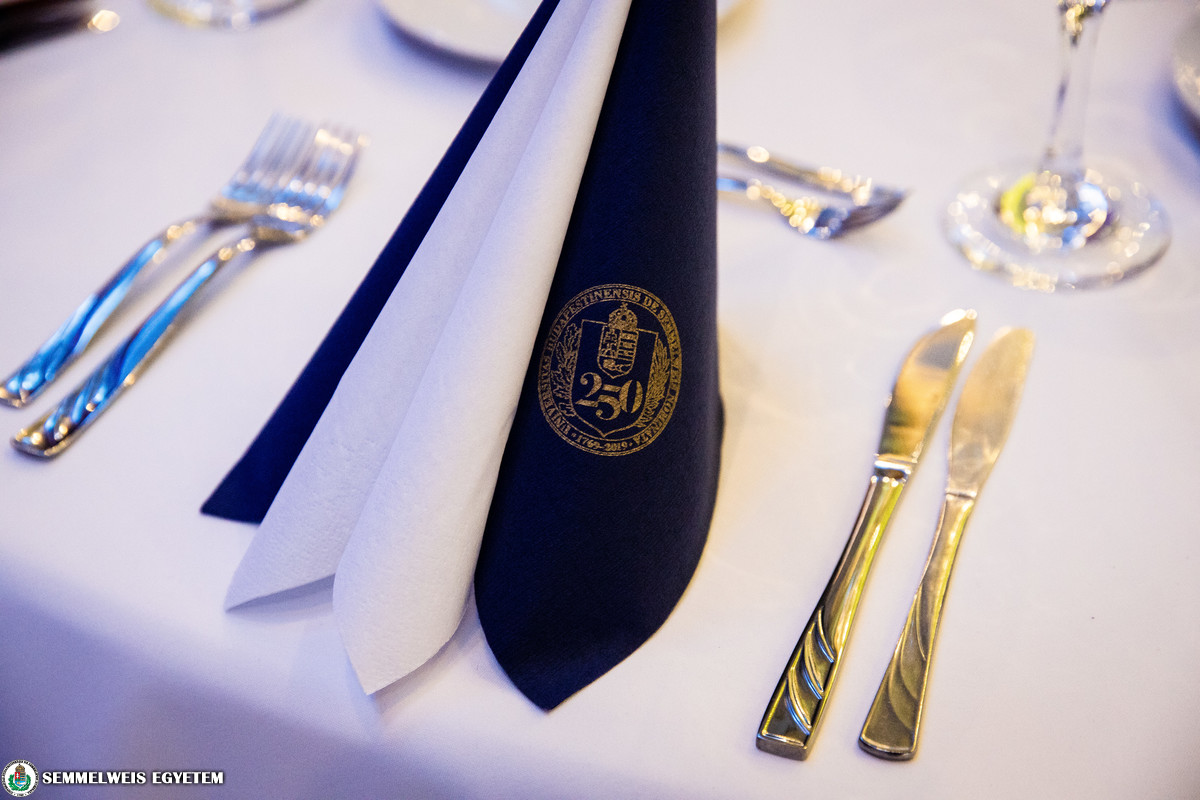 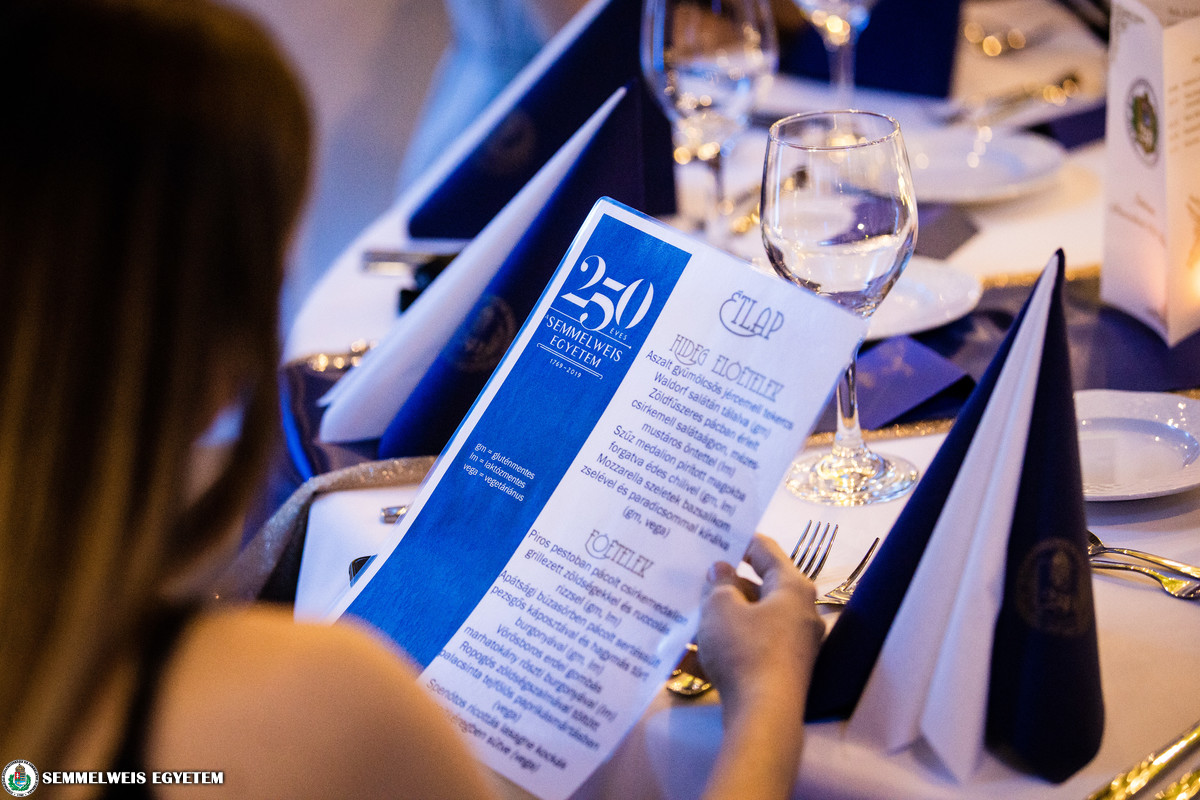 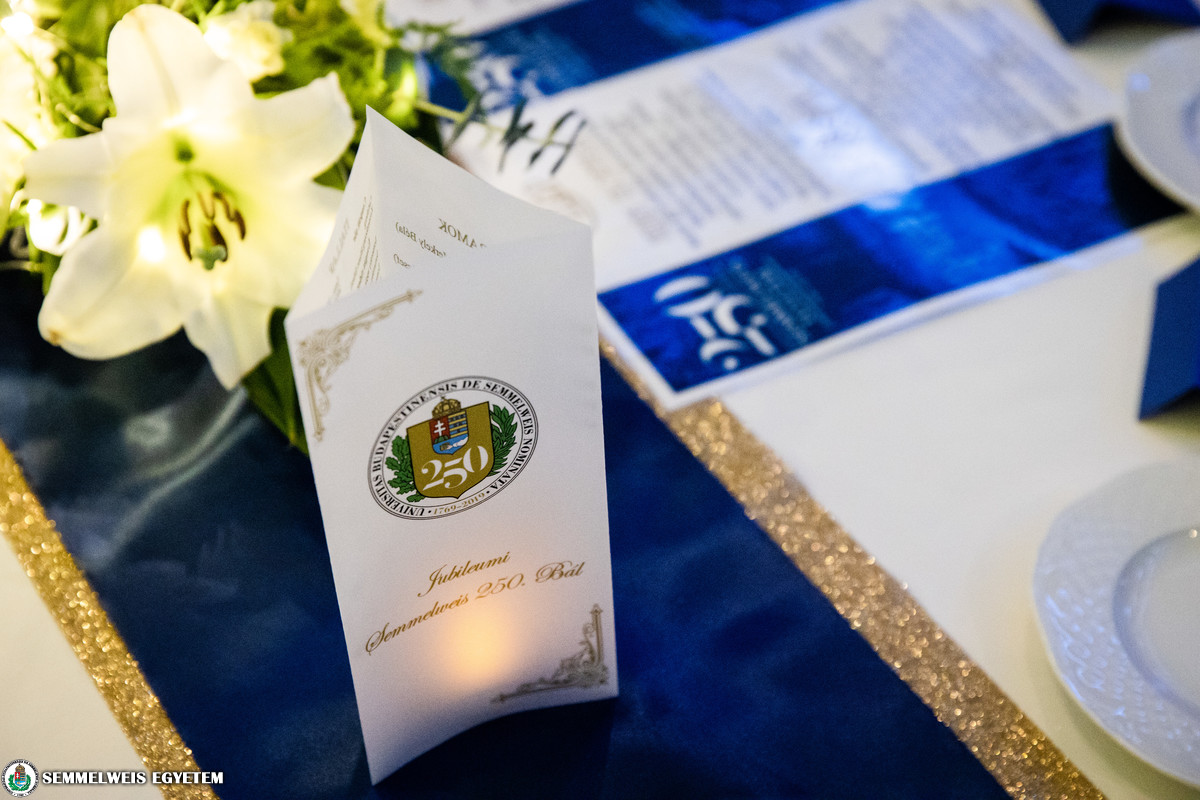 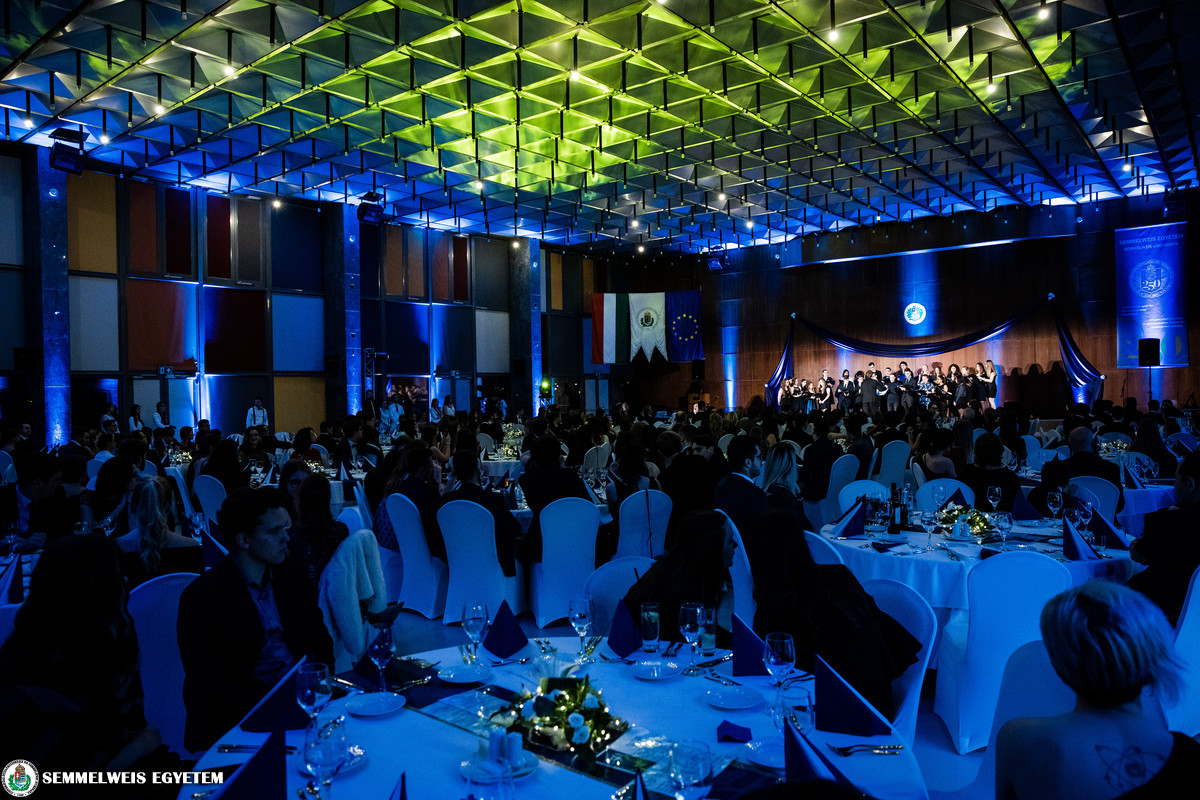 As part of the opening ceremony, singing, recitation and dance performances were presented by university students. The first performance was a Latin American dance by Beáta Somfalvi, 5th year student of medicine and Dr. József Saláta, dentist at the Department of Prosthodontics. They have been dancing together for nine years with great results: four times national, eight times district champions and they came fourth in the U21 championship. The dance performance was followed by Anna Király, 4th year medical student reciting a poem by Attila József and finally, the Semmelweis Choir stepped upon the decks.

Following the buffet dinner the Brass Dance group played and the ball was opened with a waltz. For the rest of the evening, The Carbonfools and DJs provided the music. Nearly 200 instructors and students from the Students’ Union took active part in organizing the event. 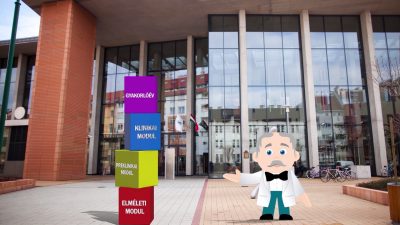 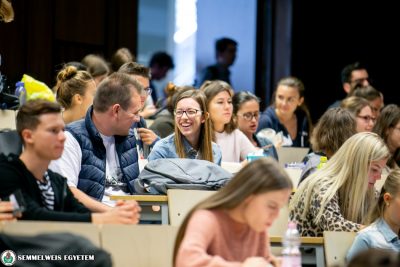 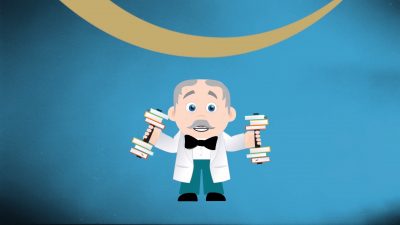