During the First World War, the number of students at the university fell by half due to the conscriptions, while the number of beds doubled to accommodate incoming wounded soldiers. Also as a result of the war, the production of artificial limbs went through rapid development, and the treatment of combat stress came into focus. In our series leading up to the 250th anniversary of the university’s founding, we continue our brief overview of the effect that great historical events had on the university.

The First World War that started in 1914 brought never before experienced ordeals to all belligerents, while its biggest loser can be considered to be the dual monarchy of Austria-Hungary, which was dissolved by the end of the war, and within this, Hungary itself. From the start of the war, the need for health care professionals suddenly increased on the part of the army as well as on the home front (as a result of the conscriptions), but this need became increasingly hard to fulfill, as the capacity of the medical faculty had in the meantime significantly diminished. Already in the first academic year under the war, 218 people were drafted into the military from the total faculty assistant staff of 293. The professors of the two departments of surgery, Pál Kuzmik and Gyula Dollinger (who was 65) volunteered for field duty. In 1915, commissioned by the Welfare Office for War Invalids, Dollinger organized the creation of a workshop to manufacture artificial limbs with Miksa Reich, which quickly developed into an entire factory. The lecturers Leó Liebermann and Hugó Preisz also volunteered for service, in order to direct mobile army laboratories with the purpose of preventing the outbreak of diseases. The dean published an appeal to students in September 1914 requesting volunteers to serve as nurses and physicians’ assistants, to which more than 600 students responded. In the beginning, only upperclassmen were conscripted, but in February 1915 already students from every year were drafted into the Landsturm reserve military force. The student body that had numbered almost 3000 before the war fell to 1554 people by the 1916-17 academic year. Of the 150 pharmacy students who signed up in 1914, only 53 remained by February 1915. The drafted male students were gradually replaced by women. 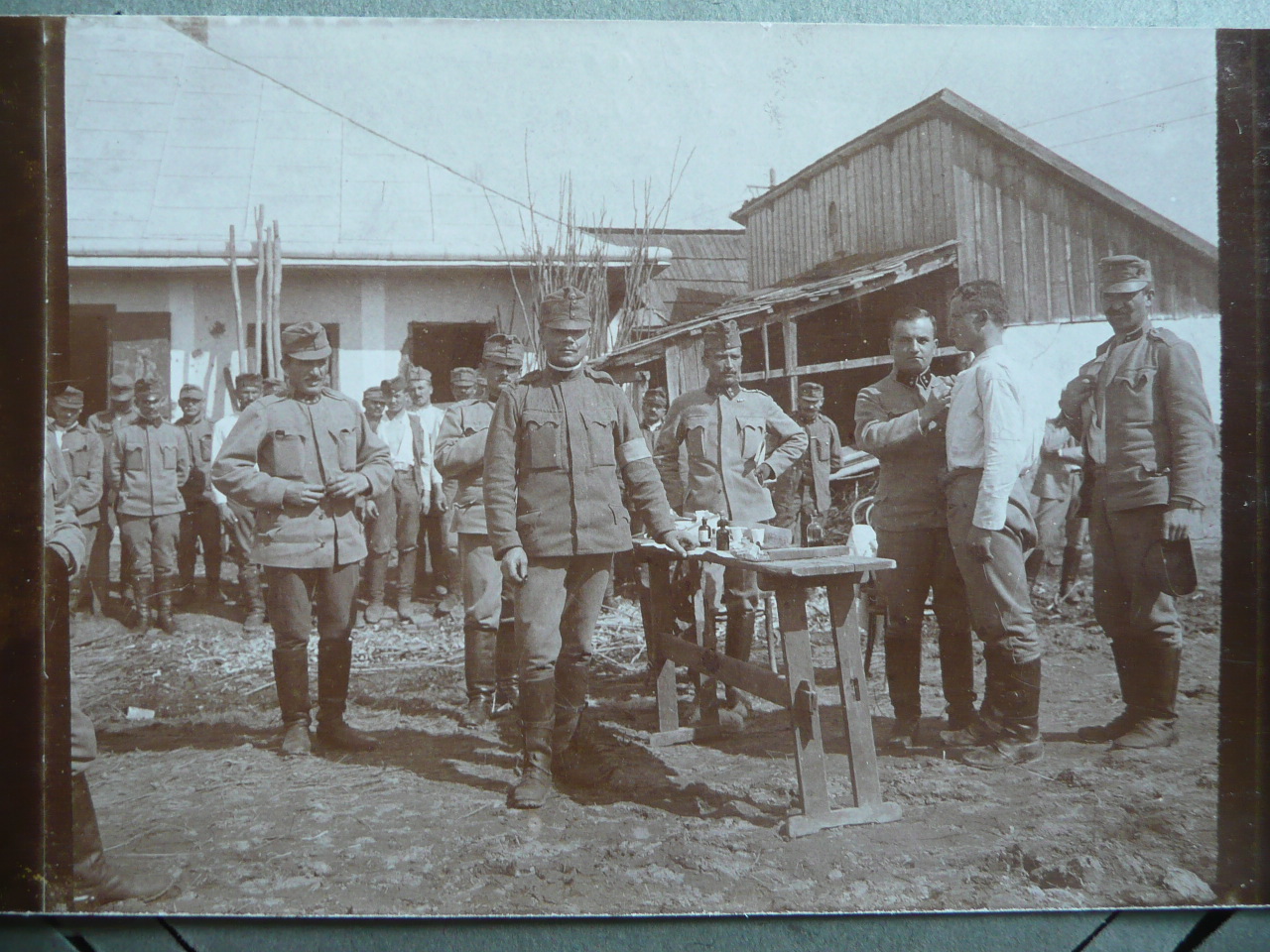 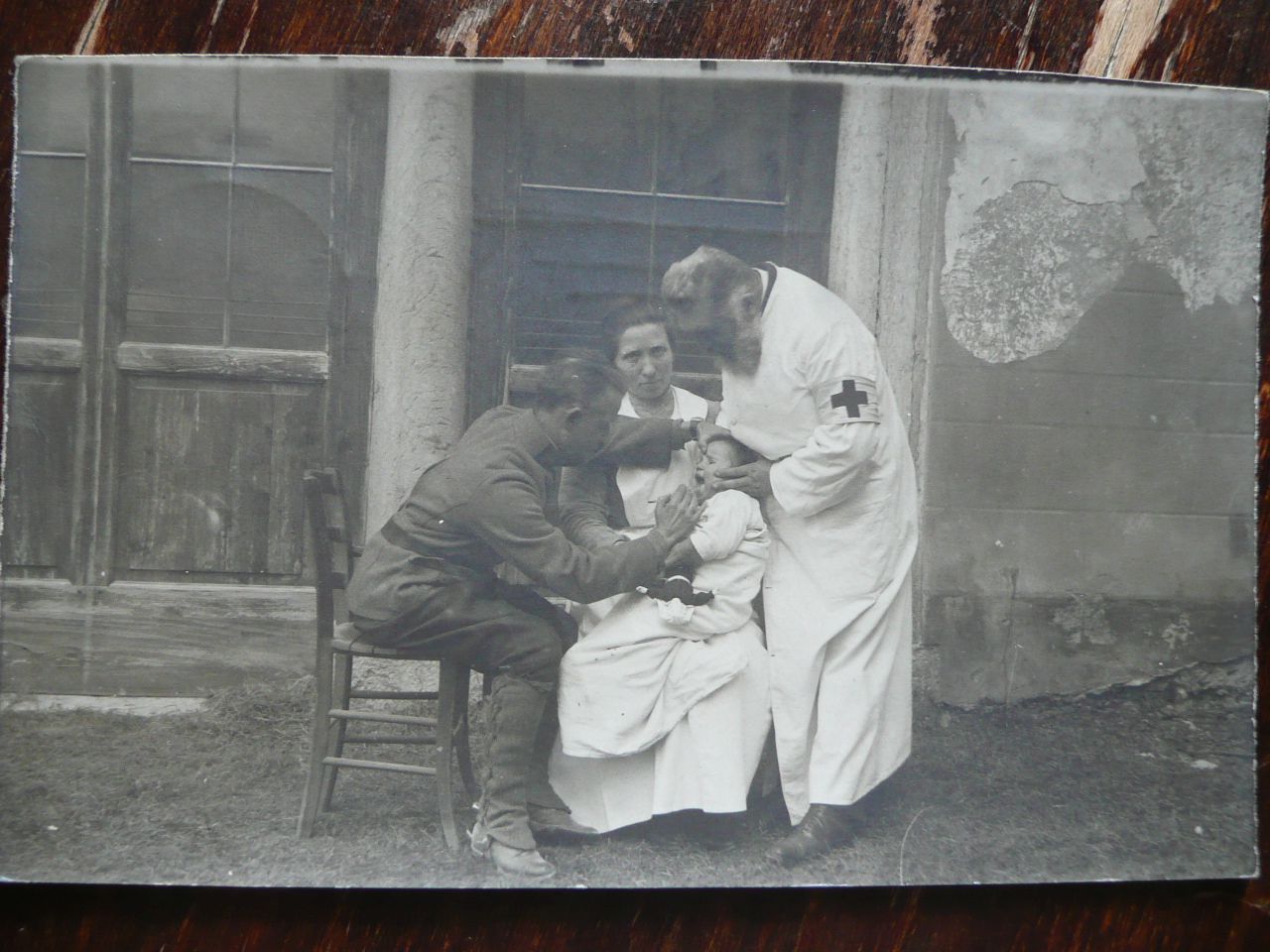 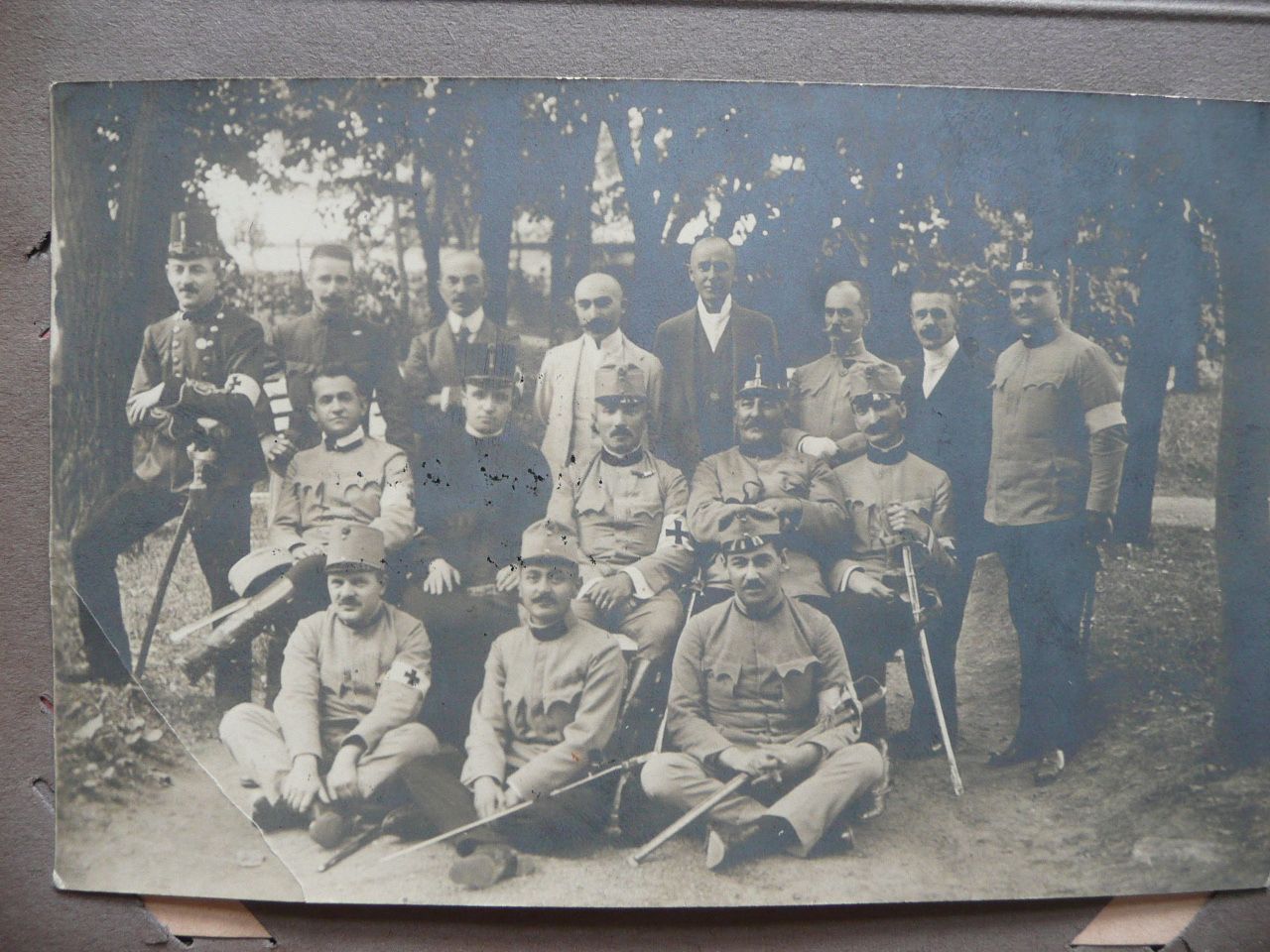 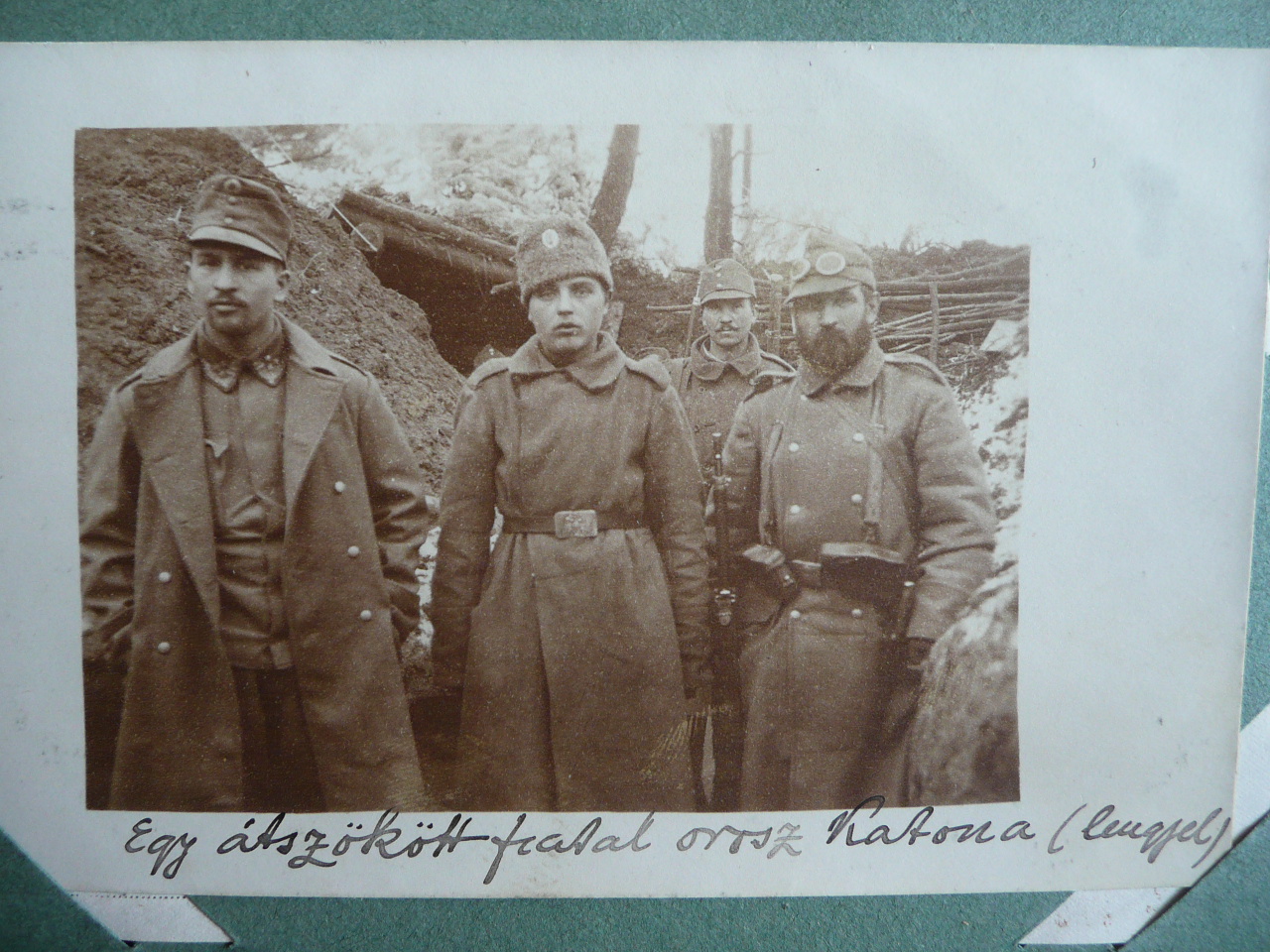 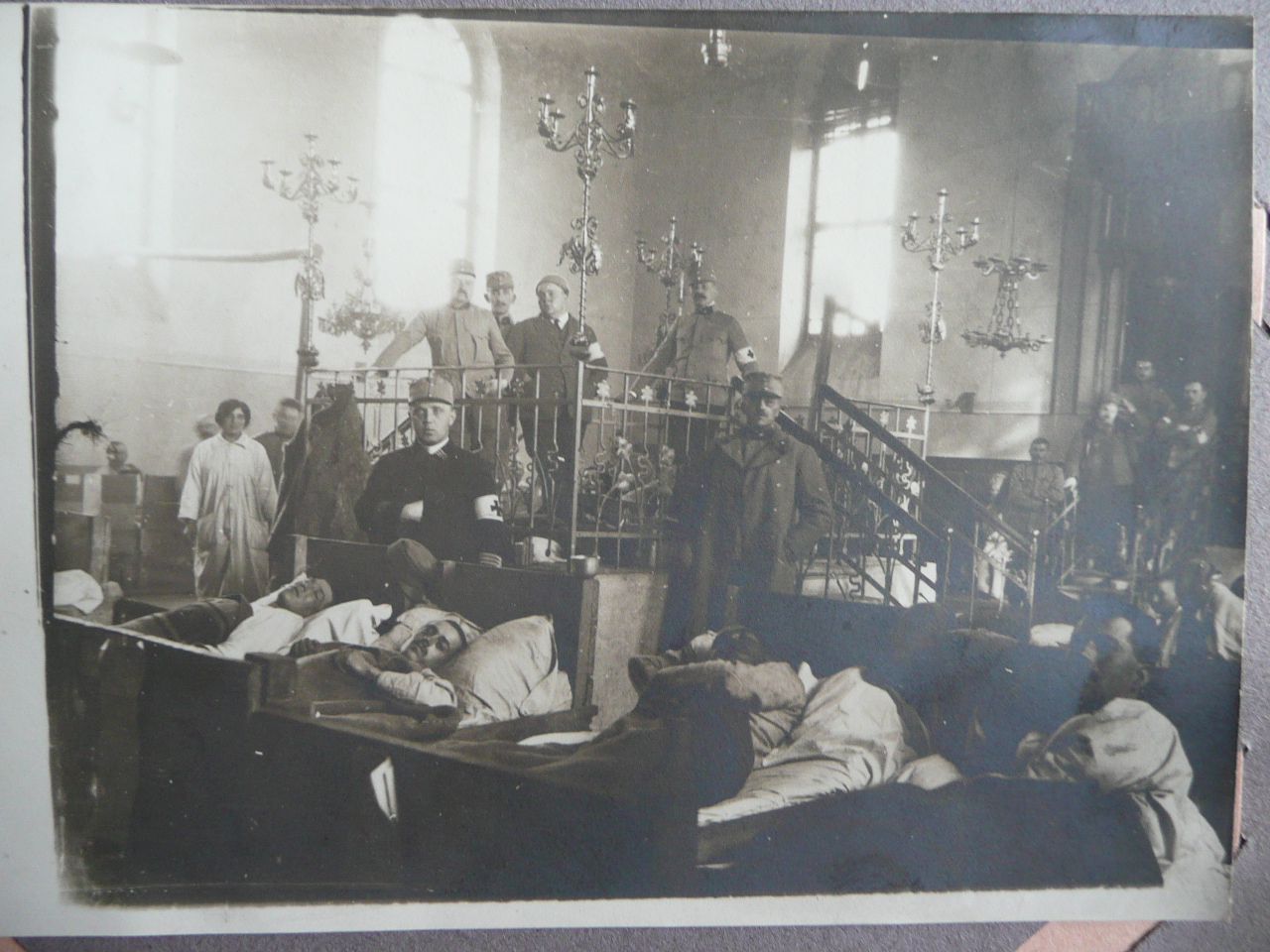 Elemér Hainiss, who later taught at the department of pediatrics, gave an account in a letter written in 1915 to his master and boss János Bókay about his experiences on the Galician battlefield: “Dear Sir! Despite the fact that circumstances have called be to the battlefield and I cannot work at the pediatric clinic, I spend a lot of time practicing pediatric medicine. In addition to My Dear Professor’s book providing constant reading material for me during the war, every time we spend a few days in a village, hosts of mothers with sick children come to get advice. In Poland especially many people came to me for help. Currently we are treating sick Russian prisoners that were captured by our troops. Additionally, I am vaccinating freshly arriving prisoner transports against ch. (cholera), before they travel into the interior of the country. I have many good notes about people who have recovered from ch. Respectfully yours, Dr. Elemér Hainiss 1915.V.15.” (János Bókay’s correspondence is stored in the library of the 1st Department of Pediatrics – ed.) 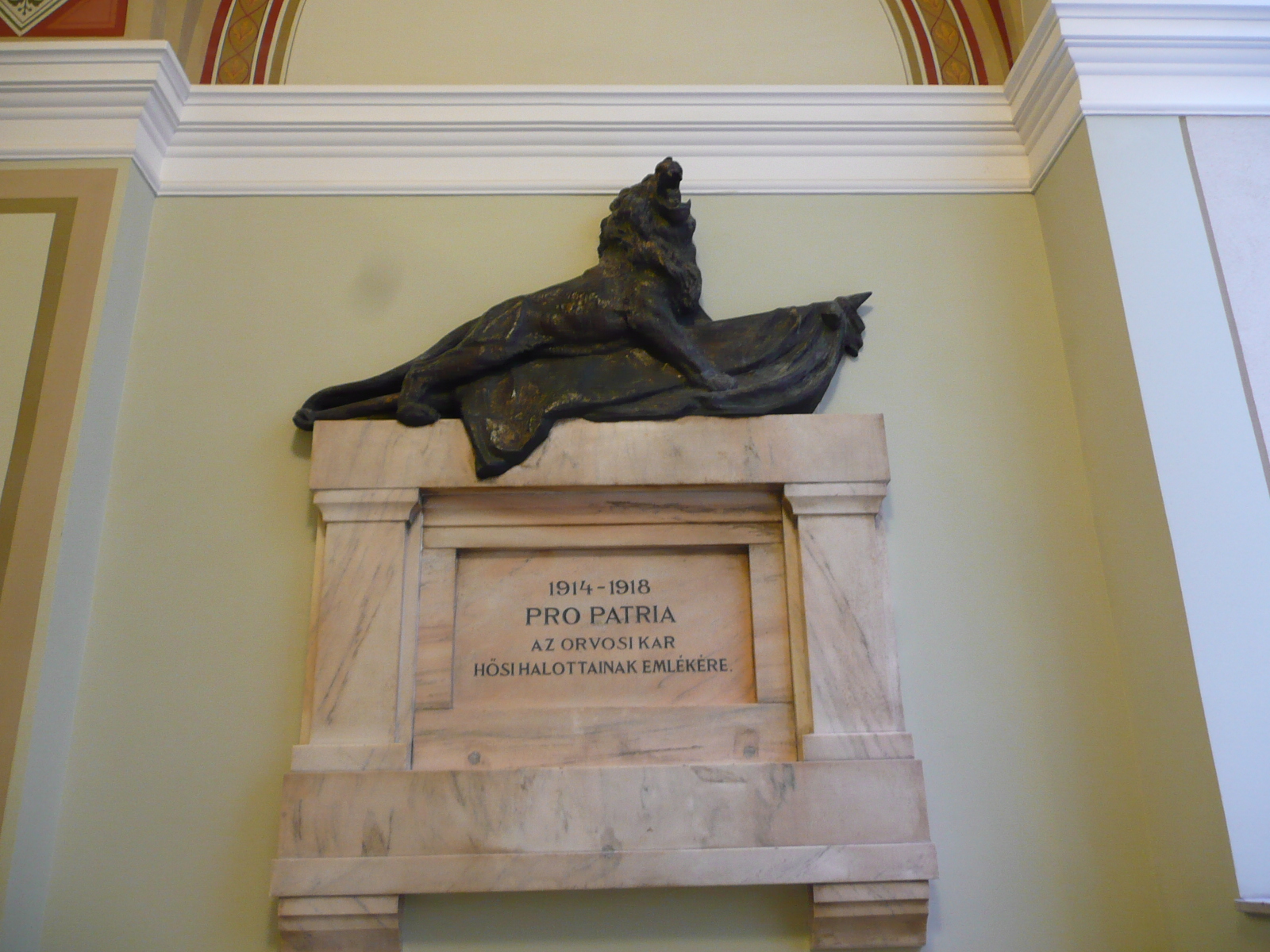 The 1500 beds of the 16 departments were quickly increased to 2000, half of which were set aside for the military. Combat stress, also called battle neurosis or combat fatigue, was a common symptom. Most of the people suffering from this were directed to the 2nd Department of Internal Medicine led by Ernő Jendrassik, but other teachers also dealt with this phenomenon, such as Károly Schaffer and Ernő Emil Moravcsik.

Officials strove to grant some preferences related to the studies of enlisted students (days off for exams, counting their time in the military as employment, etc.), but the faculty consistently refused to reduce the time of medical training, which the army had pushed for repeatedly. At the end of 2017, after Russia pulled out of the war, they were even able to order students who had been serving on the front for two or three years to return to the university to continue their studies. By the first semester of the 1917-1918 academic year, 398 soldier medical students had signed up for university, including 27 wounded veterans. Their number surged significantly by the end of the war. Due to the exhaustion of the Monarchy’s reserves, a two-month suspension of the academic year was held because of a coal shortage.

The painful shortage of doctors persisted all throughout the war, which was exacerbated by a shortage of drugs and bandages as the economy struggled. With the initial enthusiasm gone, newly enrolled students rather sought refuge from the war in studying medicine, as this allowed them to get a deferment from being drafted into the military. The faculty installed a memorial plaque in 1926 in the main faculty building in memory of its heroes that died during the war. At the time, there was one private lecturer, 3 assistant lecturers, 45 medical students and one student of pharmacy registered among the victims. 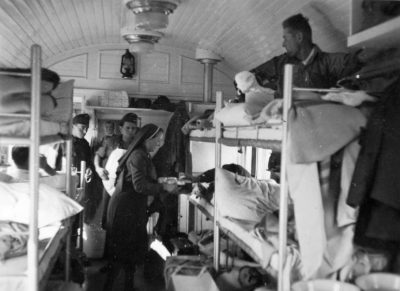