Dr. Petr Widimský, professor at Charles University and University Hospital “Kralovske Vinohrady”, head of the heart centre in Prague, won the 2018 Semmelweis Budapest Award by a unanimous decision of the Senate. The most prestigious international scientific recognition of Semmelweis University was presented to Dr. Widimský by rector Dr. Béla Merkely in the Semmelweis Salon for revolutionizing the treatment of myocardial infarctions. Professor Petr Widimský then gave a lecture entitled “History of Prague Studies: From Myocardial Infarction to Ischemic Stroke”. 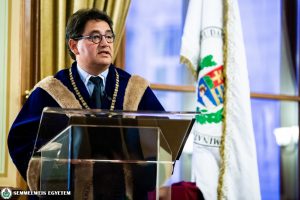 The ceremony was opened by rector Dr. Béla Merkely, who recalled that the prize, established in 2009, is awarded to internationally renowned scientists working in the area of natural sciences, whose achievements provide new perspectives for the benefit of mankind. The rector emphasized that Semmelweis University, which celebrates its 250th anniversary in the coming year, is one of Europe’s leading medical and health science centres, combining tradition and innovation under its three pillars of education, research and patient care. In addition, he is proud to recognize extraordinary achievements in the advancement of science, which provide examples for the younger generations and experienced researchers alike. He listed the previous recipients of the Semmelweis Budapest Award and stressed that, like them, Dr. Petr Widimský is also connected to Budapest and the University by means of intense scientific cooperation and personal contacts. 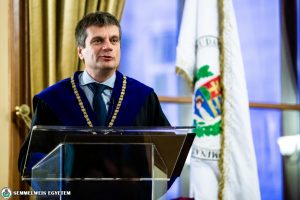 Dr. Péter Ferdinandy, Vice-Rector for Scientific Affairs and Innovation, presented Dr. Petr Widimský’s laudation. He said: Dr. Petr Widimský’s scientific achievements serve as an example to us all how an excellent clinical researcher can advance the world. He reported that in the course of the so-called “Prague” studies, Dr. Petr Windimský showed on a sample of thousands of patients that PCI is a more effective treatment for patients with acute myocardial infarctions than intravenous thrombolysis, which was earlier the most widely administered treatment. Among his numerous honors, the most important include the Gold Medal from the European Society of Cardiology in 2014, the Mensa Honorary Recognition awarded by the Czech Republic in 2016, as well as Charles University’s “Donatio Universitatis Carolinae” award in 2017.

Dr. Péter Ferdinandy emphasized that Dr. Petr Windimský has been working closely with Hungarian scientists and clinics for decades, involving Hungarian institutions in the Prague studies as well as in the work of the “Stent for Life” initiative he founded. A regular lecturer at Hungarian conferences, he became an honorary member of the Hungarian Society of Cardiology in 2017. 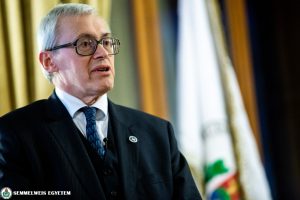 In his lecture, Professor Petr Widimský summarized the history of the Prague studies, from the first study beginning in 1996 to today, as the series of studies is still running, and noted that the latest study, study number 23, began a few weeks ago. He reported that before the first trial, there was a big difference in the mortality rate of patients who had suffered myocardial infarction depending on the equipment available in the hospital where the patient resided. The study showed that PCI is a much more effective treatment than intravenous thrombolysis, previously the most widely administered form of treatment, meaning it is beneficial to transport a patient even hundreds of kilometres to a hospital centre where this intervention can be carried out.

Although this research was initially met with great skepticism, later research confirmed the study results, and in 2002 the Czech Republic became the first country in the world where PCI was the number one treatment proposal in MI patient cases – various European cardiology societies followed in suit in 2003, and American cardiology societies in 2004. The professor said that based on the results of the Prague studies and the widespread use of the applied methods, in-hospital mortality among MI patients was reduced by roughly half, and the regional discrepancies also disappeared. He also reported on later Prague studies that addressed issues such as whether pre-treating patients with Clopidogrel or performing cardiac ablation affects the results. He highlighted the Prague-16 study, which pointed out that intravenous thrombolysis could be a successful treatment for acute ischemic stroke and urged that this method be used much more by the physicians in the future. Finally, he drew attention to the importance of improving cooperation between cardiologists and neurologists in the interest of stroke treatment in patients.

Following the presentation, Dr. Béla Merkely presented Dr. Petr Widimský with the Semmelweis Budapest Award certificate. Dr. Petr Widimský thanked the rector for this exceptional honor and expressed his hope that his cooperation with Hungarian cardiologists, many of whom he has known for many years, will continue to grow in the years to come. 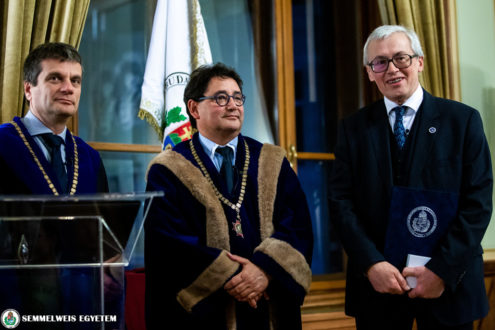 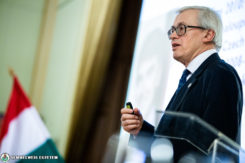 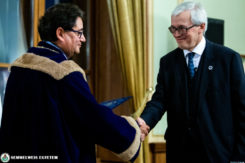 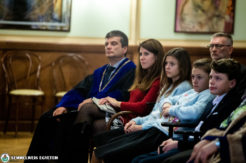 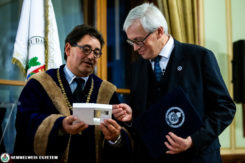 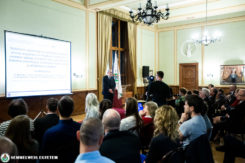 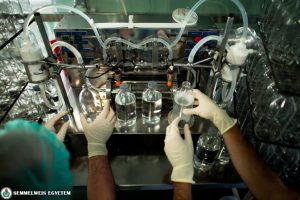 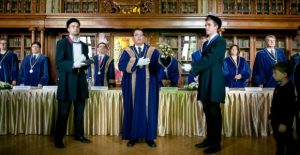 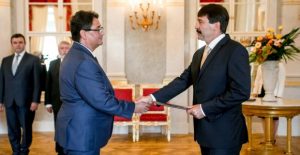 Dr. Béla Merkely was given the letter of appointment