Ghazizadeh Hashemi, Minister of Health and Medical Education of the Islamic Republic of Iran, has visited Semmelweis University. The visit was organized by the Ministry of Human Capacities of Hungary, and the delegation was welcomed by Rector Ágoston Szél. In the framework of the meeting, a mutually agreed Memorandum of Understanding was signed.

Health Minister Ghazizadeh Hashemi stated that Tehran University of Medical Sciences (TUMS) is one of the best universities in the Islamic Republic of Iran, and expressed his hope for the possibility of jointly forming and developing a collaboration between the two universities and hospitals. Dr. Marcel Pop, Director of the Directorate of International Relations introduced Semmelweis University and its international relations, with particular regard to the institution’s Iranian connections. Dr. László Rosivall, who is also a professor of TUMS, emphasized that he felt proud that in 1995 the Avicenna International College had been founded in Hungary, with the contribution of which TUMS and Semmelweis University had organized a joint symposium on the occasion of the 150th commemoration of Ignaz Semmelweis’s death. As a continuation, a joint conference on gynaecology would be organized this year, on the occasion of Semmelweis’s 200th birth anniversary. 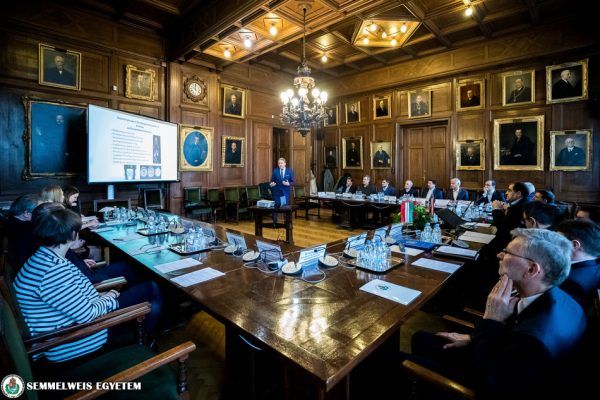 In his response, Dr. Mohsen Asadi Lari, Deputy Minister for International Affairs, emphasized the importance of identifying the possible forms of cooperation. Dr. Ágoston Szél responded that he was pleased by the fact that, as rector of the best medical school in Hungary, he would be able to establish an agreement and cooperate with the best medical school in Iran. Dr. Zoltán Zsolt Nagy, Dean of the Faculty of Health Sciences, praised the talent of Iranian students and suggested that the two universities start collaborating in the education of nurses, midwives, physiotherapists and paramedics.

Dr. Ramin Kordi, Vice-Chancellor for Global Strategies and International Affairs at TUMS, suggested the development of a mutual educational programme in the areas of medicine and pharmacy. He also emphasized that their university maintains highly active relationships with European universities in the framework of the Erasmus+ programme, and he expressed his hope regarding a similar cooperation with Semmelweis University in the future. Furthermore, he suggested the initiation of joint research programmes in the areas of cancer research and haematology. Dr. Tamás Masszi, Vice-Dean of the Faculty of Medicine, replied positively with respect to the possibility of a cooperation in the field of haematology. He also added that during the planned visit of his faculty’s delegation to Iran in April, the discussions regarding the possibilities of collaboration might be continued. Minister Ghazizadeh Hashemi stated that TUMS is at the forefront of liver transplantation not only regionally but also internationally. He also added that a long-term cooperation would be based on highly qualified professionals. At the end of the meeting, a Memorandum of Understanding was signed by the leaders of Semmelweis University and Tehran University of Medical Sciences. The agreement aims at laying the foundation for student and teaching mobility programmes and joint research. 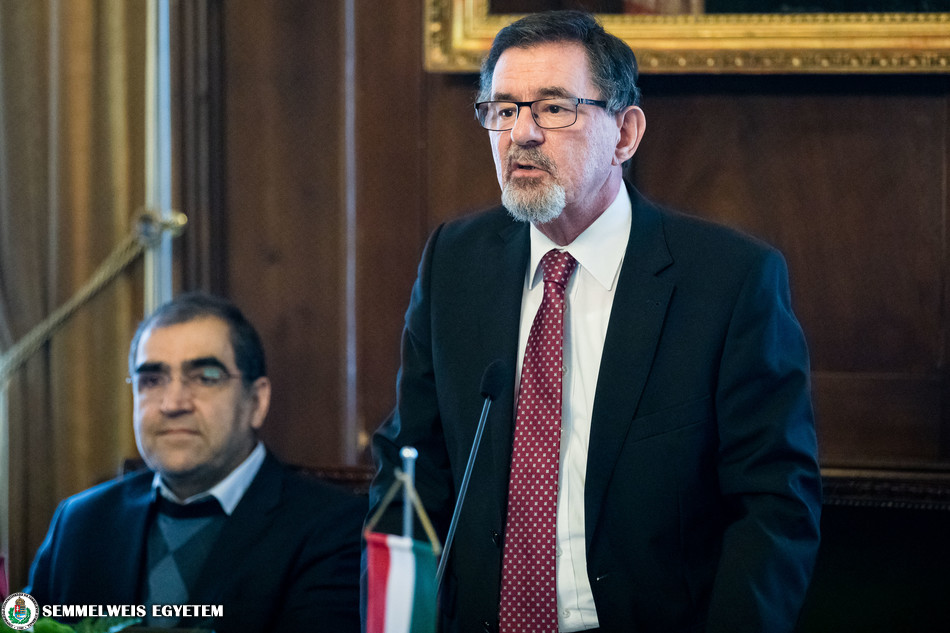