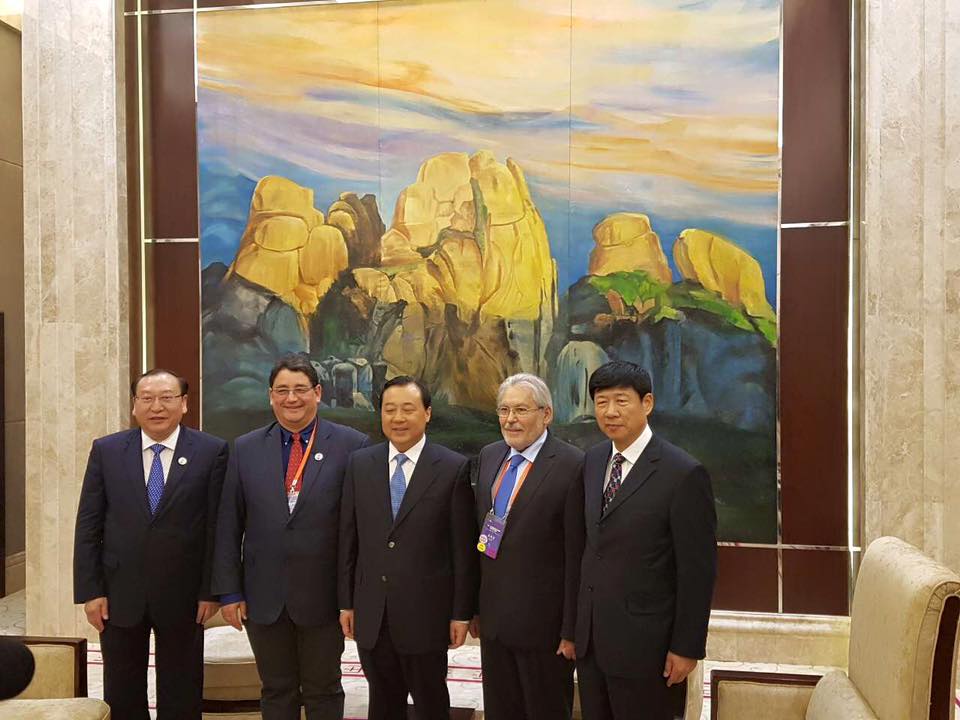 The delegation of Semmelweis University and the National Institute of Clinical Neurosciences visited China, where they participated in the first assembly of the members of the China-CEEC Hospital Cooperation Alliance and had the opportunity to gain insight into the rapidly developing Chinese healthcare system. During the visit, the Alliance re-elected its European president, Dr. Béla Merkely, Vice-Rector for Clinical Affairs and Director of the Városmajor Heart and Vascular Centre, who was also made honorary professor and president of two Chinese universities.

The background of this year’s visit dates back to 2011 when cooperation between China and Hungary started as the result of the Hungarian government’s policy of Eastern-opening. In June 2015, at the first summit of China’s and Central and the Eastern European countries’ ministers of health the China-CEEC Hospital Cooperation Alliance was founded. The first presidents were Dr. Béla Merkely in representing Europe and Dr. Zhao Yupei representing Chinese. 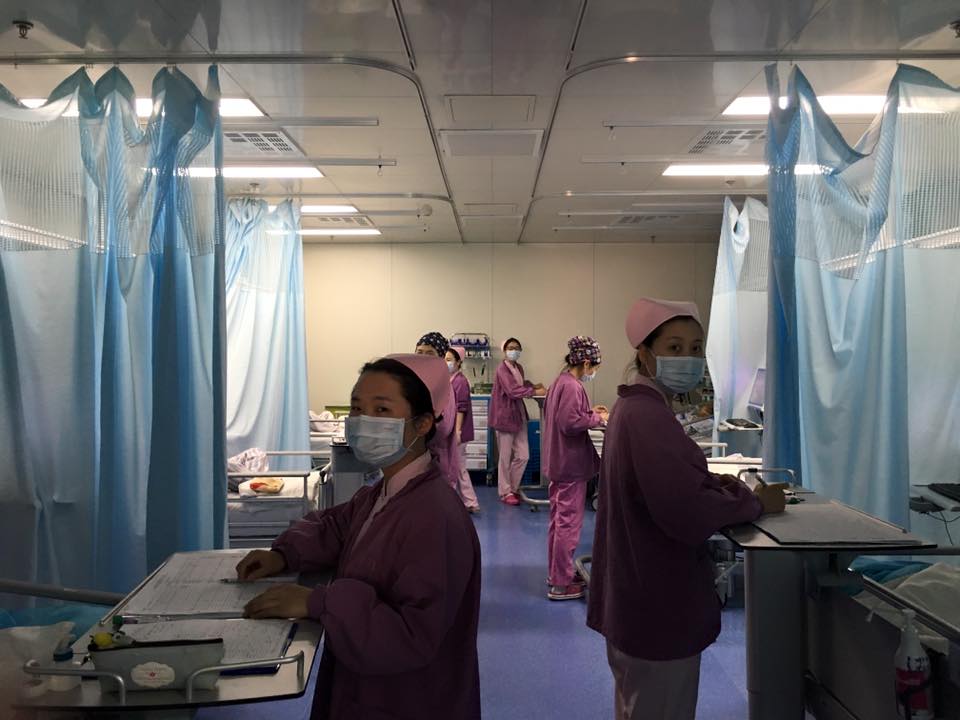 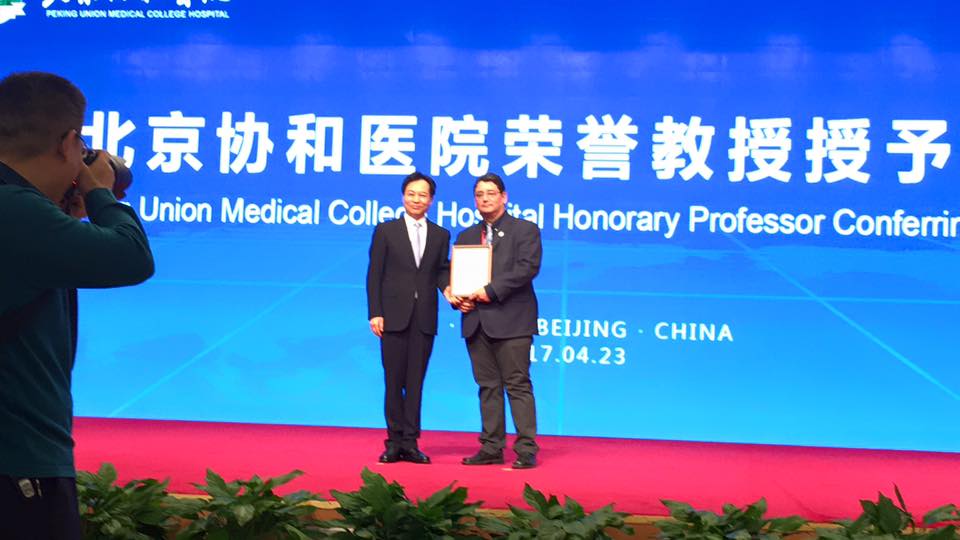 During their stay, the Hungarian delegation visited China’s leading medical university, the Peking Union Medical College Hospital, where Dr. Béla Merkely was awarded the title honorary professor by China’s most renowned surgeon, Dr. Zhao Yupei. The event was also attended by the Hungarian Ambassador to China and the Czech Ambassador. In Beijing they also visited the National Center for Cardiovascular Disease at Fuwai Hospital, where every nurse has only one patient to care for at the intensive care unit. 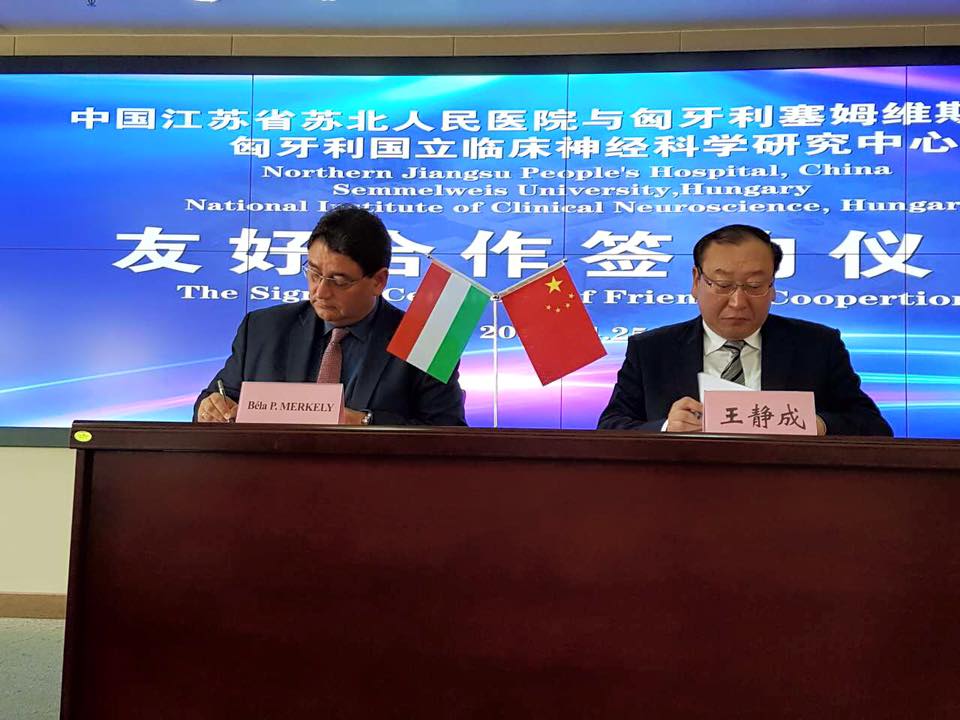 During the delegation’s two-day-long visit in Yangzhou Dr. Béla Merkely and President Jingcheng Wang signed an amendment of a former bilateral agreement between Semmelweis University and Northern Jiangsu People’s Hospital. After the signing ceremony Dr. Béla Merkely was awarded the title honorary president and professor of Northern Jiangsu People’s Hospital by the minister of health in Jiangsu province. In the second half of the day cardiologists, neurologists, imaging specialists and pathologists participated in meetings in order to identify the possible areas of cooperation. 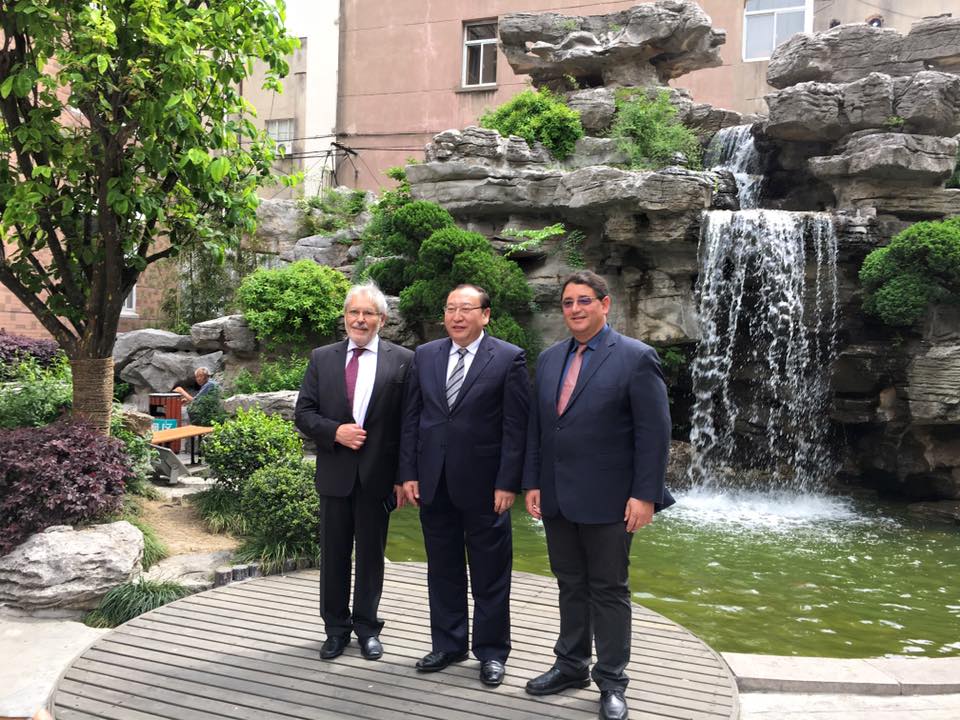 Based on the bilateral agreement earlier signed with the Northern Jiangsu People’s Hospital, Semmelweis University and the National Institute of Neurosciences held the first training for the first delegation from the Chinese hospital in November 2016 who expressed their wish to extend the scope of cooperation to pathology and oncology. Thus, the 1st Department of Pathology and Experimental Cancer Research in the Hungarian delegation was represented by Dr. András Matolcsy, Director and Dr. Csaba Bödör, chief scientific member.

A joint conference was organised by the Northern Jiangsu People’s Hospital and the China-CEEC Hospital Cooperation Alliance as well, which had Dr. Béla Merkely and Dr. Zoltán Nagy, Director of the National Institute of Clinical Neurosciences among the speakers.

After the Chinese visit Dr. Béla Merkely went to Hong Kong, where he held a presentation at the University of Hong Kong and opened Semmelweis University’s exhibition on medical history together with Dr. Pál Kertész, Ambassador and Edwin Yu, President. 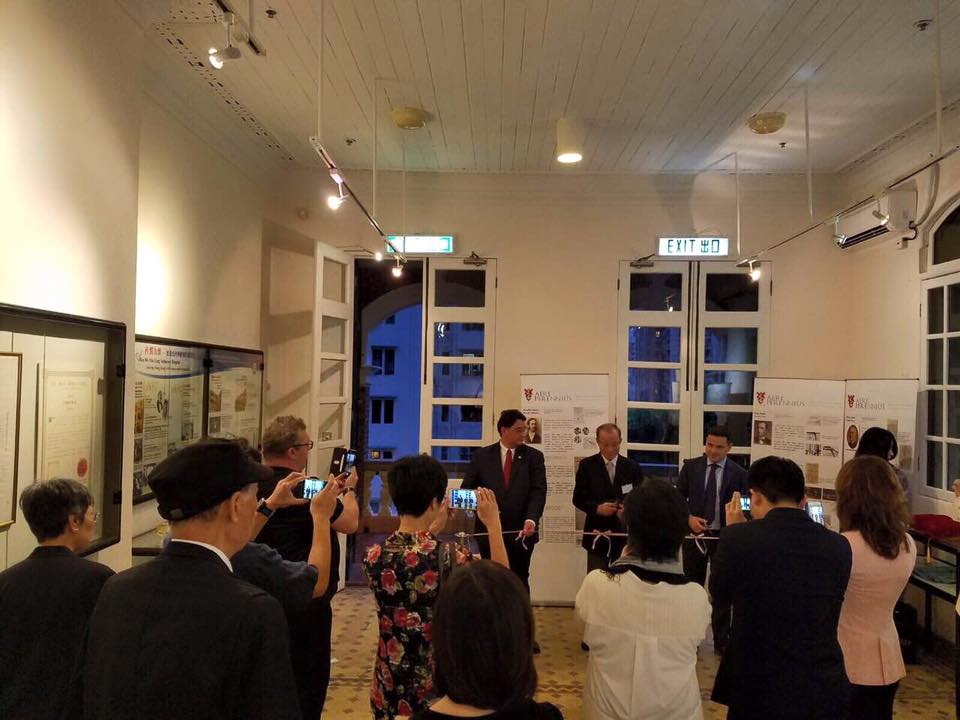 The Hungarian-Chinese relations are expanding as Semmelweis University’s Városmajor Heart and Vascular Centre and the Northern Jiangsu People’s Hospital have submitted a joint research project at the Chinese and Hungarian authorities. The study titled “​Improving the Detection of Transcatheter Aortic Valve Thrombosis with ​Biomarkers and Non-invasive Imaging” has already been approved in Hungary and an answer is expected from the Chinese party in June.

On June 10 a delegation of four are arriving at Semmelweis University to start their month-long training. Between June 17-20, the third summit of health ministers from China and Central-Eastern Europe will be held in Budapest, where the collaborative possibilities of the previously mentioned areas of cooperation are to be discussed.