No. of vaccines administered at Semmelweis University - 29 January 2023
More information
At the annual re-election meeting of the Instructor Self-Active Group (IÖCS) in November, Nóra Viola Virág, a fourth-year pharmacy student, was elected as the new leader of the organization. Together with the retiring president, Kata Kismarjai, they evaluated the previous period of the student organization, including future plans. 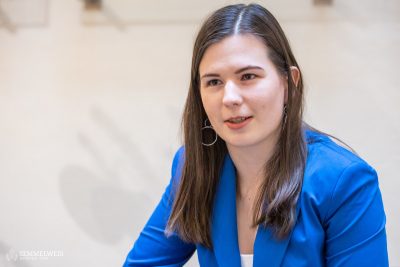 At the annual re-election meeting in November, Nóra Virág Viola was elected as the new leader of IÖCS, who has been involved in the student body since 2020. As the new president said, she likes to take part in coordation and loves to “hustle”, so she has been keen to get involved in student organizations since she started university. “Freshers’ camp was a fantastic experience for me, and that’s when I decided that I wanted to become a member of IÖCS,” she recalled. After completing the 8 weeks of training required, she got involved in the organization of the freshers’ camp, but then the pandemic halted public events. After a year out, she attended the next camp as a senior, where she got a glimpse of leadership. “I was immediately drawn into the buzz and knew I belonged here,” she said. She added that being an instructor is a way of life, teaching openness, problem-solving skills and self-awareness.

“As the new president, my main goal is to continue our close cooperation with the university and other student organizations, as in the past years, and to carry forward the values of my predecessors,” she said. Nóra Viola Virág noted that 2022 was the first year since COVID-19 that almost all of their programs were held, which made it a tough year, and the instructors got tired. I would like to do another so-called trial year, when all the events are held in the same format, and then discuss with the instructors which ones need to be adapted to the next generation,” the new president said. 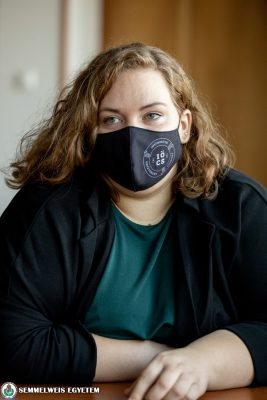 Kata Kismarjai, the retiring leader explained that it has been a busy year, and the return of events after the pandemic shutdown has been a challenge for them. With all the novelty and change, she wanted to provide a secure background for instructors to turn to, which she hopefully have achieved. “I gained a wealth of experience, met a ton of new people and learned a lot from them, which I am grateful for,” she said. “The skillset and field experience I have gained in communication, coordination and teamwork will be highly useful later on as a graduate doctor. Without this year, I would not have become who I am today,” she added. 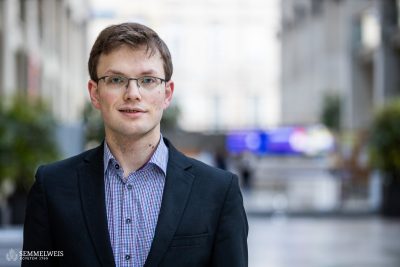 Medicine and music goes hand in hand – at least, for the most qualified musician at Semmelweis 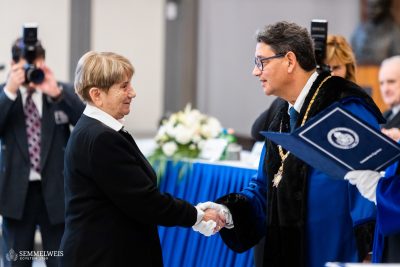 Jubilee diplomas awarded at the Faculty of Medicine 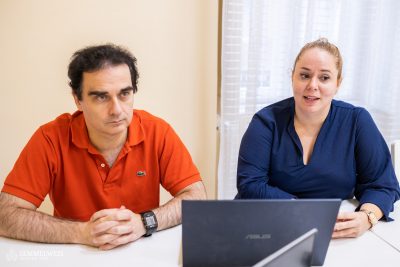