No. of vaccines administered at Semmelweis University -28 November 2022
More information
On October 14, the Students’ Union (HÖK) and the Instructor Volunteer Group (IÖCS) dressed up the Theoretical Block in Nagyvárad Square for the most awaited university event of the newly admitted students: the Semmelweis Freshers’ Ball. The event was part of a series of International 40 programs celebrating the anniversary of the launch of international education at the university.
The opening ceremony was attended by nearly 50 international students and the informal part of the event by nearly 200, which is particularly gratifying as the HÖK and the IÖCS continue to open up to foreign students year after year, thus helping them to integrate.

In his opening speech, Rector Dr. Béla Merkely emphasized that this year for the first time Semmelweis University was ranked among the 250 best universities in the world by Times Higher Education, making it the best university in Central and Eastern Europe. He added that the enthusiasm and dedication of the students, whom he is counting on in the future, were essential for this.

Bálint Tripolszky, President of the HÖK stressed it was symbolic that university leaders, lecturers, researchers and students attended the ball together, as community is not only about successfully overcoming difficulties, but also about sharing the joy and celebrating together. “The crowd may be broken up, but the individuals who hold it together, the souls who have found community, can never be separated. This is who we are, and this is what Semmelweis University means to me,” he said.

As tradition has it, the Pro Juventute Universitatis awards were presented at the Freshers’ Ball, following a decision of the Students’ Union’s board. Dr. Bendegúz Bódis, Dr. Bálint Borsik, Dr. Anna Király, Dr. Géza Adrián Veress and Prof. Péter Torzsa received the awards from Dr. Béla Merkely and Bálint Tripolszky in recognition of their work for the students of the University. 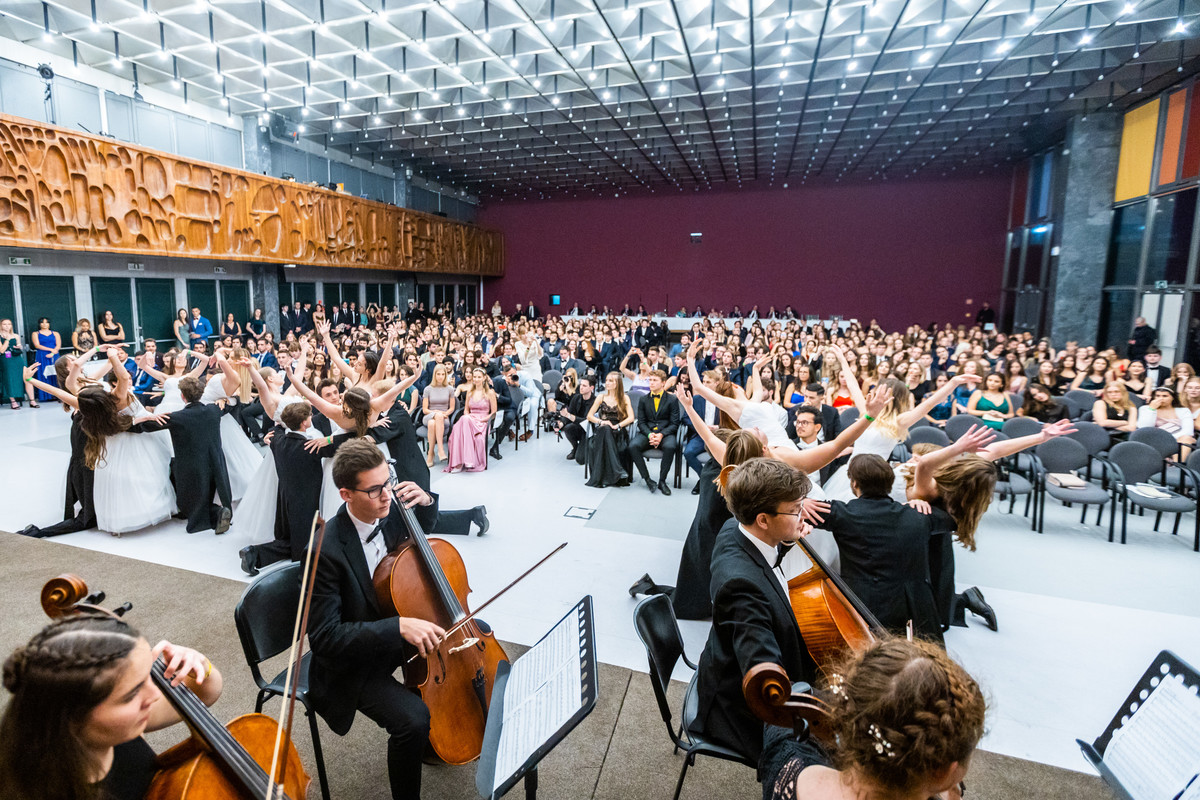 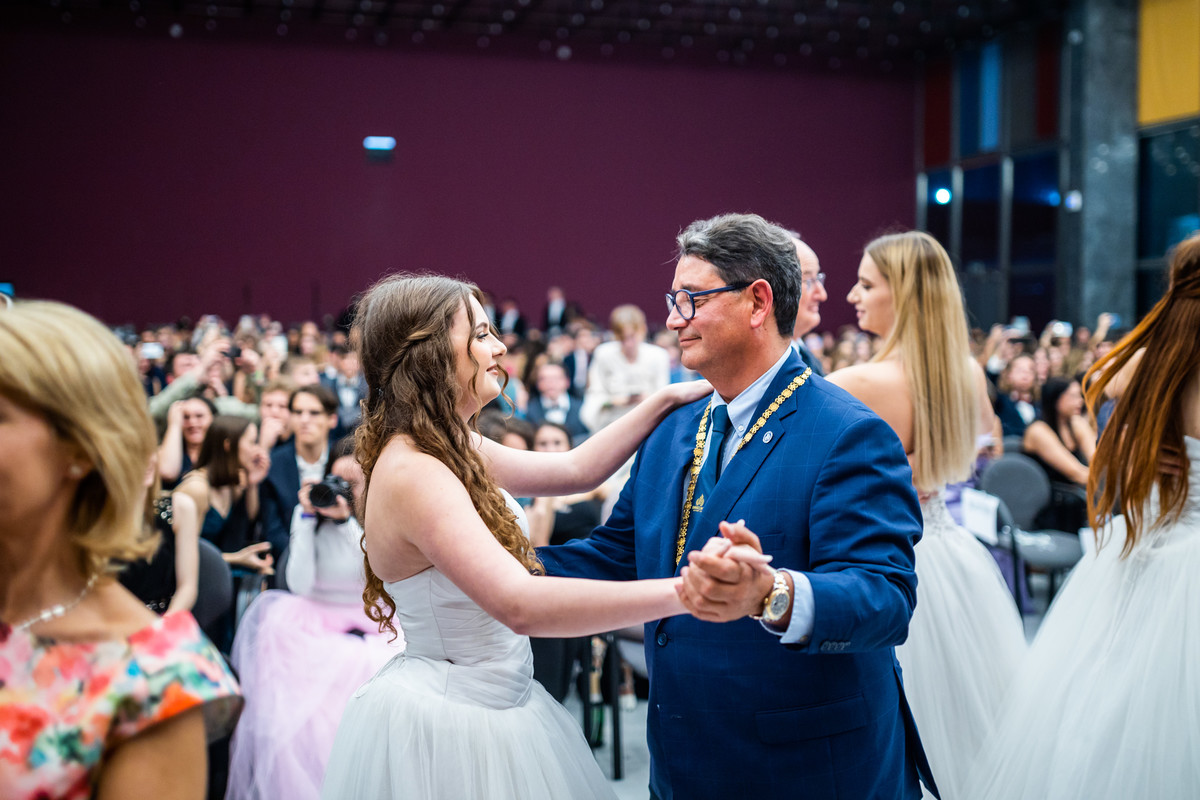 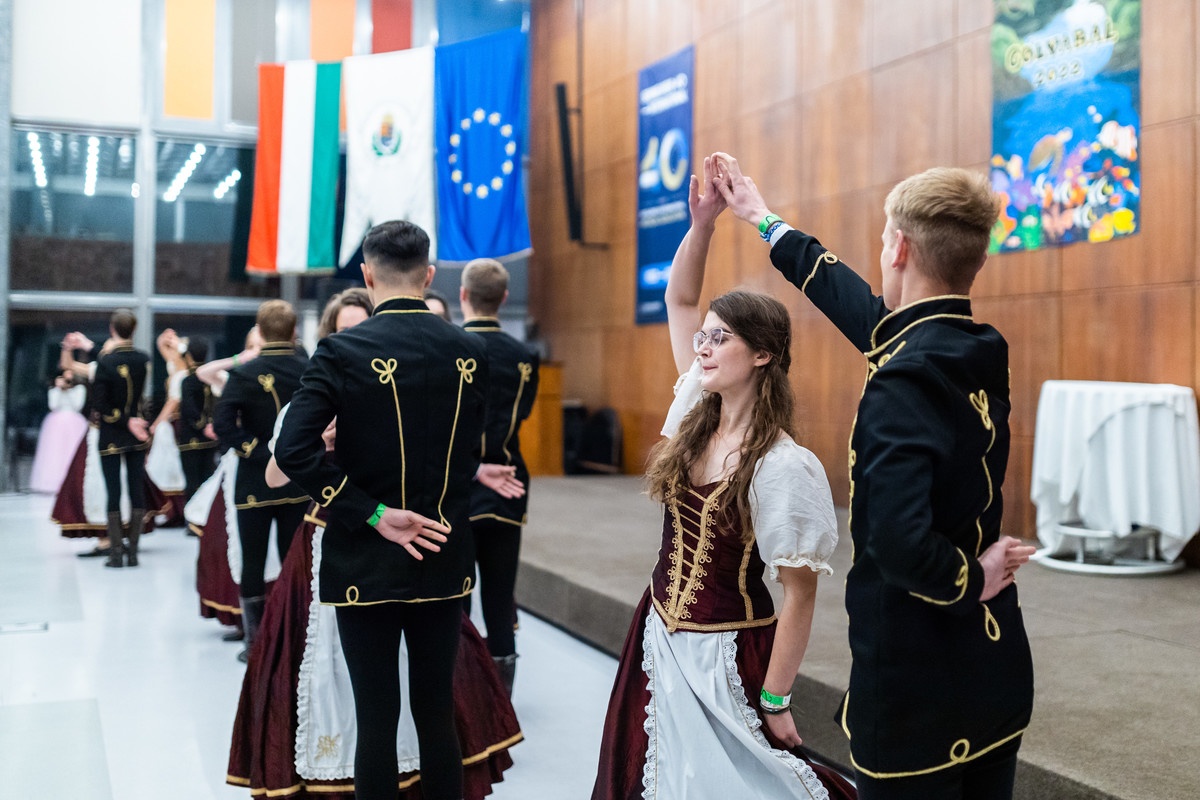 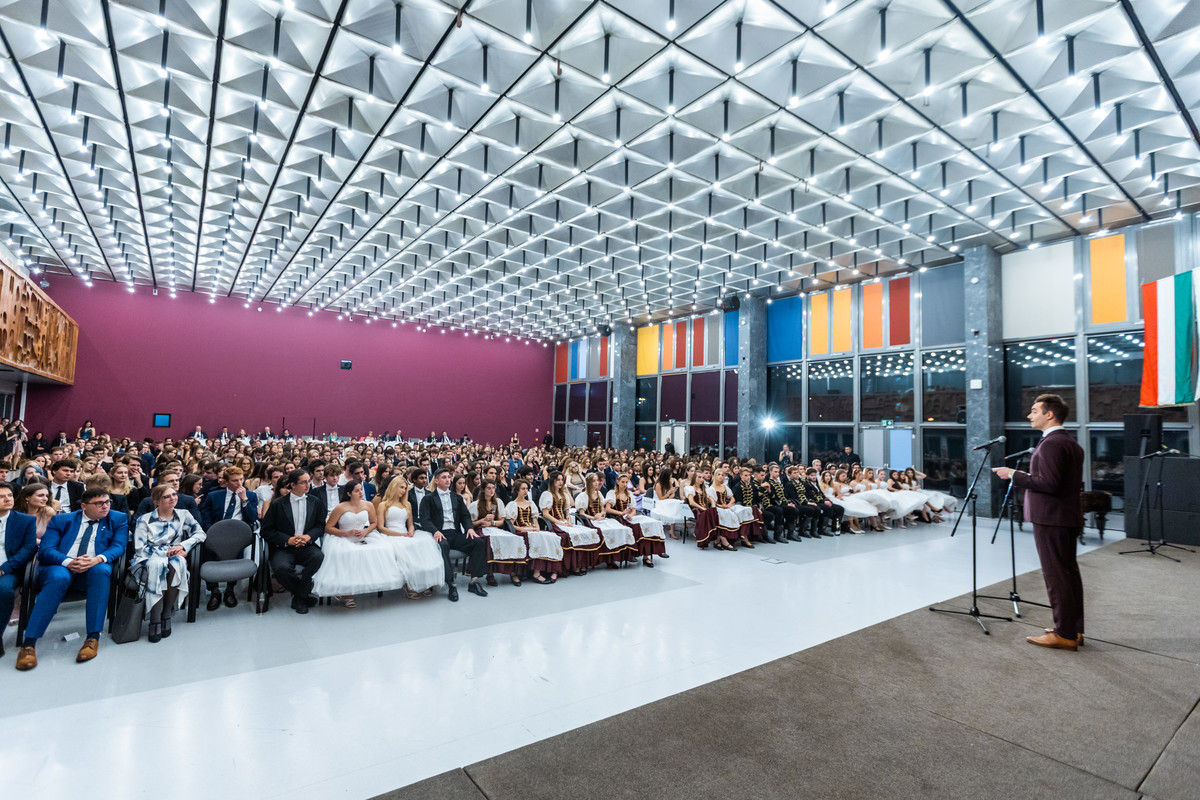 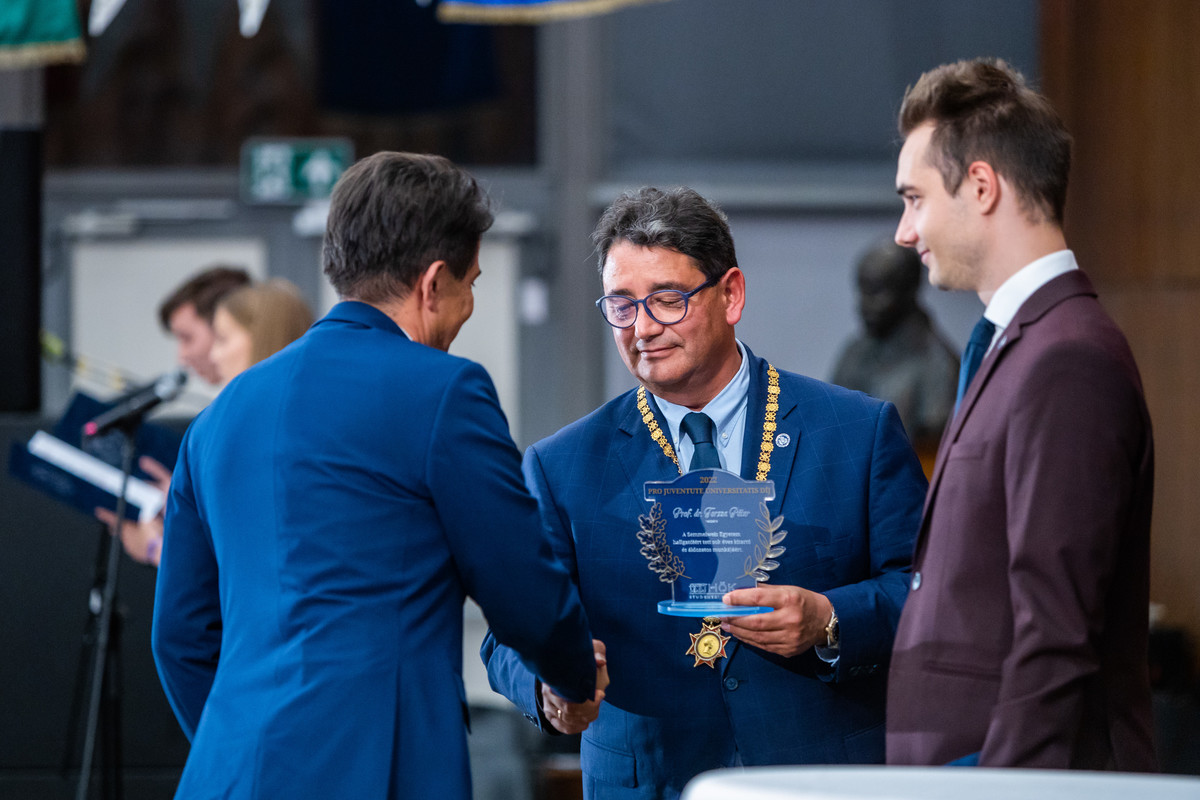 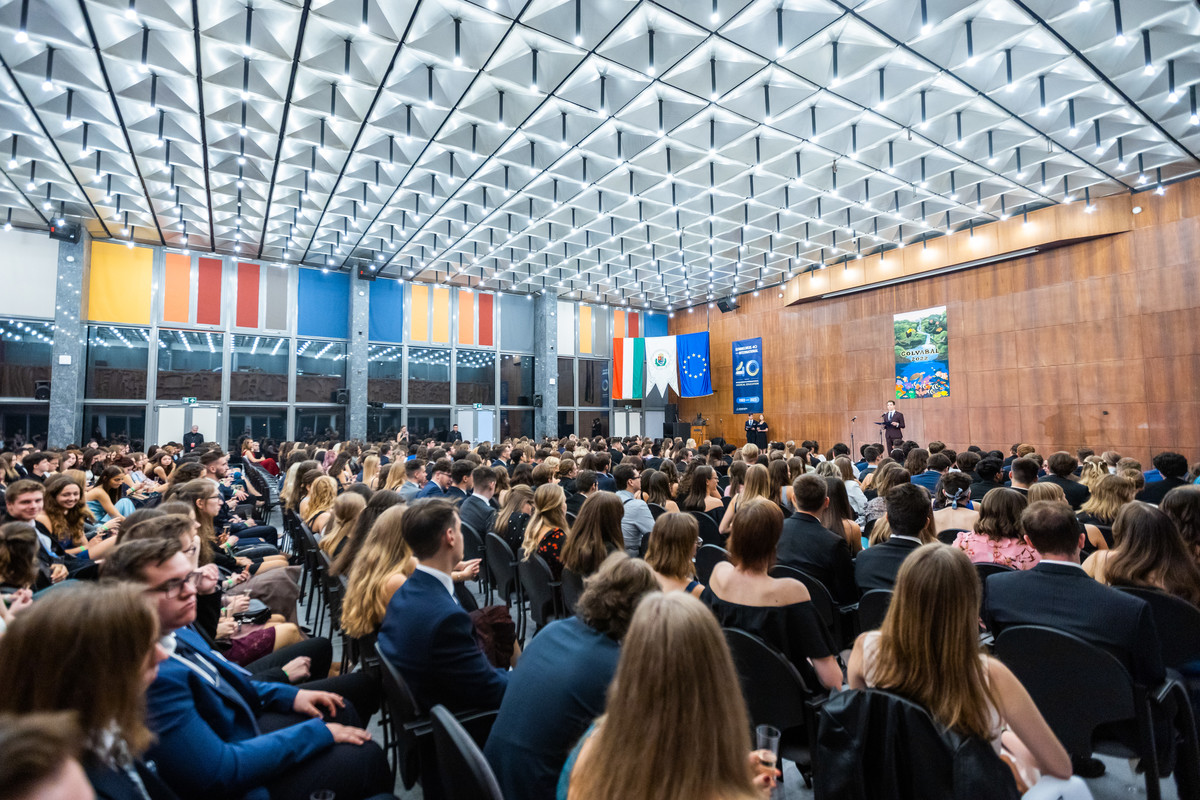 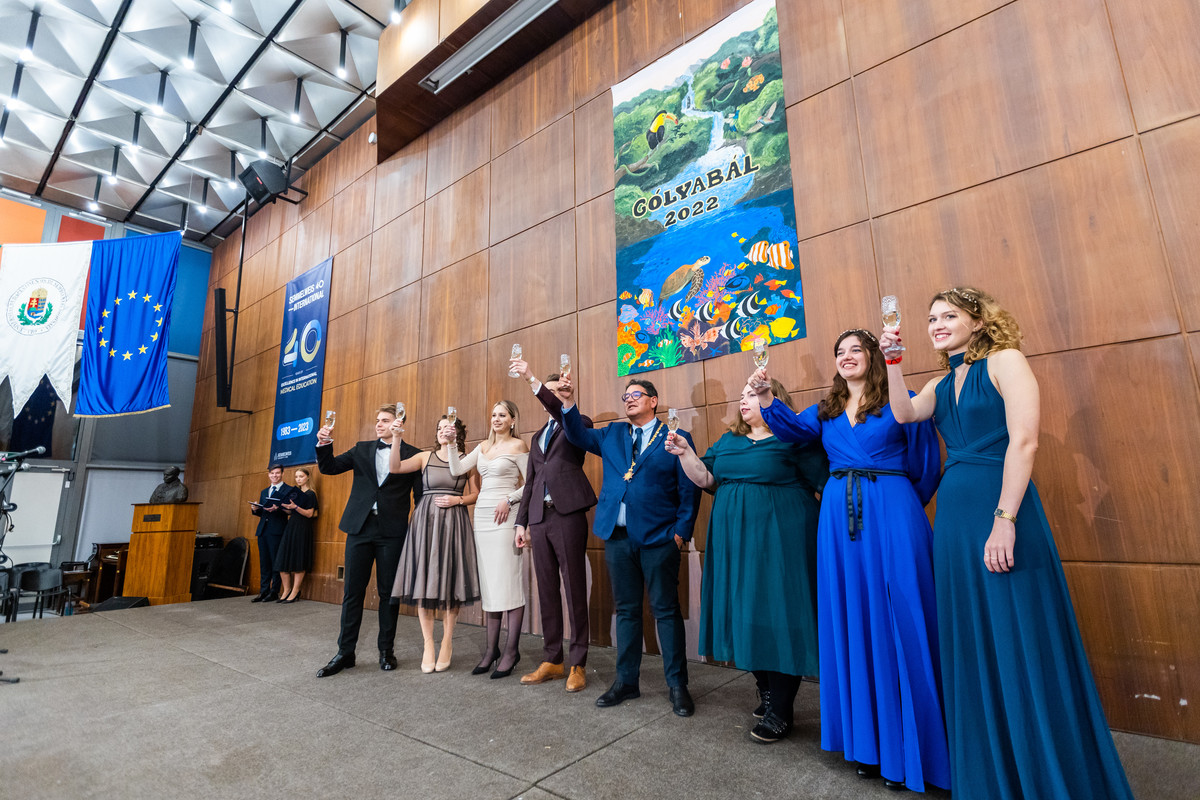 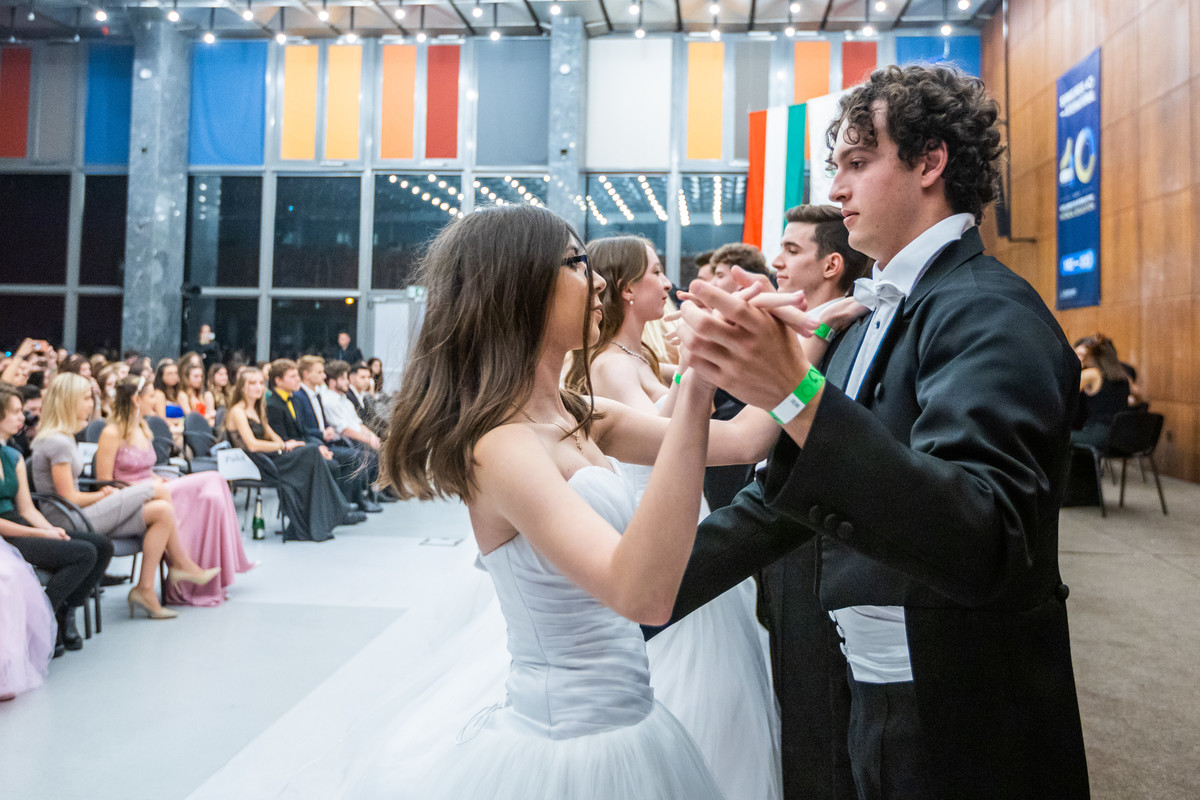 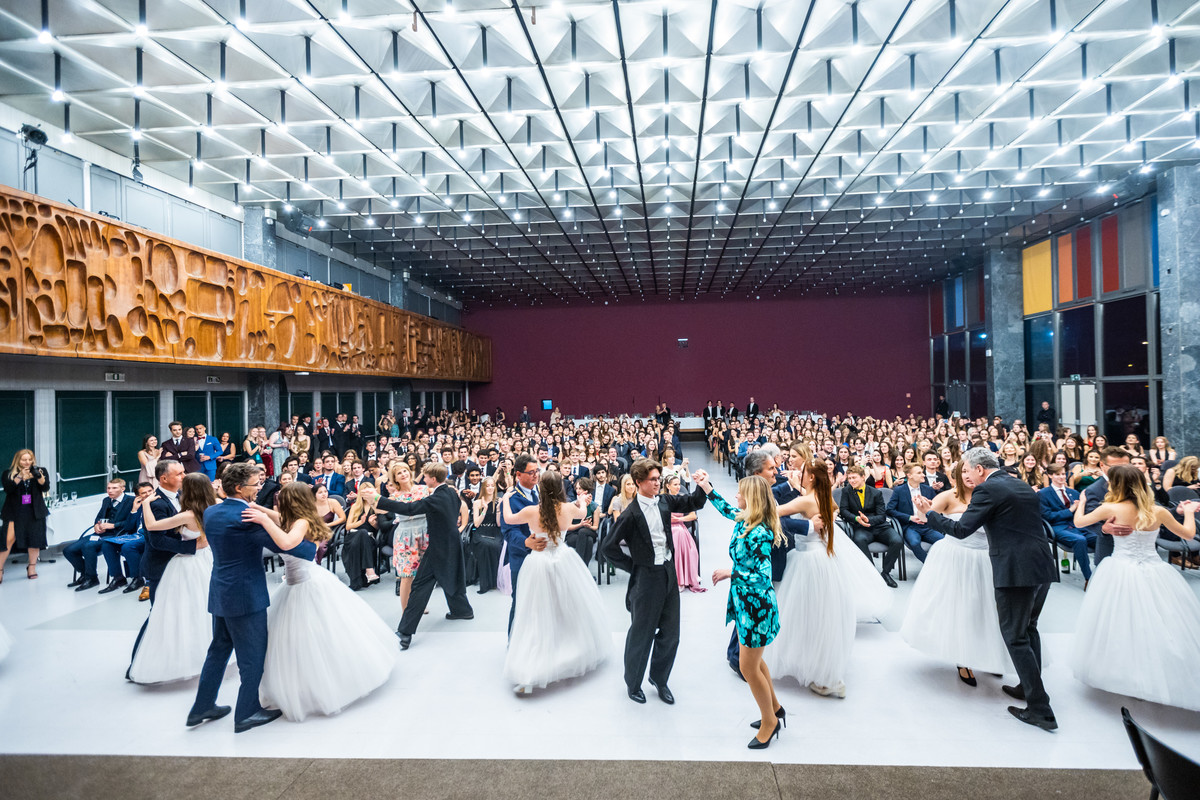 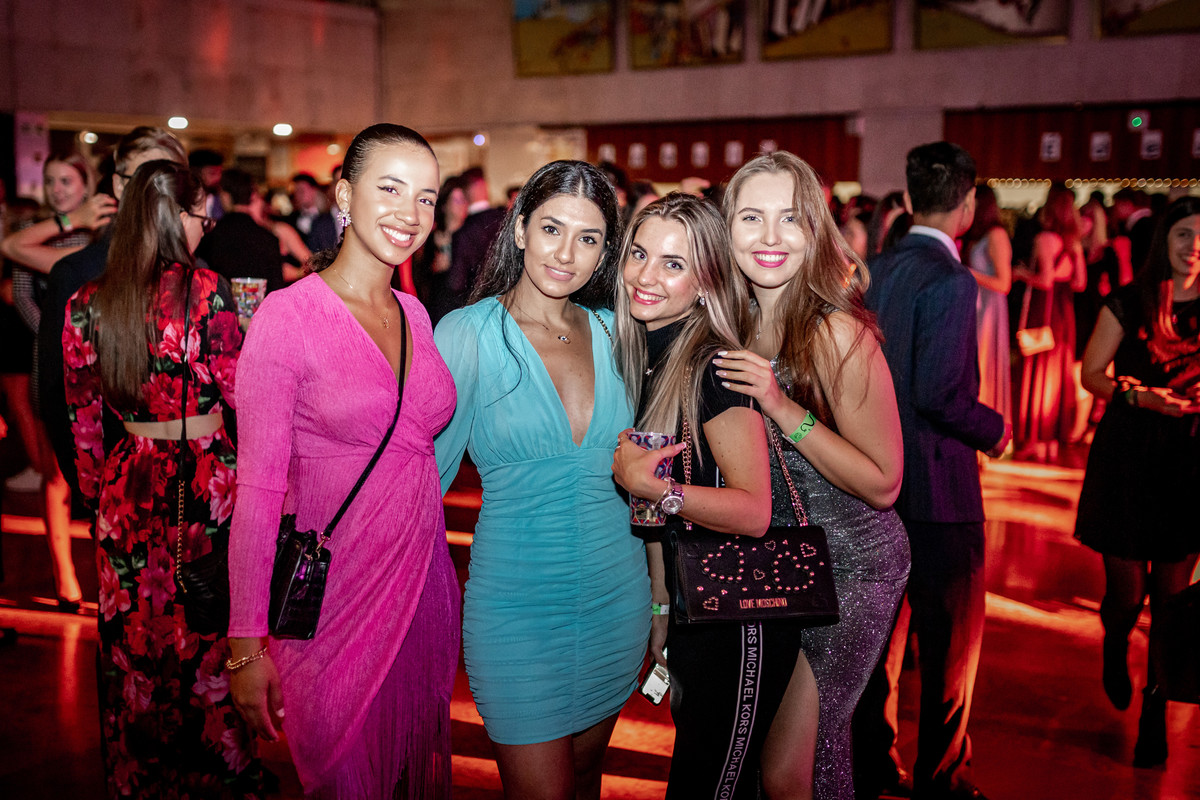 For the first time this year, international students opened the show with their waltz. The opening waltz was followed by a dance of the instructors. The performers took the audience back to the past, to Greece, or evoked Michael Jackson.

In the rest of the program, participants could listen to a singing performance by Janka Czirják and Boglárka Gál and watch a belly dance performance by Regina Polenyik. Finally, the Hungarian students danced a waltz to the music of the film “Howl’s Moving Castle”, accompanied by live music, and the musical program ended with the traditional teacher-student dance. Thanks to the Moving Image Creative Instructors (MAKI), the Freshers film was shown, which filled all first-year students and instructors alike with nostalgia.

This article was written in the framework of our Through the Students’ Eye column. 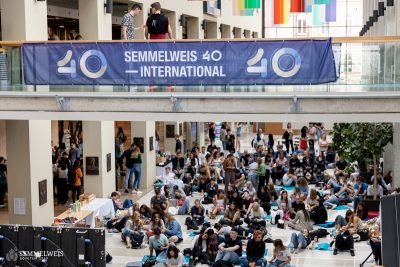 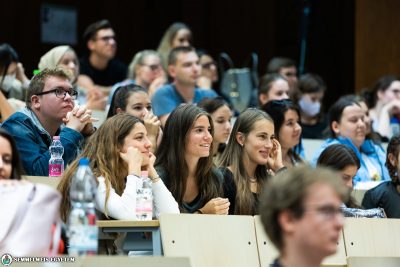 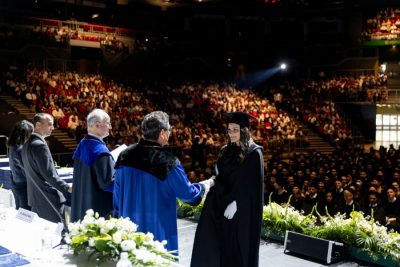