No. of vaccines administered at Semmelweis University - 29 January 2023
More information
Climate change is not only transforming weather patterns and the landscape, it also changes the way we encounter diseases. Smog, wildfires and desert dust increase fine particle (PM2.5 (particulate matter 2.5 µm) concentration in the air and can exacerbate existing diseases or symptoms. As the planet warms, pathogens remain active longer and can travel via airborne particles causing illness through inhalation, Semmelweis University in Budapest warns.

Without a doubt, spring and summer are the best time for travel, but not only for humans. The hot and arid conditions favor the separation and transport of fine particles from the surface. As a result, an array of living organisms can stick onto particles and can be picked up and carried by the wind thousands of miles from their source – traditionally deserts and uninhabited areas. Some of these – including bacteria or the spores of fungi that dwell in the soil – can be really harmful for human health.

Higher PM2.5 concentration itself can intensify the symptoms of people suffering from asthma or other respiratory diseases.

So the dust storms starting in the Middle East or Africa will not only cause a nuisance for car owners or groceries’ in Europe, they may also become a new source of potential health issues. Due to its proximity to the desert, researchers investigated the impact of Saharan dust on lung diseases on the Canaries. On days when the concentration rose sharply, the risk of hospitalization of patients with underlying lung conditions also went up.1 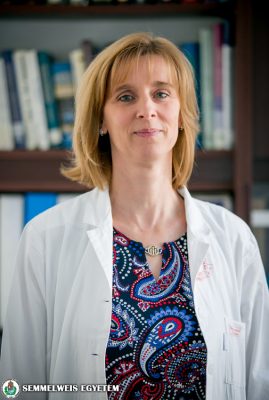 Dust harms the lungs primarily via irritation and overexposure. “An increased level of atmospheric particulate matter (PM) 2.5 alone can cause irritation” – says Veronika Müller head of the Department of Pulmonology at Semmelweis University in Budapest, leader of a research group for airway deposition studies.

“People with no specific respiratory conditions might experience a dry/itchy throat and cough while those who suffer from allergies report the exacerbation of their symptoms” – she adds.

Fine particles from smoke, which can penetrate deep in the lungs or enter the bloodstream and can affect other organs including the heart, present the biggest health threat.

Besides irritating the respiratory system, increased concentration of 2.5 micron particles can aggravate the symptoms of asthmatic and COPD patients, who are also more likely to require hospital care when their symptoms worsen.

The lungs can withstand a lot – the respiratory system filters out most of the PM exceeding 2.5 microns. However, prolonged exposure or an increase in concentration we see during dust storms or wildfires can, over time, lead to the development of chronic lung diseases 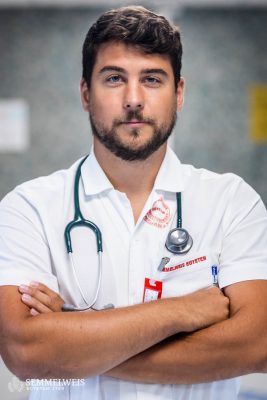 Heat waves may also affect the respiratory system. Patients with underlying conditions can experience their symptoms worsen when temperatures spike – may even end up in hospital.

“During heatwaves, it is best to stay indoors during the hottest hours of the day. If that is not an option, ample fluid intake and regular inhalation therapy prescribed for lung disease patients is essential to avoid complications” – says Tamás Erdélyi, pulmonary fellow and PhD student doing research into aerosols at Semmelweis University.

With global warming and ensuing new weather patterns, we will see another way dust can impact our health; as a carrier of biological agents causing allergy or even infection yet unknown to humans in our region.

To better understand the role of airborne particles in lung infections, valley fever can serve as an example. Valley fever is a disease caused by the Coccidioidomycosis fungus that lives in the soil in the Southwest of the United States. Kicked up by wind, farming, construction, or wildfire smoke, people can inhale its spores and have flu-like symptoms. Although 60% of people are asymptomatic, those with weaker immune systems may require hospitalization, and the most severe cases can result in death.

Hot and humid conditions favor the proliferation of the fungi, so we may expect that –  as the planet warms –  Valley fever or other invasive mold infections will spread over a large area. Previous observation confirmed that this pathogen could travel over 300 kilometers through aerosols.

Since vegetation coverage is decreasing worldwide, we may see a surge in infections spreading in a similar way.

Problem with your libido? Try the Hungarian Christmas feast! 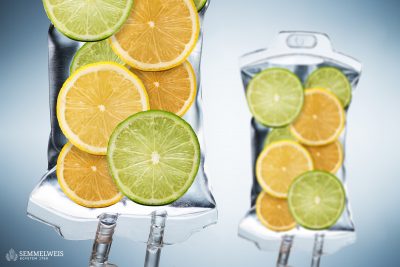 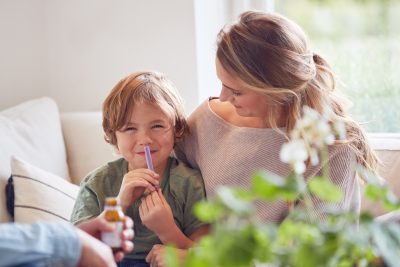 The end of a bitter pill to swallow? How innovative dosage forms make it easier to take medicine