Researchers at Semmelweis University’s Institute of Behavioral Sciences conducted a nationwide online survey at the end of the third wave of the coronavirus. They sought to answer how the restrictive measures introduced due to the COVID-19 epidemic changed people’s physical activity habits and how this affected their mental health. The researchers found that those who considered lock-down as a challenge and increased their physical activity were in a better mental state when the epidemic subsided compared to those who experienced this period as a threat and reduced their time spent on physical exercise.

At the end of the 19th century, American physician Walter Bradford Cannon introduced the concept of “fight or flight”, which emerges in a situation that threatens survival of the individual in connection with a perceived or real, harmful event.

According to researchers of Semmelweis University’s Institute of Behavioral Sciences, this theory may explain why those who experienced lock-down as sort of a challenge began to do more sports, became more active. As a result, their mental health condition was better when the epidemic subsided compared to those who experienced the restrictive measures as a threat and thus reduced their physical activity.

“Similar to those who increased their physical activity, those people who adapted to the opportunities provided by the restrictions and only partially changed their sports habits (did not change the frequency, only the location) also had a favorable mental condition. In practice, this means that replacing indoor training at the gym or the swimming pool with outdoor cycling, walking and hiking, helps preserve mental health even in spite of the most strict restrictive measures”, said Dr. Mónika Ditta Tóth, psychologist, research lead.

A total of 1,334 people over the age of 18 participated in the online survey “The impact of COVID-19 on sports habits and mental health among the Hungarian population”, which took place between 15 April and 15 June 2021. As she described the details, nearly one-third (30%) of the participants of the survey have not changed their physical activity habits since the onset of the epidemic, while 37% have experienced a decrease in their physical activity and 31% have done more sports than before the introduction of the restrictive measures. Previous studies have shown that many people experienced weight gain in the year following the outbreak of the epidemic due to confinement, working from home, and a sedentary lifestyle. As the psychologist pointed out, one out of three respondents (34%) experienced weight gain, 43% had no change in their weight, and only slightly more than one-fifth (22%) lost weight.

Those who exercised less compared to the period before the epidemic reported a significantly higher rate of weight gain, while those who exercised more reported that their weight either stagnated (43%) or they lost even more weight (31%).

The survey focused on the degree of perceived stress, and the extent to which respondents felt their daily lives stressful. Based on the responses, the level of stress was the lowest in case of those who did not change their physical activity habits, while the highest level of stress was reported by those whose sports activity decreased as a result of the epidemic.

Perceived stress was also significantly higher in the case of those who increased their physical activity compared to the period before the epidemic than in the case of those who did not change anything in their sports habits. This may suggest that higher stress motivated them to increase physical activity. About half of the  participants (49%) also developed symptoms of mild depression. According to a representative national survey 8 years ago, 30% suffered from depression, and the current result is extremely high in comparison”

Studies show that those who became more active compared to the period before the introduction of the restrictions, as well as those who retained their activity, were in a better mental state after the epidemic subsided than those who were more inactive.

The latter were in poorer physical and mental condition, gained weight, and had a higher rate of perceived stress and depression requiring clinical treatment. One-third of the respondents switched to a more active lifestyle, and in addition to the more favorable psychological indicators, they also reported health better status, which was accompanied by maintaining their weight or even experiencing weight loss. 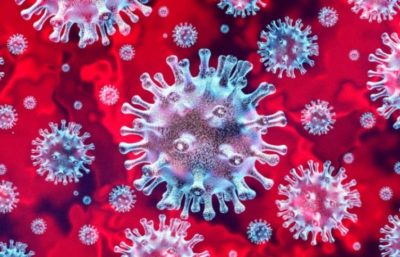 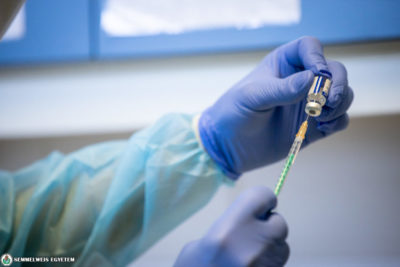 Over 350,000 shots of coronavirus vaccine administered by Semmelweis University staff 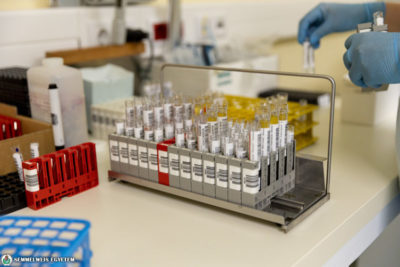