On the occasion of his 80th birthday, Dr. Endre Moravcsik was honoured with the Pro Universitate Award. The cardiac surgeon, who also took part in the first heart transplantation in Hungary, was greeted at a ceremony, held in compliance with the epidemiological measures, at the Heart and Vascular Centre. The award was handed to Dr. Endre Moravcsik by Dr. Béla Merkely, Rector.

On the occasion of his 80th birthday, Dr. Endre Moravcsik was honoured with the Pro Universitate Award of Semmelweis University at the Heart and Vascular Centre. The recognition was handed over by Dr. Béla Merkely, Rector. 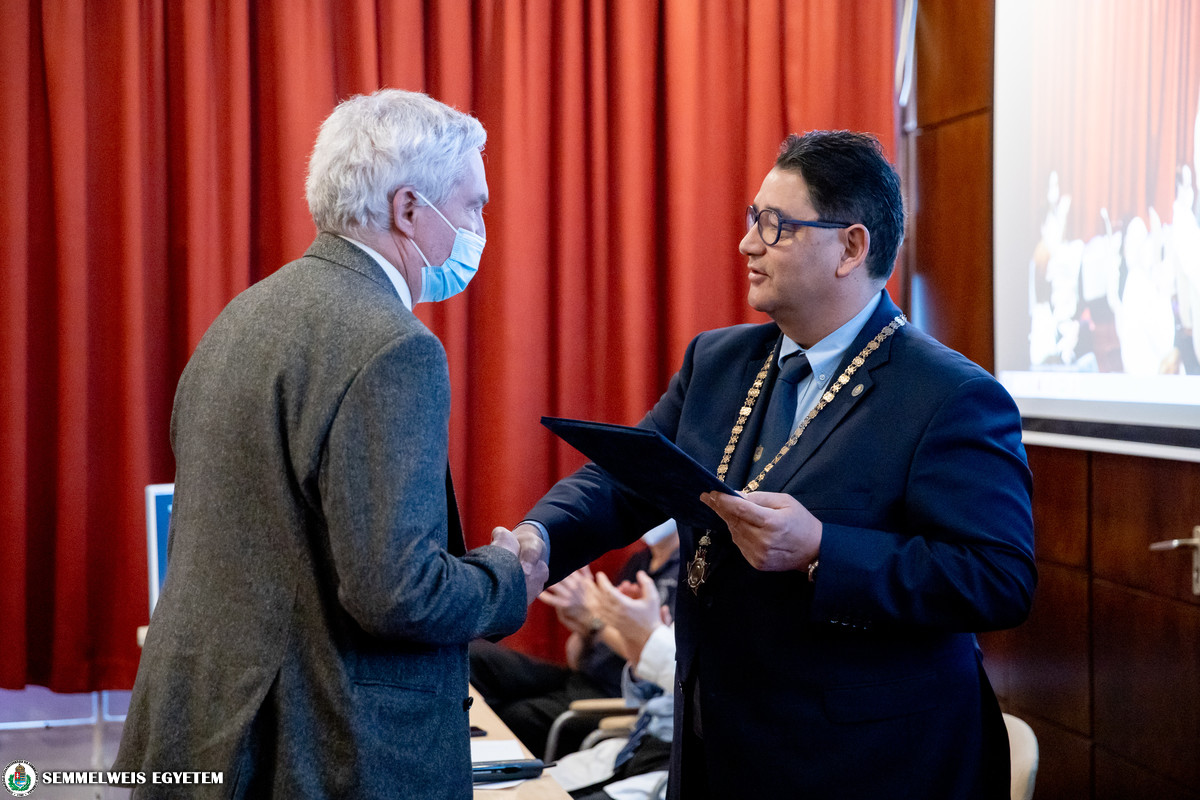 In the laudation, the rector also elaborated on the professional activities of Dr. Endre Moravcsik. Dr. Béla Merkely pointed out that the entire surgical repertoire of adult cardiac surgery, including heart transplantation, was incorporated in the professional scope of activities of Dr. Endre Moravcsik. He also participated in the first heart transplantation carried out in Hungary in 1992. His field of research is the experimental study of myocardial protection during heart surgery.

Dr. Béla Merkely recalled the period when he himself started to work at the department as a young physician: at that time Dr. Endre Moravcsik was already one of the most experienced cardiac surgeons in Hungary as a fellow of Professor Dr. Zoltán Szabó.

“Dr. Endre Moravcsik was a great fighter in the use of Coenzyme Q-10 treatment, with which he aimed at helping the rehabilitation of all heart surgery patients operated by himself or by other colleagues. The age of 80 is just one stop of this beautiful career. Although he does not operate in the clinic, but everyone can count on his selfless helpfulness. He used to talk about the profession to young physicians for hours, advising them on pacemaker surgeries. He provided them with a real postgraduate training in cardiology”, the rector said.

The work of Dr. Endre Moravcsik was also recognized with the Physician of the Year Award and the Markusovszky Prize. He was also at the forefront as an athlete, as he is a European champion and a multiple Hungarian champion swordsman. 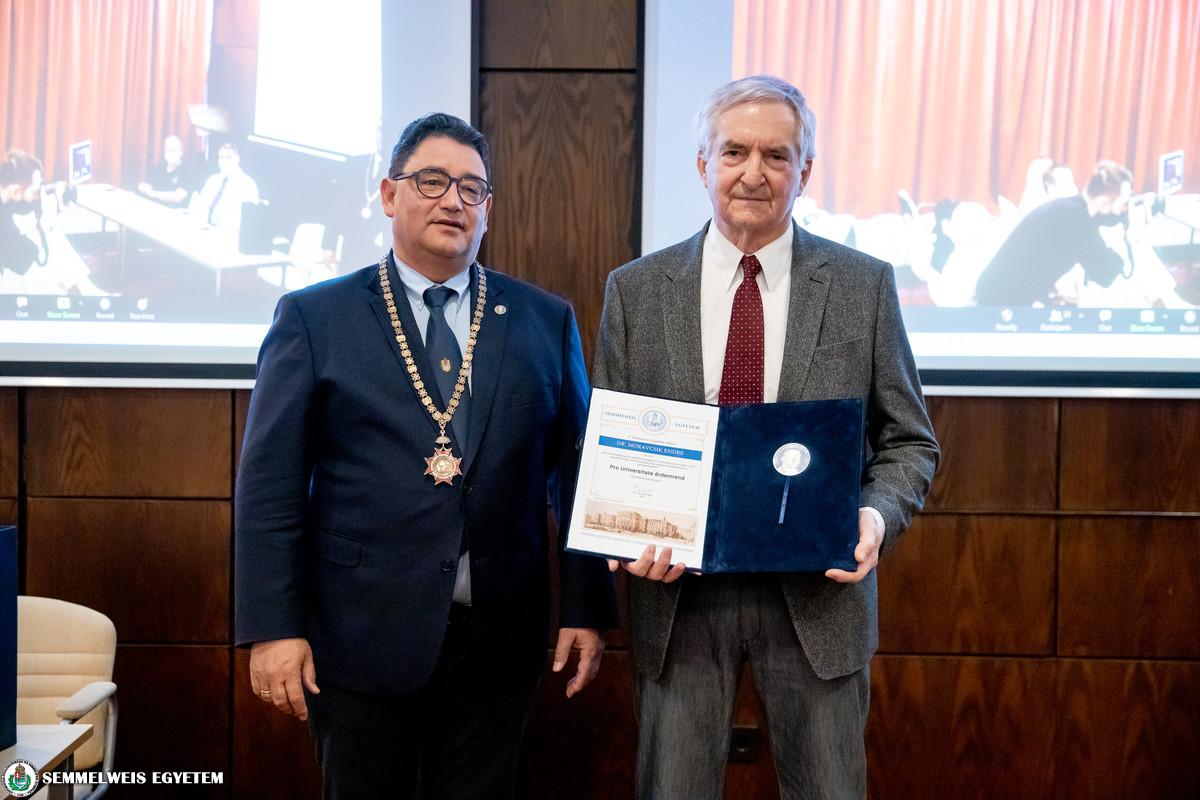 “After reviewing this rich career, the university would like to award the Pro Universitate Award for Dr. Endre Moravcsik on the occasion of his 80th birthday, because in the course of his work he helped to achieve the university’s goals at a high level and contributed to the development and growth of the university”, said Dr. Béla Merkely.

In his speech, Dr. Endre Moravcsik congratulated Semmelweis University on its ranking in the “US News Best Global Universities” 2021 world rankings, where the university became the 87th best in the world by improving 25 places in the “Cardiology and Cardiovascular System” category (for further information, an article about this can be reached here). As he said, he is regularly paying attention to university events, news, and is grateful to have been able to work in such a great community. 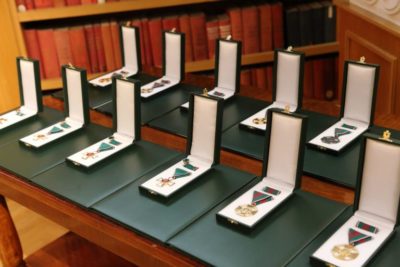 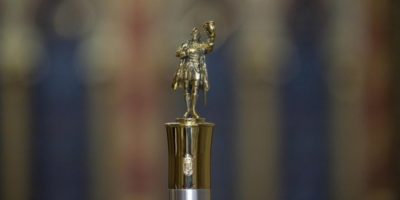 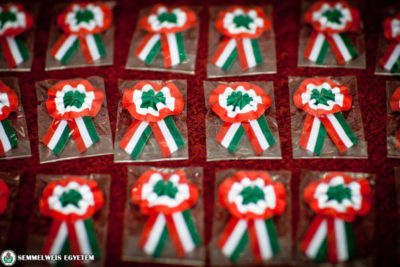