Number of vaccines administered at Semmelweis University - 05. December 2021
More information
The first ever Efficient Health Promotion Conference held at the Basic Medical Science Centre was attended by over 300 participants. The two-day event hosting a professional symposium and an NGO expo gave the opportunity to the leaders of medical and health sciences universities to discuss possibilities to harmonize education and research focusing on prevention. The possibilities were presented from the perspective of the government, the population and health care in the plenary sessions and workshops. 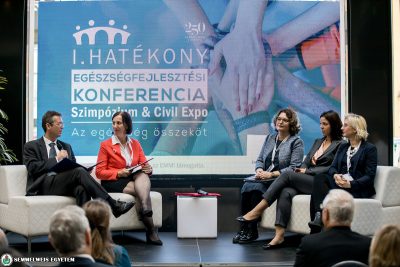 At the opening ceremony of the event Dr. Ildikó Horváth, State Secretary for Health of the Ministry of Human Capacities spoke about our responsibility in the way our current management of healthcare affects that of the future generations.

“Environmental impacts on humans are genetically inherited and our habits are passed on from generation to generation. Health promotion is a long term investment aiming at prevention, avoiding diseases and extending the number of years spent in good health.”, she said.

Ledia Lazeri, Head of the WHO Office in Hungary, highlighted the importance of establishing partnerships. She was pleased that NGOs and researchers were also represented at the event apart from governmental delegates.

In her opening remarks, Iveta Nagyova, president of the European Public Health Association (EUPHA), drew attention to the difference in life expectancy in the eastern and western countries of the European Union. She believes that this conference is a great opportunity to start working on the reduction of such differences by improving the exchange of information. 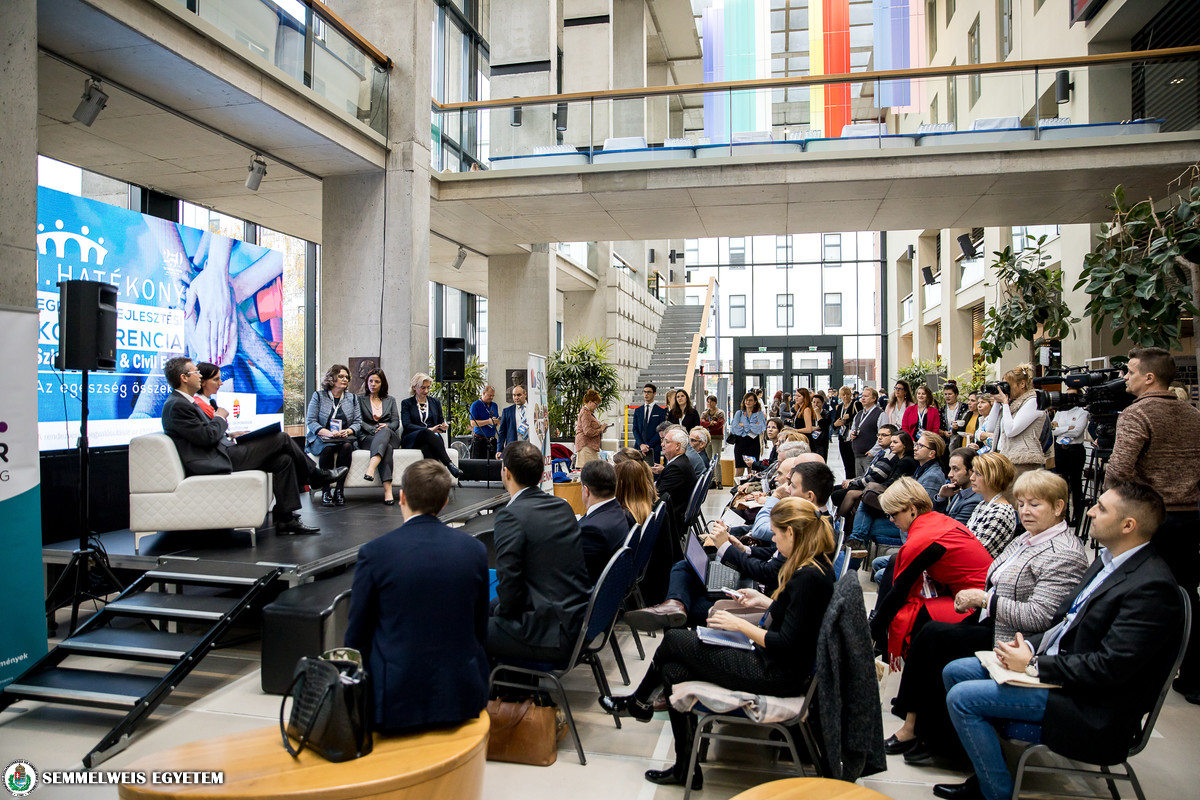 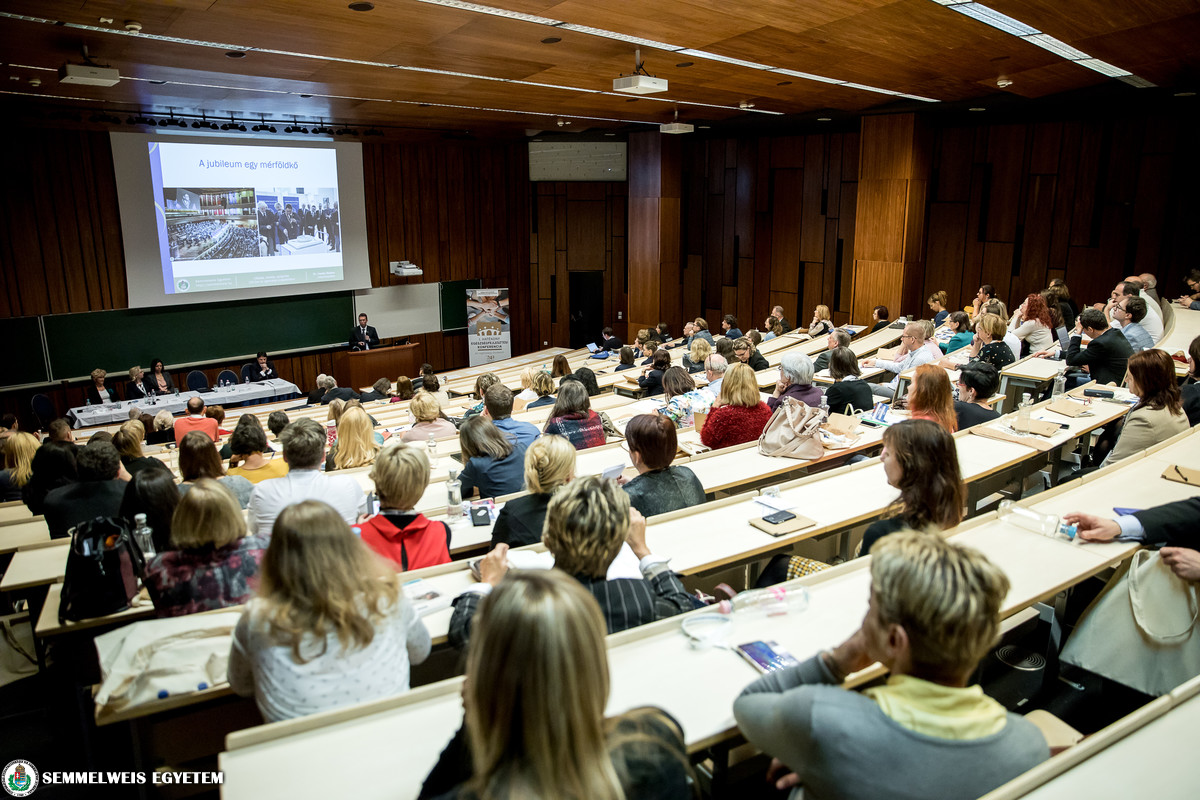 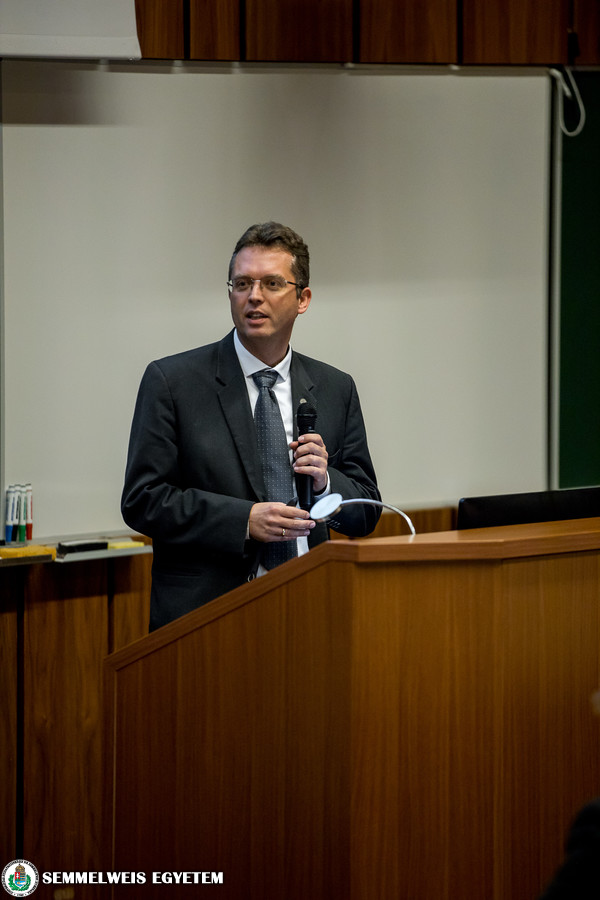 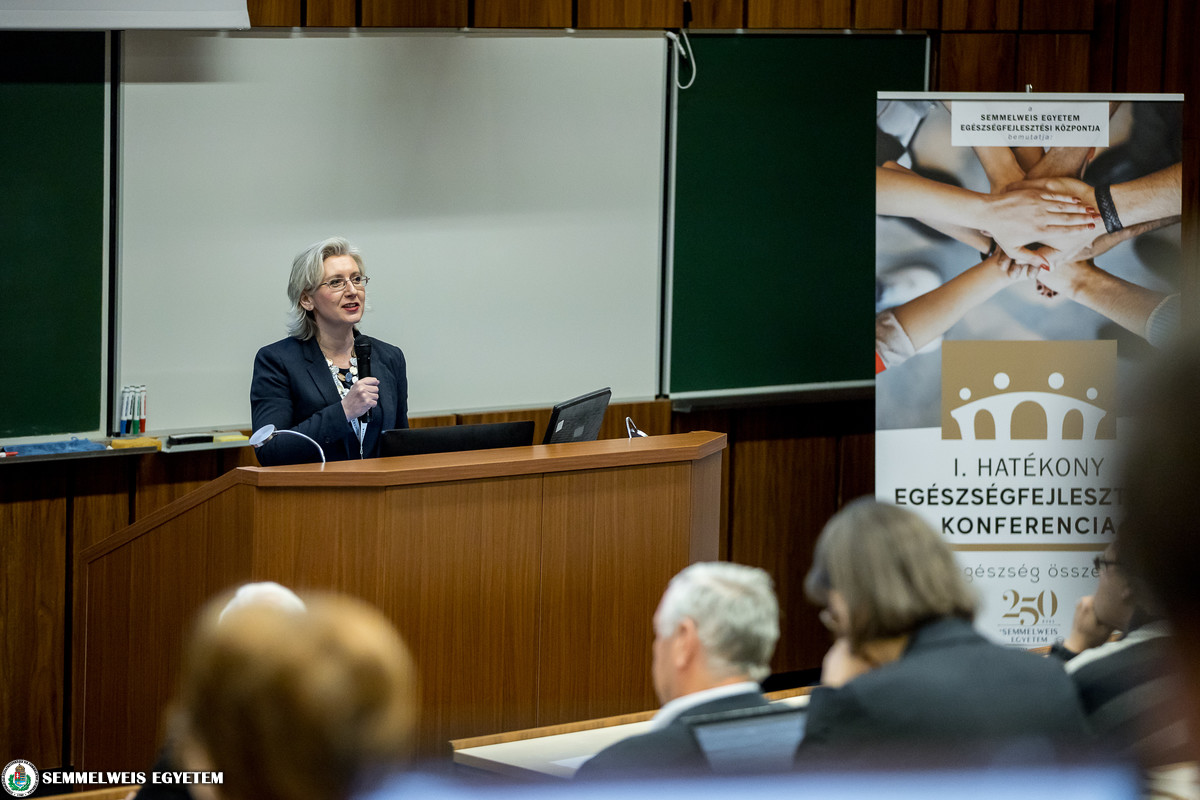 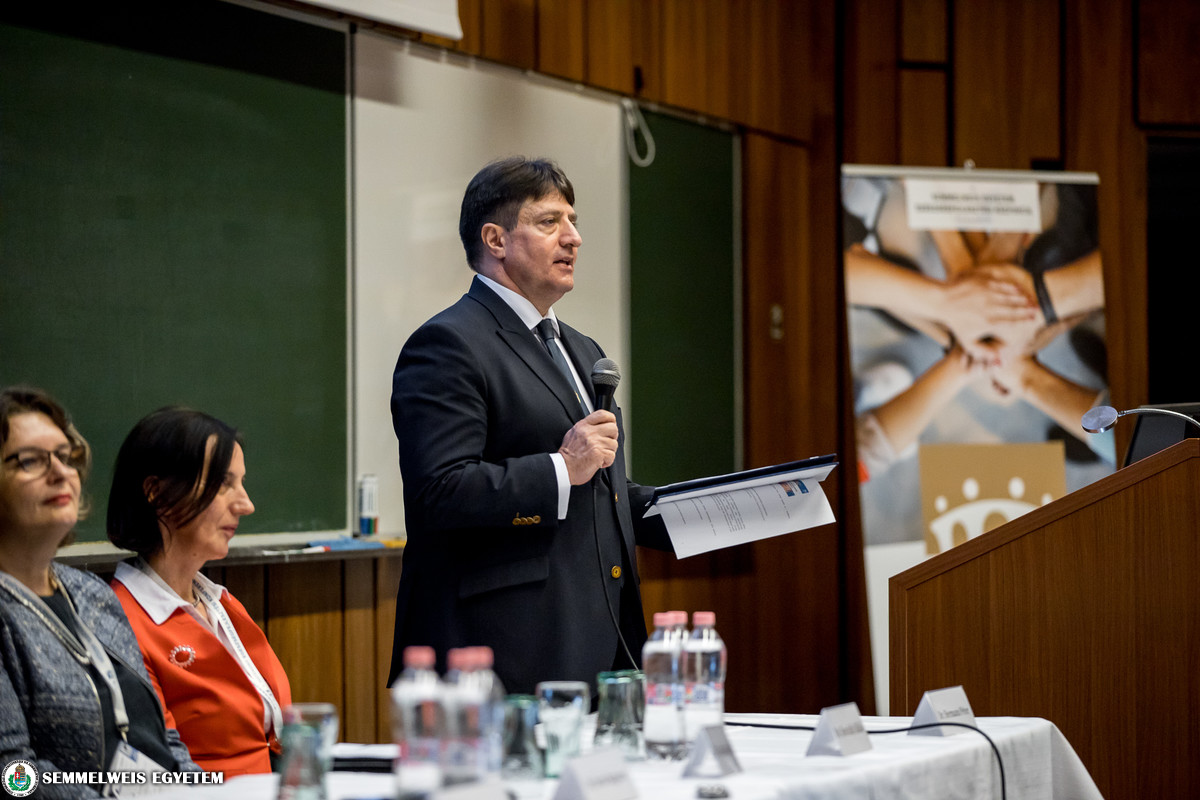 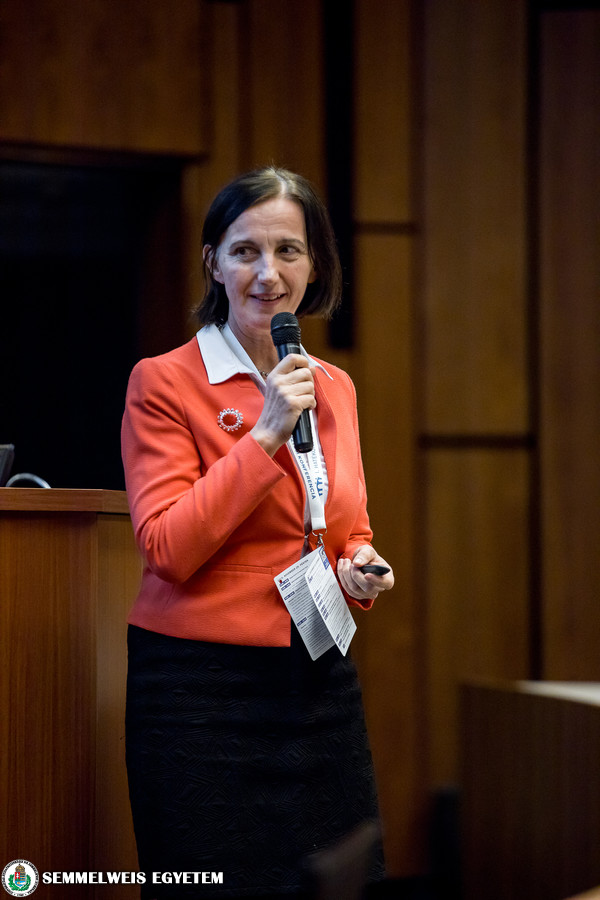 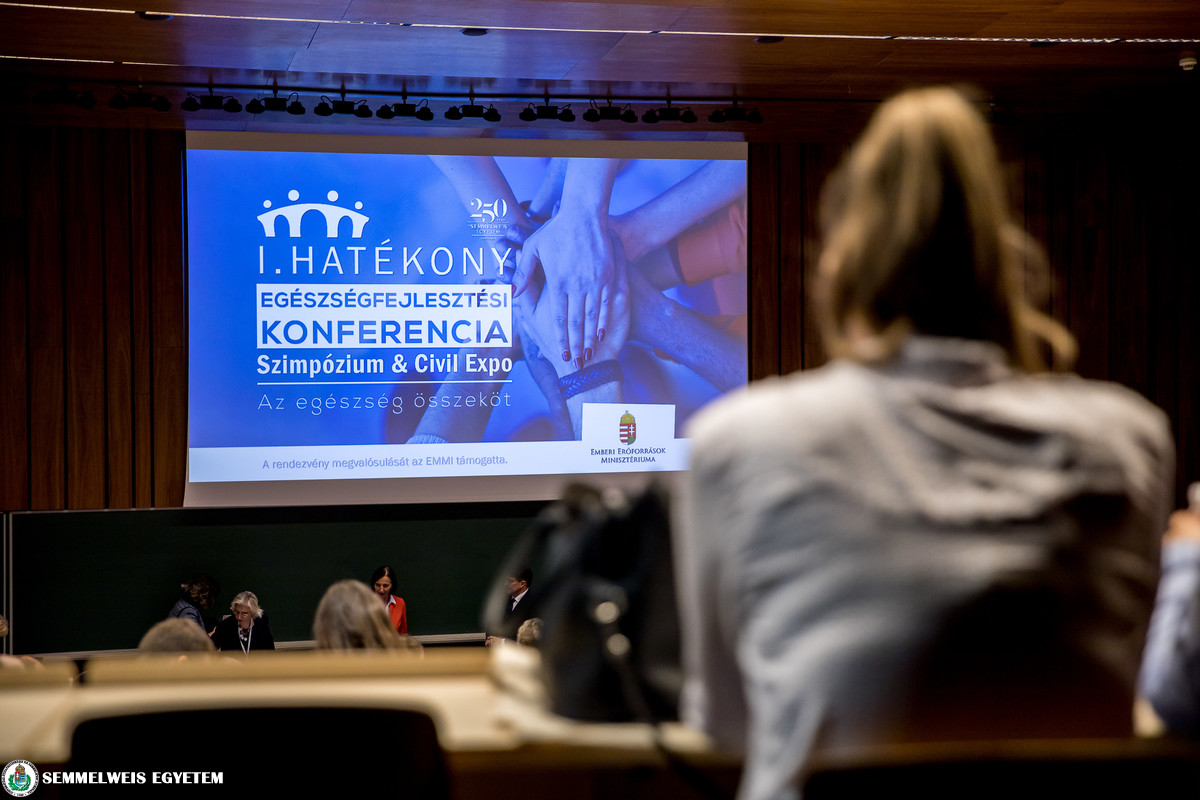 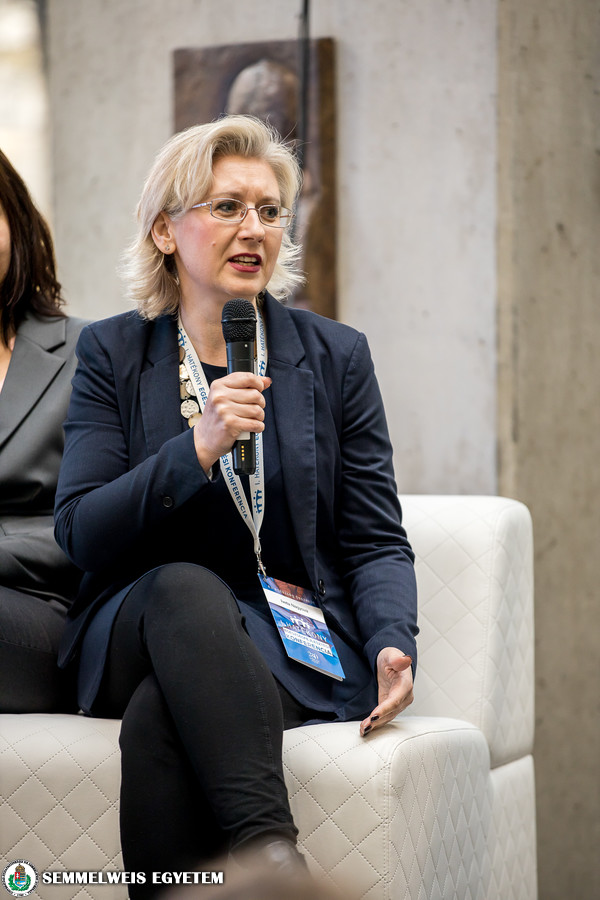 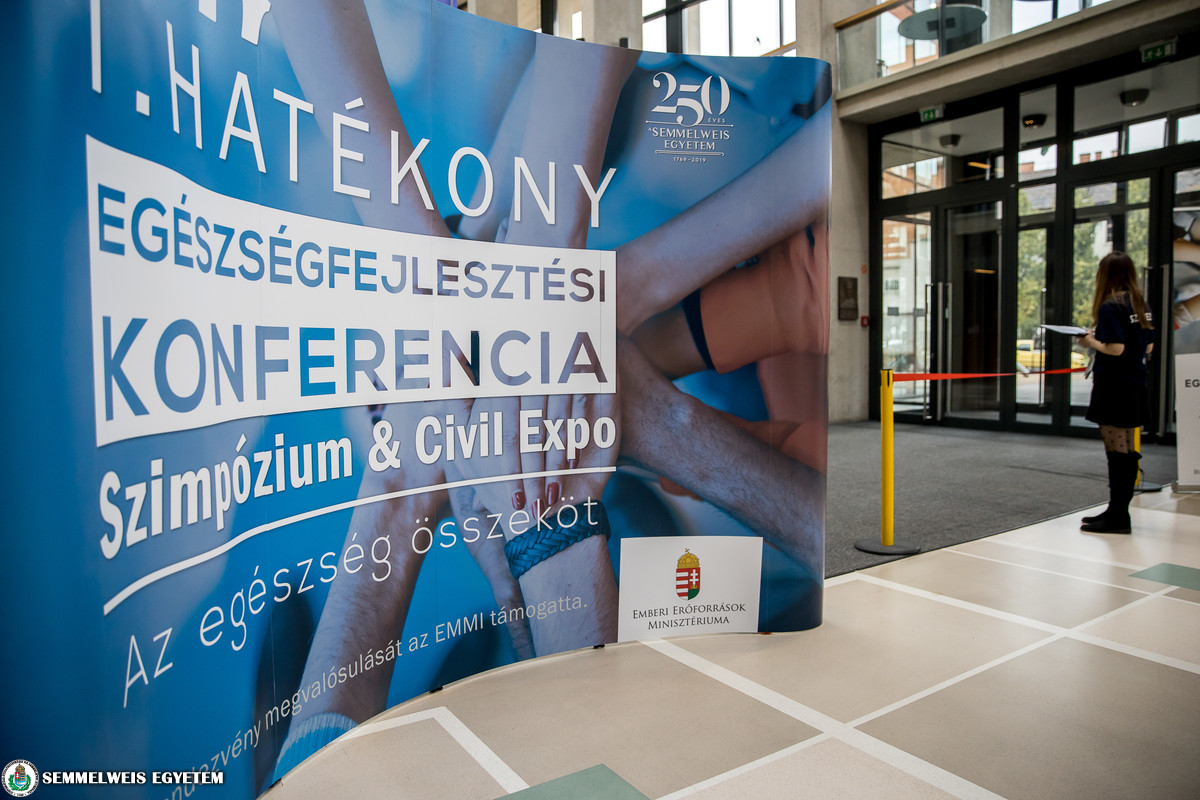 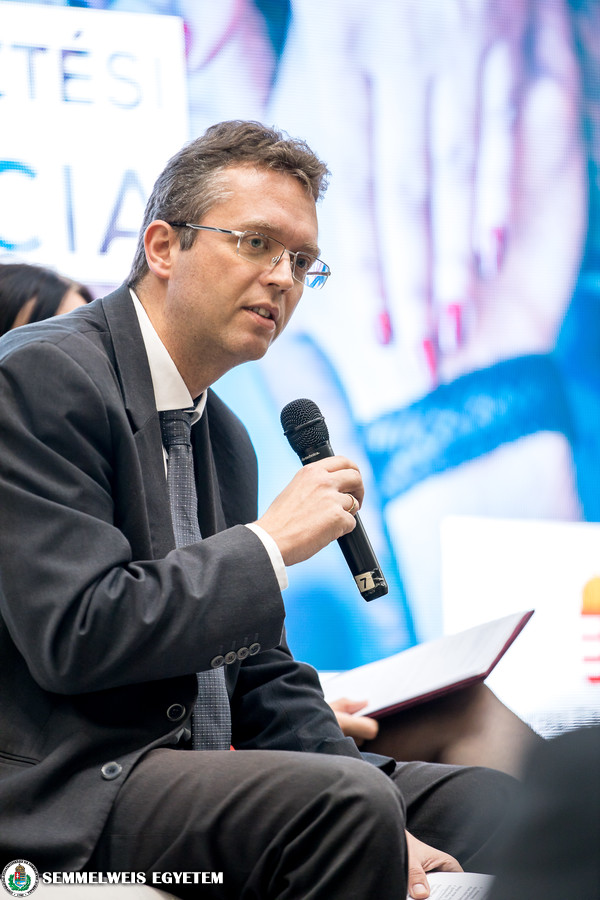 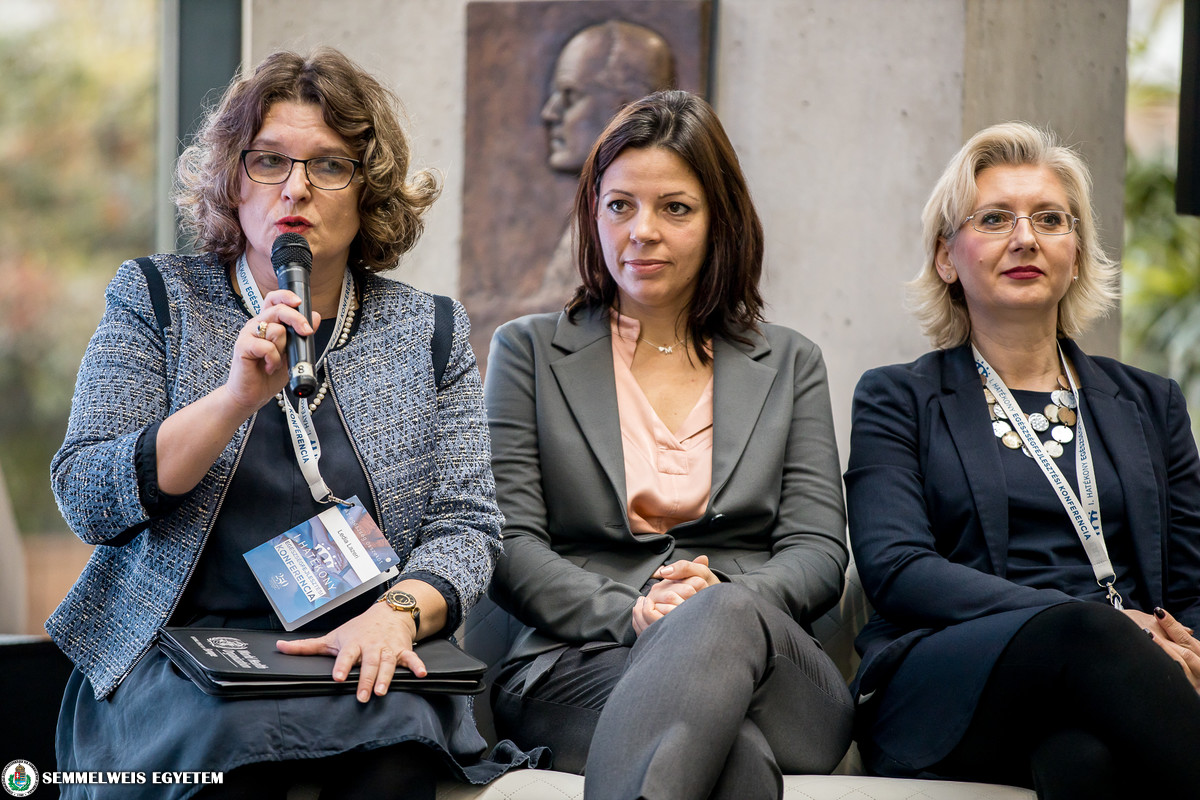 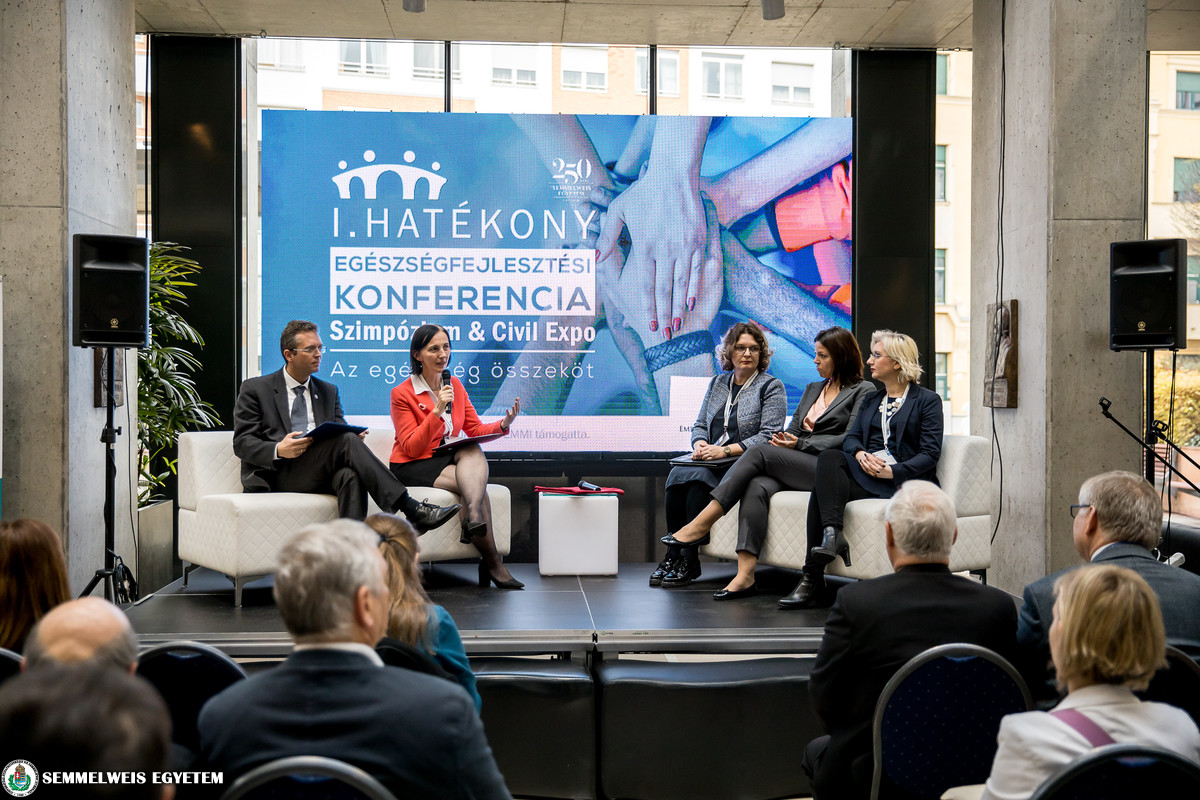 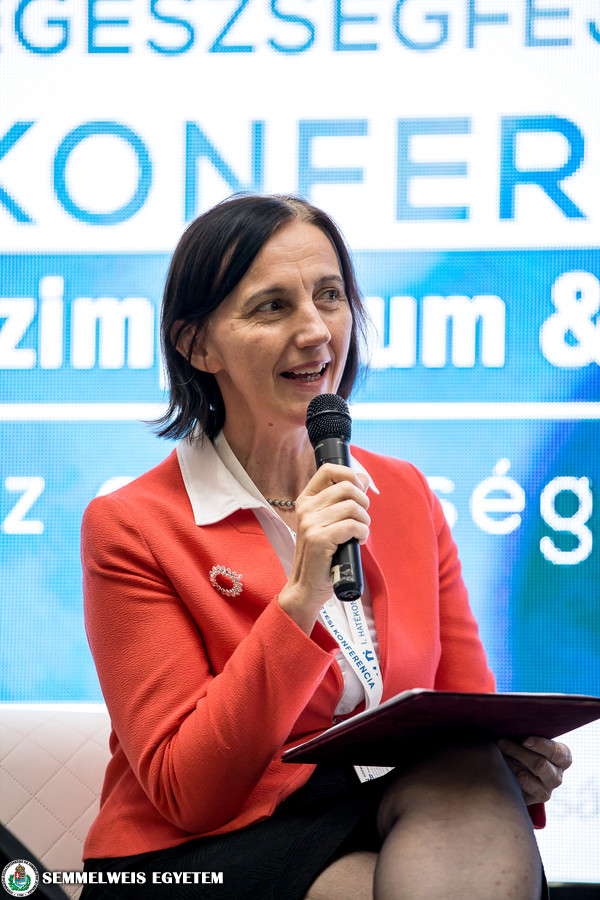 In his opening speech Dr. Balázs Hankó, Vice-Rector for Strategy and Development emphasized the role of the university in propagating health promotion.

“We want to be the truthful messengers of health and not of disease. To do that, we need to start making changes ourselves. We are all responsible for the education of future generations, as more than a third of future doctors, pharmacists, dentists and health care professionals will graduate from Semmelweis University, who will bring about the paradigm shift in healthcare to create a new health culture. The mission of the university is to make health promotion part of everyday life.”, he said. 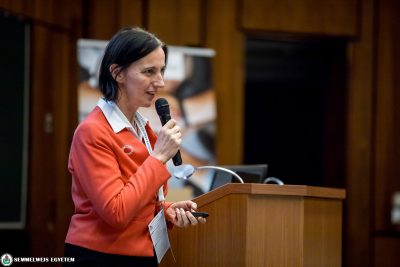 In her lecture “Three generations for health”, State Secretary Dr. Ildikó Horváth pointed out that our genes do carry inherited, innate health.

“Our lifestyle is greatly responsible for the way these genes are modified. We need to change our habits, as the lack of physical activity, smoking and unhealthy diets play significant roles in the development of diabetes, tumours, heart and cardiovascular diseases. It is also vitally important to establish preventive primary care, and to find a common language that could be used to communicate with all three generations: children, parents, grandparents.”, she said.

After a brief presentation of the EUPHA scientific umbrella organization, comprising 47 countries and 81 members, Iveta Nagyova spoke about the societal challenges chronic diseases pose in Europe and Hungary. It is a complex problem requiring complex solutions.

“One of the most important things is to change people’s attitude. The responsibility of doctors is huge and their role is critical in this process; it is not enough to provide people with knowledge, they also need to have willpower and motivation to change and self-esteem to carry out this change.”, said Iveta Nagyova.

In her presentation, Ledia Lazeri said that the goal of health promotion is to empower people to increase their influence and knowledge about improving their own health. The main strategies to achieve this goal are providing support, informing citizens and mediating between social actors.

“The main pillars of health promotion are good governance, the improvement of health literacy, the development of healthy cities and social mobility. Establishing partnerships are vitally important to promote the economical use of resources and the search for creative solutions. Today’s conference is the embodiment of this principle.”, she said.

Dr. Zsuzsanna Füzesi, Head of Department at the University of Pécs, gave a lecture entitled “Focus on the personal and responsible approach – let’s talk about our profession!”, in which she pointed out the difficulties of health promotion. “In pharmaceutical sciences the problem of health promotion is most acute in the field of drug dosing. In most cases, drug dosing is applied incorrectly, the effects of the different products are not taken into consideration. Nearly 200,000 patients in European Union die as a result of inadequate dosing of medicines. Pharmacies are public health meeting points, which should be taken advantage of.”, he said.

Following the opening session, 22 civil health promotion presentations, six workshops and nine plenary sessions were held over the two-day event, with a total of 350 participants. Leaders of medical and health sciences universities discussed the current issues of public health education, proposing a common professional approach. Several outstanding health promoting NGOs were invited as part of the Health Promotion Civil Expo and awards were handed out.

“The Health Promotion NGO of the year became the Málvavirág Foundation, the Moravcsik Foundation received the prize for the hnine plenary sessions of ealth promotion program of the year, and the audience prize was awarded to the Hungarian Medical Students’ Association.”, said Dr. Magor Papp, professional director of the Semmelweis Health Development Center.

The 60th birthday of the Health Development journal was also celebrated at the event. The workshops provided opportunities to explore various topics from different perspectives. The professional symposium involved credible and successful communication in health promotion, change and innovation management in public health and health promotion, and modern trends in health promotion. 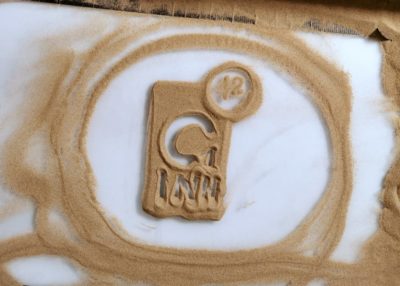 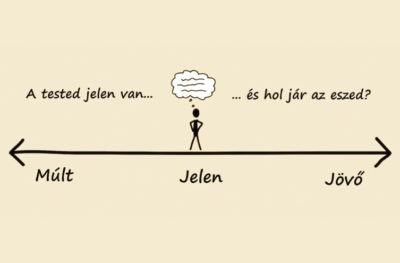