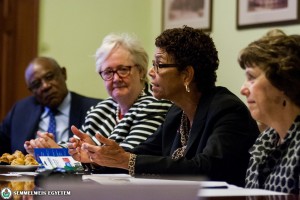 Semmelweis University and Rutgers University signed a Memorandum of Understanding on 10th September, which has given a formal framework to the 30-year-old relationship between the two institutions. The first step of the collaboration focuses on the introduction of the Erasmus+ mobility programme, which would help to identify interoperability between the two institutions’ curricula. Later on the partnership is expected to be extended to joint research and talent support scholarship programmes.

The American university’s delegation were greeted by Dr. Ágoston Szél, Rector. Dr. Marcel Pop, Director of International Relations introduced Semmelweis University and the relationship of the two institutions, including mutual projects. Dr. György Bagdy, Vice-Rector for Scientific Affairs pointed out that the most important areas of collaboration are the extension of the scope of the staff and student exchange programme at the Faculty of Health Sciences, and the establishment of educational and joint research activities. 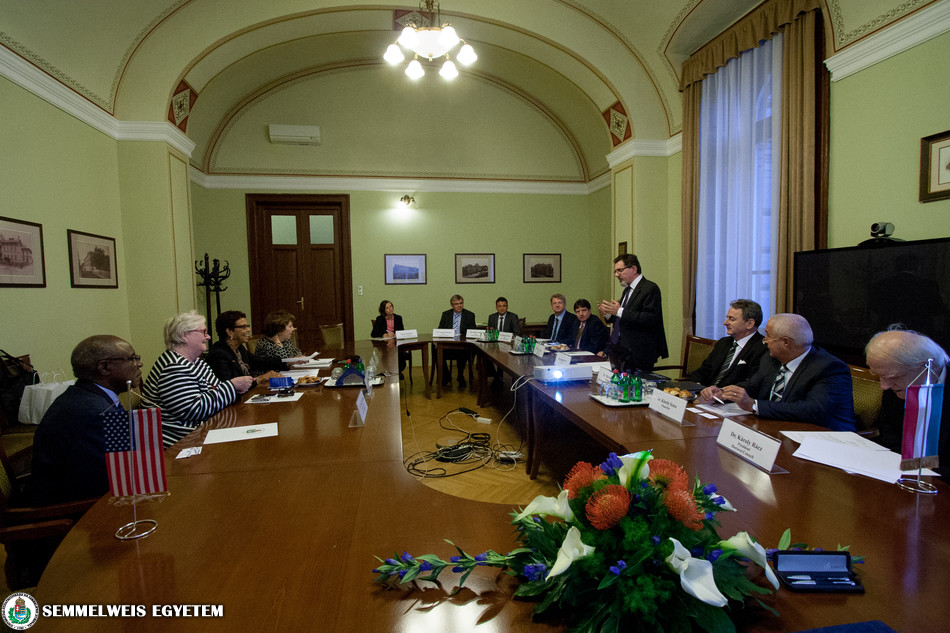 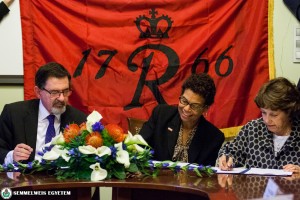 The meeting was concluded by the signing ceremony, after which Dr. Phoebe Haddon invited the leadership of Semmelweis University to celebrate Rutgers University’s 250th anniversary in November. The signing ceremony was followed by a lunch, where Dr. Károly Szász, Chancellor and Dr. Phoebe Haddon discussed their experiences regarding financing, budgetary policy and resource management.

The official programme continued on the following day, when the delegation was received by Dr. Zoltán Zsolt Nagy at the Faculty of Health Sciences. During the meeting the Faculty was introduced by the Dean and Dr. Marie O’Toole, Senior Associate Dean of the Camden School of Nursing gave an account of the American institution. 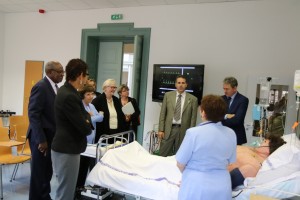 Dr. Nagy Zoltán Zsolt and Dr. Sándor Hollós, college professor of the Department of Oxyology and Emergency Care suggested that the joint initiative focus on staff and student exchange at the Department of Nursing. The first steps in the realisation of the project would be the exchange and preliminary review of the two institutions’ curricula in order to identify interoperability between the two nursing programmes. 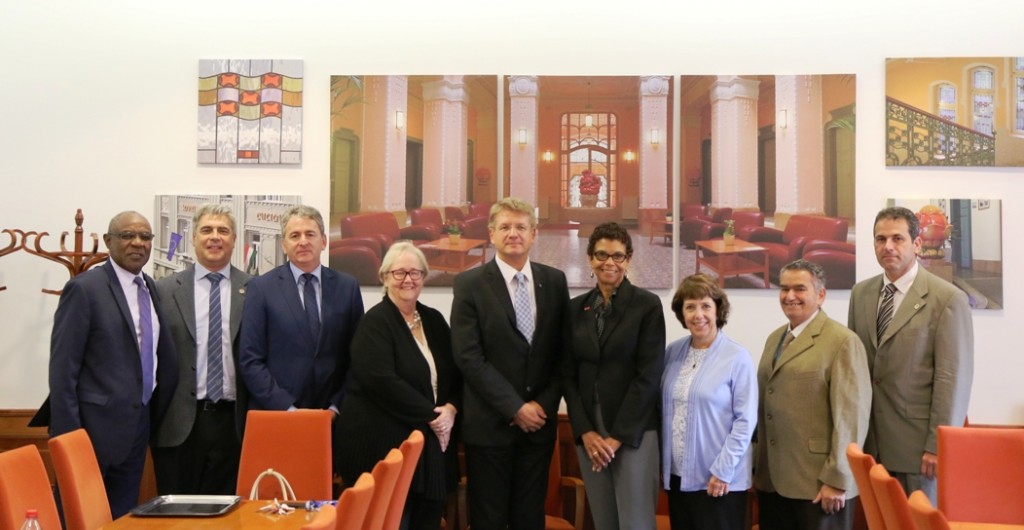 Katalin F. Tóth, institutional Erasmus coordinator said that Semmelweis University has successfully applied for a grant within the framework of the Erasmus+ mobility programme, which will enable the exchange of one staff member and one student between the Faculty of Health Sciences and Rutgers University School of Nursing until 31st May 2017.

Closing the meeting, Dr. Zoltán Zsolt Nagy invited the delegation of Rutgers University to the celebrations held on the occasion of the 40th anniversary of the Faculty of Health Sciences in November.