The delegation of the Chinese Third Military Medical University (TMMU) visited Semmelweis University on the invitation of Rector Ágoston Szél. The meeting aimed at continuing negotiations started in 2013 and identifying possible areas of cooperation. 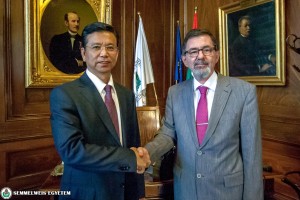 Rector Ágoston Szél outlined the structure of Hungarian medical education and pointed out that the most efficient way of collaboration between the two institutions could be through joint research, therefore Semmelweis University’s main areas of research were introduced by Dr. György Bagdy, acting Vice-Rector for Scientific Affairs. Dr. Luo Changkun, President of the Chinese institution presented TMMU’s most prominent fields of expertise which are traumatology, plastic surgery, orthopaedics, cardiology and pulmonology. 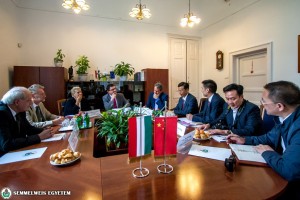 Dr. Ágoston Szél said that Semmelweis University is willing to enter into a partnership with the Third Military Medical University and asked Dr. Judit Mészáros, former Dean of the Faculty of Health Sciences to act as the contact person on behalf of Semmelweis University. At the same time, the leaders of the Chinese university suggested that the two institutions should sign a Memorandum of Understanding in October 2015 to formalize the partnership. 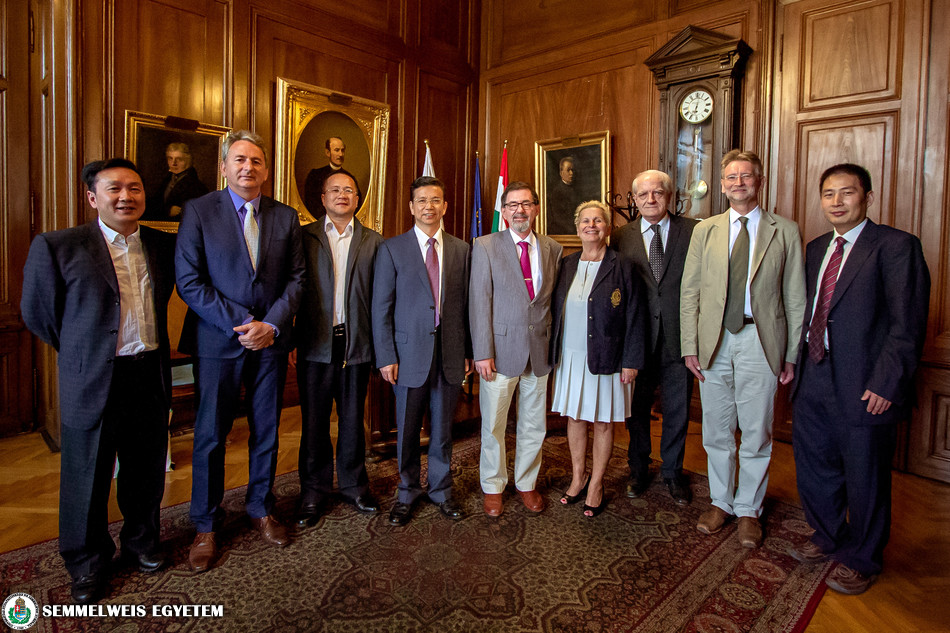 Following the meeting the Chinese delegation was introduced to different departments and institutions of Semmelweis University. The 1st Department of Pathology and Experimental Cancer Research was presented by Dr. András Matolcsy who emphasized the department’s state-of-the-art digital technology. The delegation also visited the Second Department of Internal Medicine under the leadership of Dr. Károly Rácz and got acquainted with the research activities of the Basic Medical Science Centre with the help of Dr. András Kaposi.