Dr. Ágoston Szél, rector of Semmelweis University welcomed the delegation of the World Federation of Chinese Medicine Society (WFCMS). The organisation assists Semmelweis University’s Faculty of Health Sciences with its traditional Chinese medicine programme, as well as with the establishment of the Central European Centre of Traditional Chinese Medicine based on a governmental initiative. 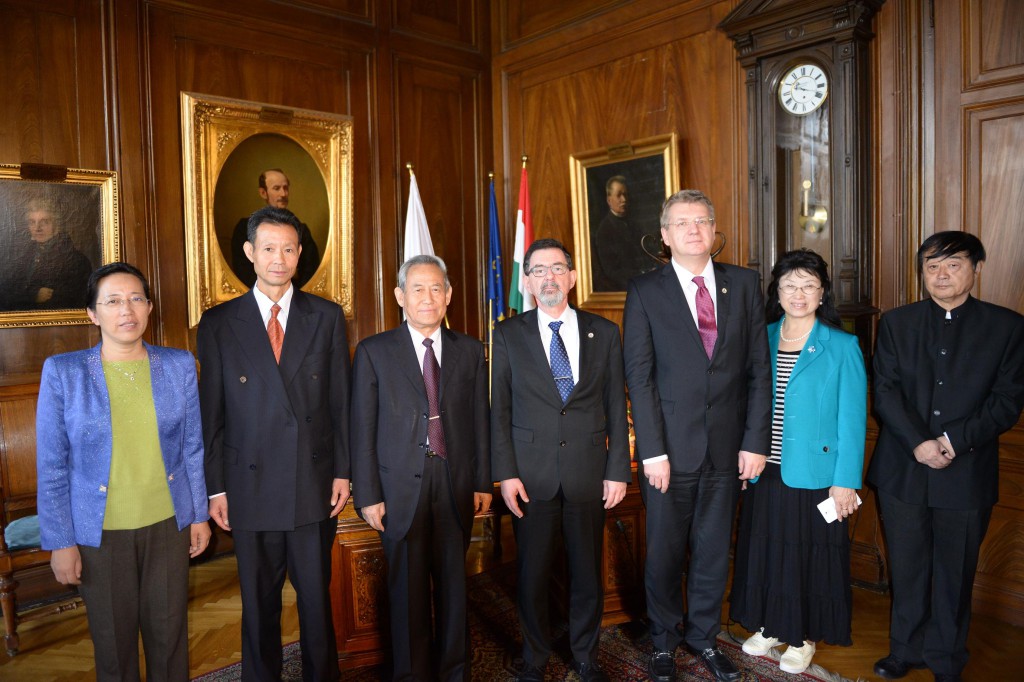 Dr. Zoltán Zsolt Nagy, dean of the Faculty of Health Sciences recalled that they launched the traditional Chinese medicine programme four years ago which is planned to be supervised by an appointed professional committee in the future. He asked the leaders of Chinese Federation to appoint a contact person who may provide assistance in the future to restructure the programme. According to him, the Faculty already has a clear plan on how to strengthen the programme; however, they will require help from the Federation to create the curriculum. 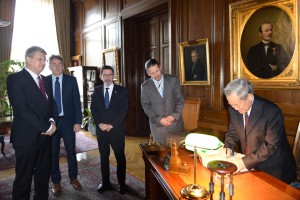 Dr. Li Zhenji, vice-president of the WFCMS talked about the Federation’s activities which take place in numerous disciplines of medicine, including internal medicine, surgery and orthopaedics. The Federation has a close partnership with the World Health Organization (WHO) and the UNESCO as well. According to the Vice-President, international standardisation is among the Federation’s most important tasks. The Vice-President expressed his hope that the cooperation of the Hungarian and Chinese governments as well as the partnership between WFCMS and Semmelweis University will be successful in the establishment of the Centre of Traditional Chinese Medicine.

The head of Semmelweis University’s Directorate of International Relations, Dr. Marcel Pop, emphasised that the Faculty of Health Sciences launched the English language programme according to the curriculum of the Heliongjiang University of Chinese Medicine. The leadership now wishes to strengthen the foundations of the programme and to integrate the standardisation laid down by multiple organisations since the technical, personnel and content related conditions of the accredited Centre of Traditional Chinese Medicine have to be established – stated the Director. 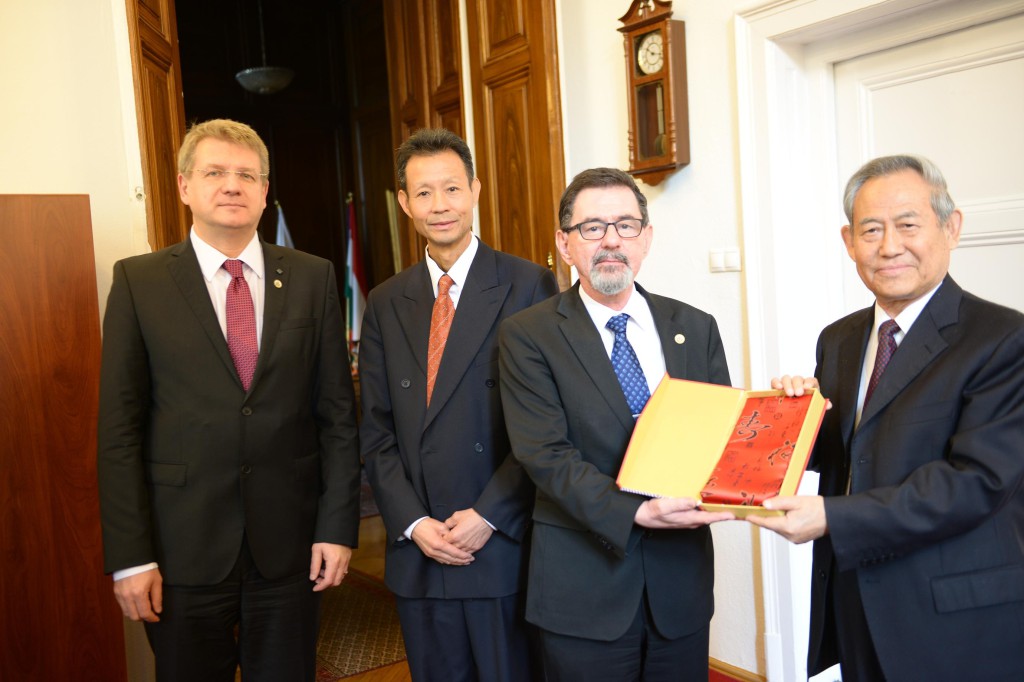 The education of traditional Chinese medicine was launched in September 2010 at the Faculty of Health Sciences. The students complete the first 8 semesters at the Faculty in; however, the last clinical practice is undertaken at the Heliongjiang University of Chinese Medicine. At the end of their studies they are granted a BSc diploma from the Chinese university which allows them to pursue a profession in a unique and increasingly recognised field of science.

The leaders of the University travelled to Hungary from Saint Petersburg where they attended the 11th Congress of Traditional Chinese Medicine. Among the participants of the meeting were Dr. Yu Funian, president of the Hungarian Association of Traditional Chinese Medicine, Dr. Márk Oravecz, the Association’s secretary-general, as well as Dr. Natália Popovics, representative of the Institute of Pharmacy and Healthcare Quality and Operational Development (GYEMSZI). 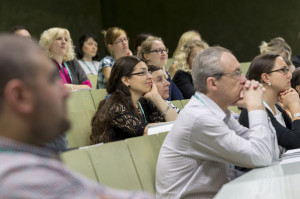 Over 31 countries represented at this year’s Budapest Nephrology School 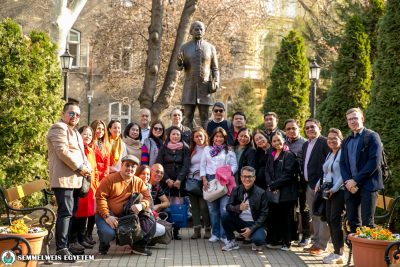