The mission of the Institute of Conductive Development of the András Pető Faculty, Budapest, is to provide assistance to children and young adults with motor disabilities originating from damage to the central nervous system. At our Institute we offer intensive individual and group sessions to train clients how to overcome challenges of everyday life from simple actions to more complex activities: from lacing shoes through using cutlery to independent movement forms. The development programme adopts the special Pető method whose essence is teaching those in need to adapt and integrate to circumstances of daily living. 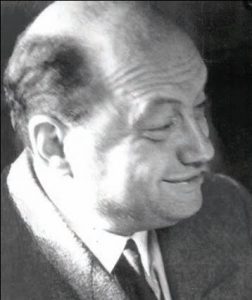 The founder of conductive education was born on 11th September 1893, in Szombathely, Hungary as a son of a commercial father and a teacher mother.

Having studying medicine at the University in Vienna and working in various hospitals in Austria, Andras Peto became an experienced neurologist. He was a pioneer in working with children with cerebral palsy by using a holistic approach to overcome any difficulties connected to their neurological motor disorders.

Through his professional and personal achievements, Peto have been actively trying to prove that despite the damage, the nervous system still possesses the capacity to form new neural connections and this ability can be mobilised with the help of a properly guided teaching and learning process. That is the reason why Professor Peto called his method Conductive Education (Latin origin).

Peto began to work with children with cerebral palsy, whose condition had been thought incurable and after a year an inspection committee reported that the children’s condition had considerably improved. He provided motor therapy, special gymnastics, breathing exercises and motor education.

“He put ‘health’ and ‘illness’ on another basis. He approached the problem with bio-psycho-social-holistic view. It appears in his terminology too – there is ‘client’ instead of ‘patient’, a dynamic process analysis instead of the causal approach, educative-reeductive learning together instead of therapy-curing, a conductor leads towards independence instead of a doctor-physiotherapist.”*

He worked persistently until his death. He died in the institute in 1967.

​Peto’s mission and legacy have been carried through the years and the geographical borders; although the aim remained the same – to show individuals suffering from injuries to the central nervous system and their families the way to a full life and to make society aware of the opportunities to help.