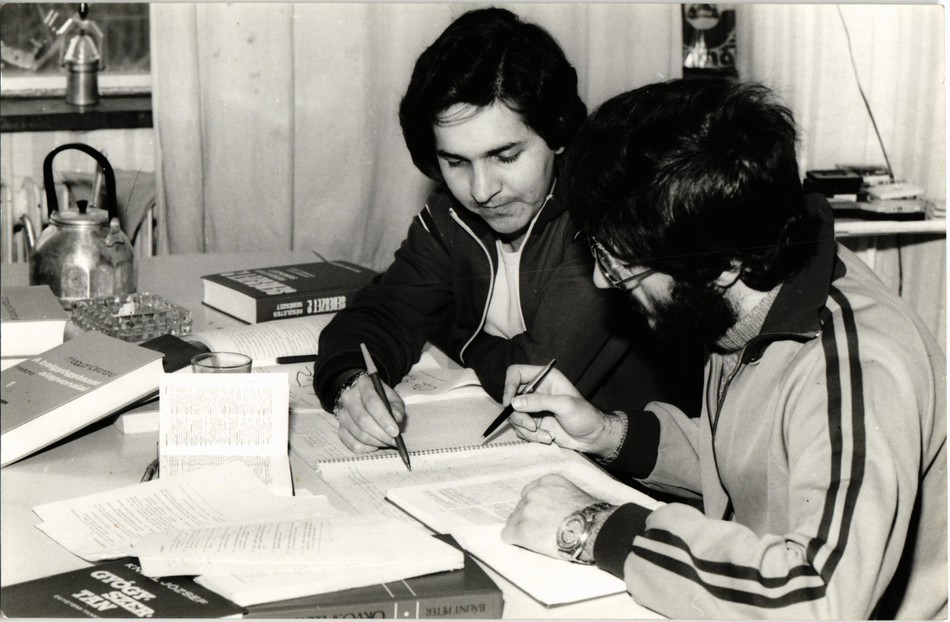 The German-language training of general practitioners was launched at Semmelweis University. Education in German language was temporarily offered at the university between 1959 and 1969 already, but the current international training started 40 years ago with the German-language training of general practitioners. 250 students applied for the first German course, and it eventually began with 120 students in 1983. 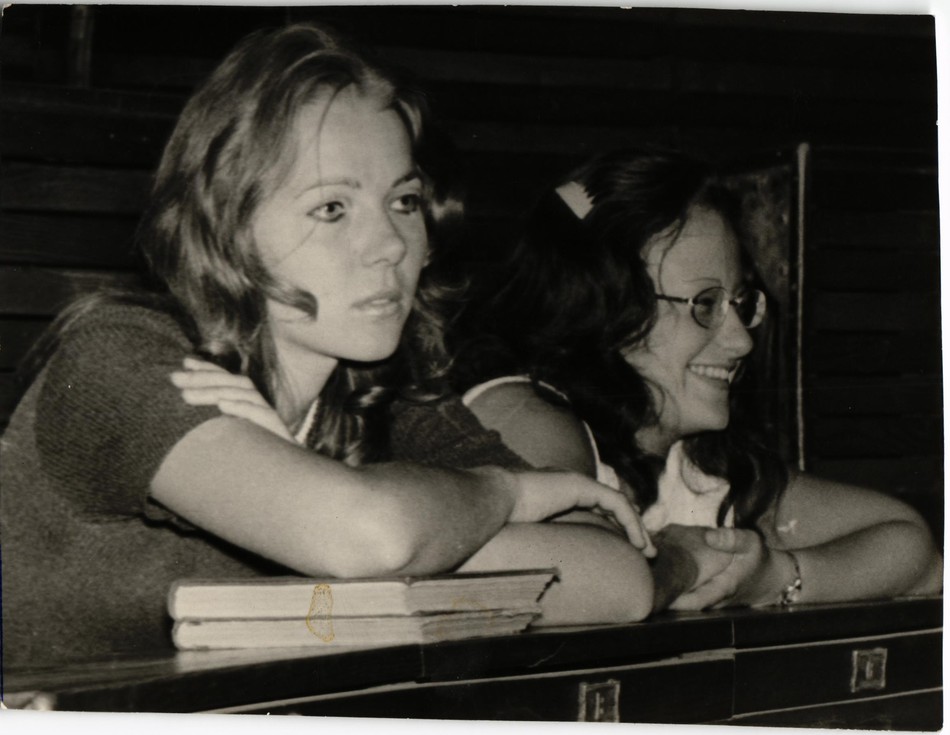 German-language dental training was launched. Future dentists completed the theoretical foundation years together with the general medical students, so that in 1987, the university’s first German dental students were able to move on to the third year of specialized subjects. Since then, the training system has changed: from the first year onwards, general practitioners and dentists are studying separately. 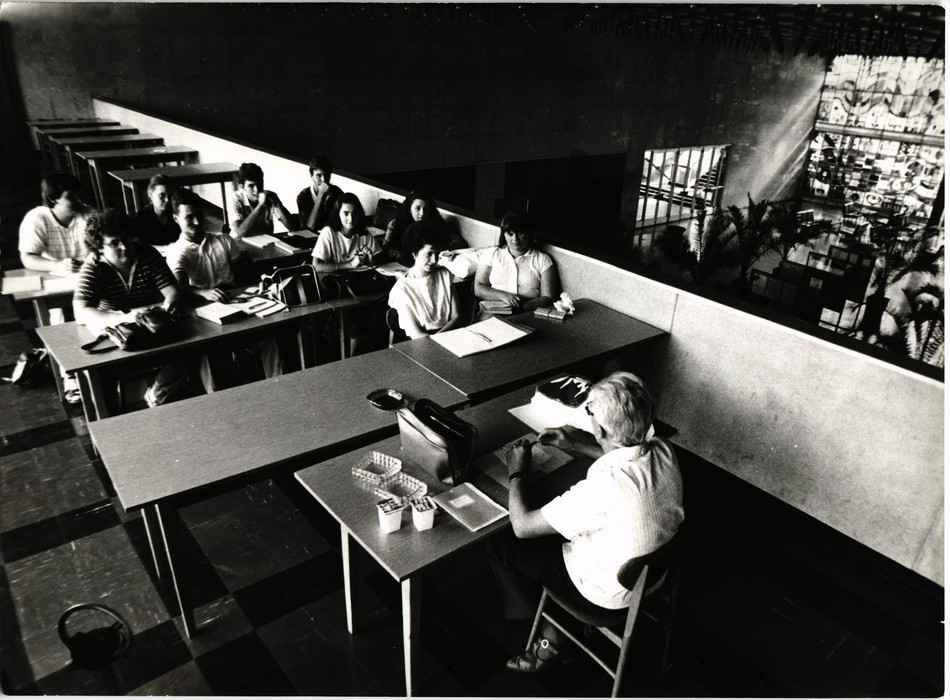 English-language training for doctors, dentists and pharmacists was launched. With the change in Hungary's political system, a wider opportunity for international inclusion in higher education opened up. Between 1987 and 1989, an "experimental class" of six students completed the first two years of theoretical studies successfully. In 1989, the Faculty of Medicine, the Faculty of Dentistry and the Faculty of Pharmacy also announced admission to English-language courses. Today, citizens of 97 countries from 5 continents study at Semmelweis University. 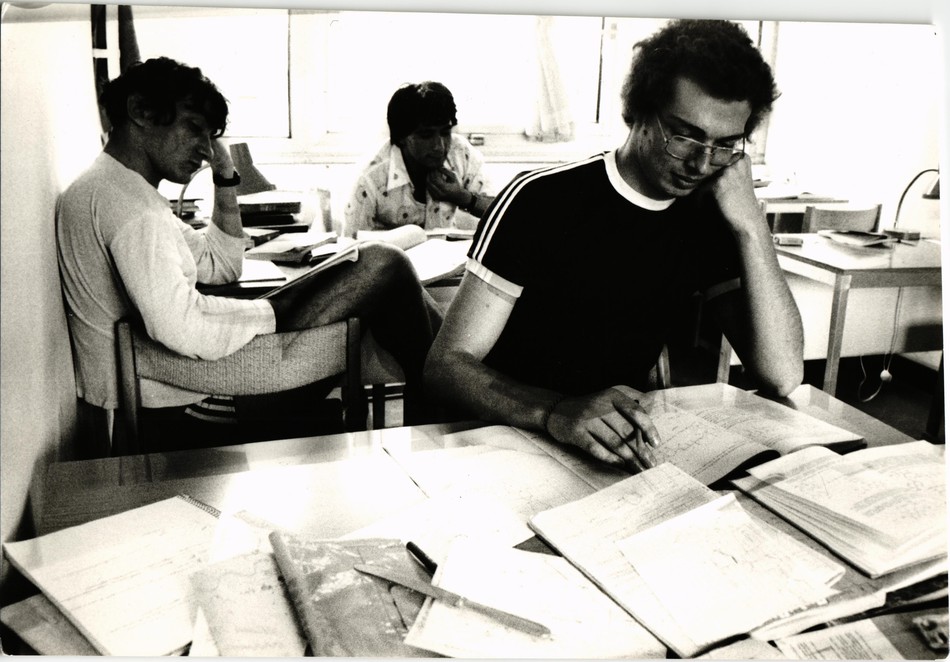 The first diplomas were awarded to graduates of the German-language dental training.

The first diplomas were awarded to graduates of the English-language programs. The number of students from different nationalities who successfully completed English-language courses exceeded 4,000 in 30 years. The majority of these graduates are general practitioners, but the number of dentists and pharmacists with Semmelweis degrees in English is also growing. 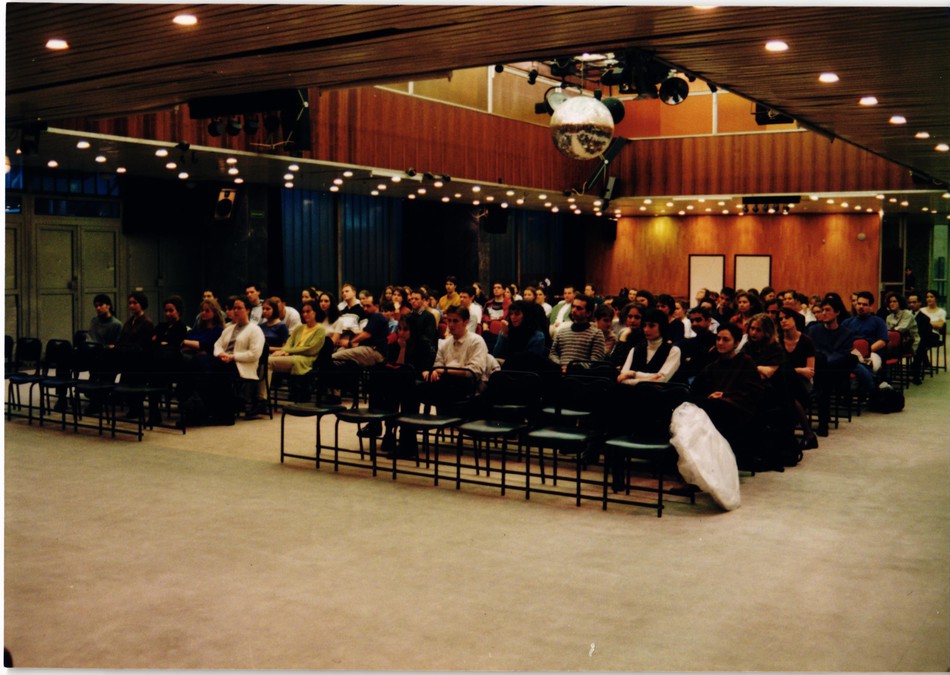 The Jubilee Alumni Meeting, held to commemorate the 20th anniversary of the launch of the German-language training for general practitioners was attended by more than 400 people, who had studied in the German-language program at the university in previous decades. 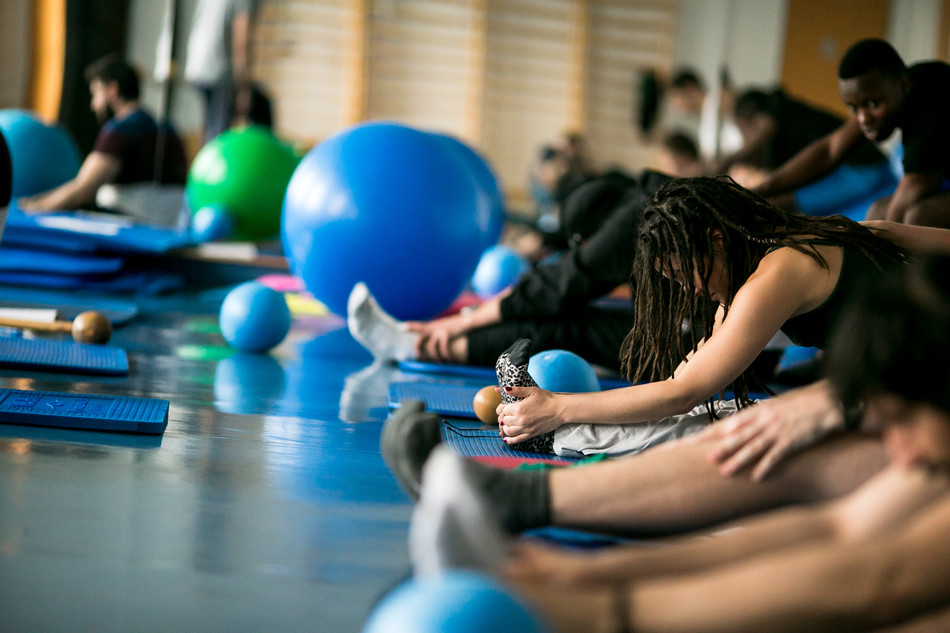 The English-language physiotherapy training was launched as the first international graduate course at the Faculty of Health Sciences, and since then it has been continuously expanded with new courses. Today, English-language courses are offered in the following areas: nursing and patient care (BSc) with a specialty in physiotherapy, midwifery, nursing, and dietetics; optometry; nursing (MSc) and physiotherapy (MSc). 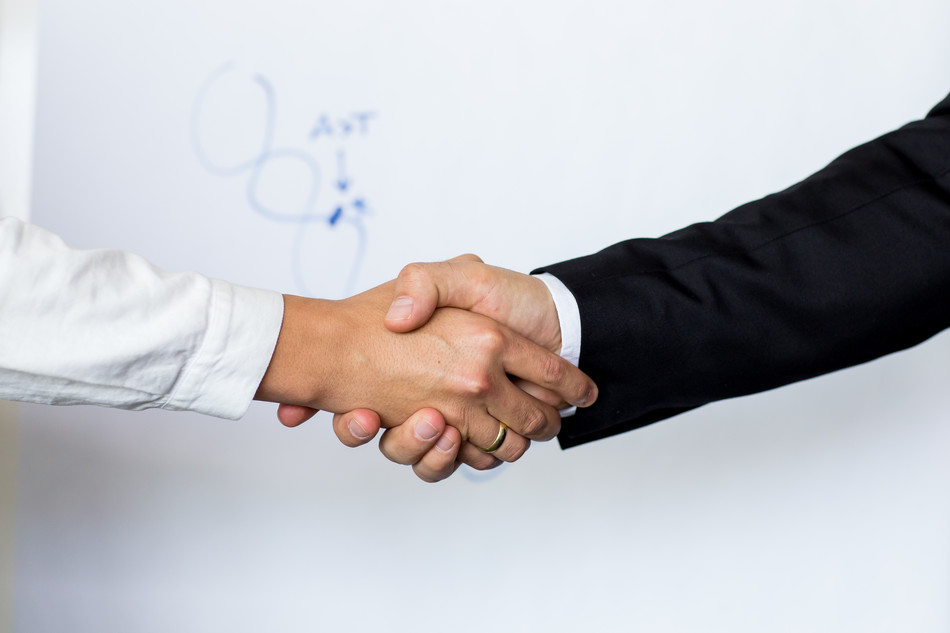 Students studying in English and German set up their representative organizations. The German students have set up an organization called "Deutschsprachige Studentenvertretung Semmelweis" (DSVS), which operates on a voluntary basis with the motto "Students for Students". The "International Semmelweis Student Association" (ISSA) is an organization for English-speaking students, which also serves as a link between the university and the students, organizing events and offering assistance with academic matters. 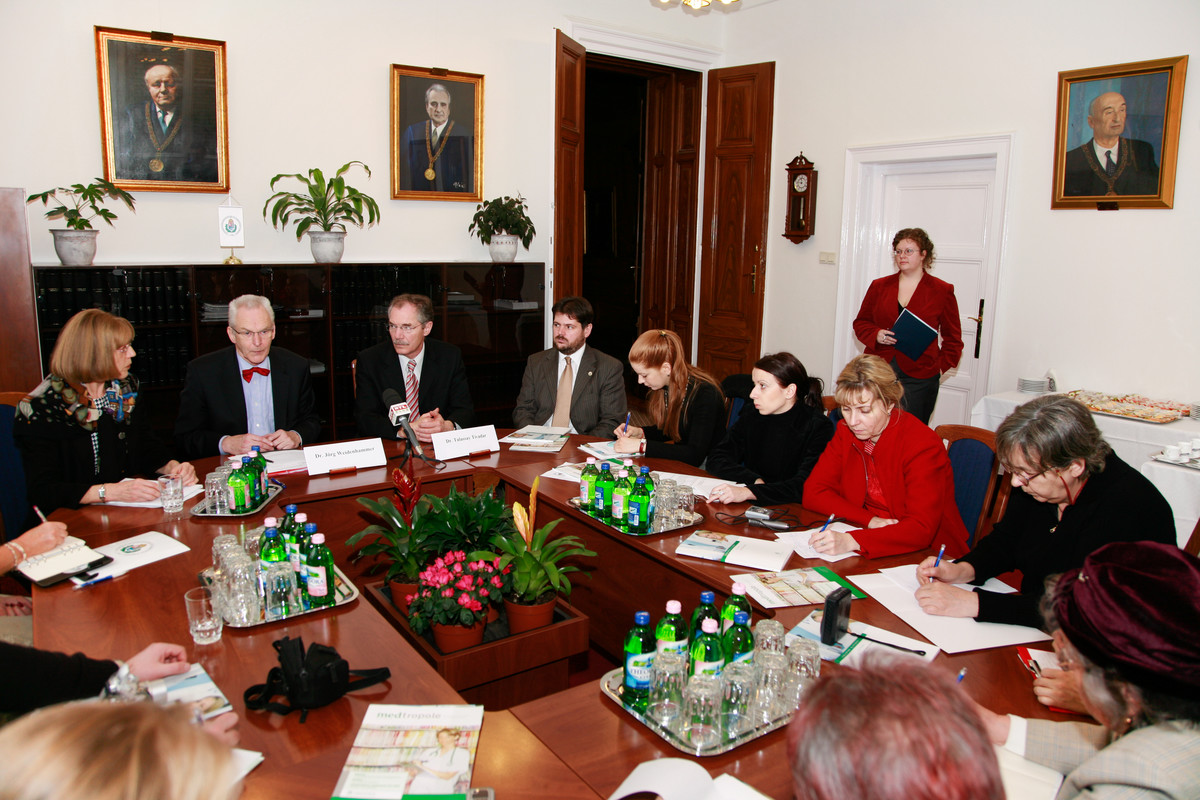 Asklepios Campus Hamburg (ACH), the university's first outsourced training program was launched, in which after the theoretical training in Budapest, medical students studying in German continue their studies on the Hamburg campus in Germany, based on the Hungarian curriculum. 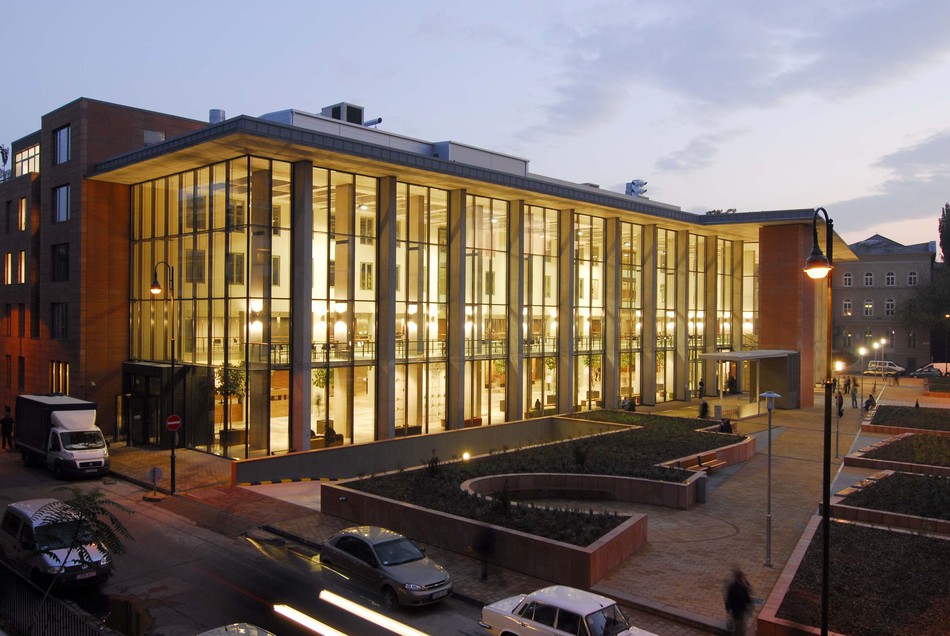 The Centre of Theoretical Medicine (EOK) was built. The university's educational duties and thus its space requirements increased severalfold, mainly due to the training of international students. In order to provide the background for this development, an imposing new building on Tűzoltó Street in Budapest was constructed in line with European requirements and modernization goals, with laboratories, lecture halls, offices and a modern animal house. Since then, its elegant, spacious lobby has been the venue for countless large-scale university events, from conferences to balls. 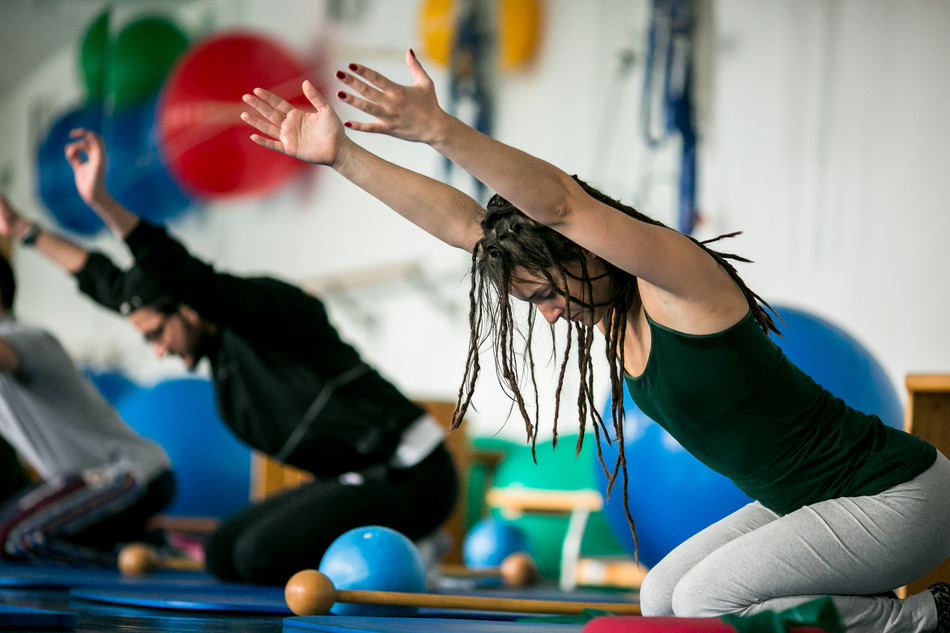 Semmelweis University’s Faculty of Health Sciences launched an off-campus English-language physiotherapist BSc training program in Lugano, Switzerland in 2009. The course was also launched in Italian in 2013. 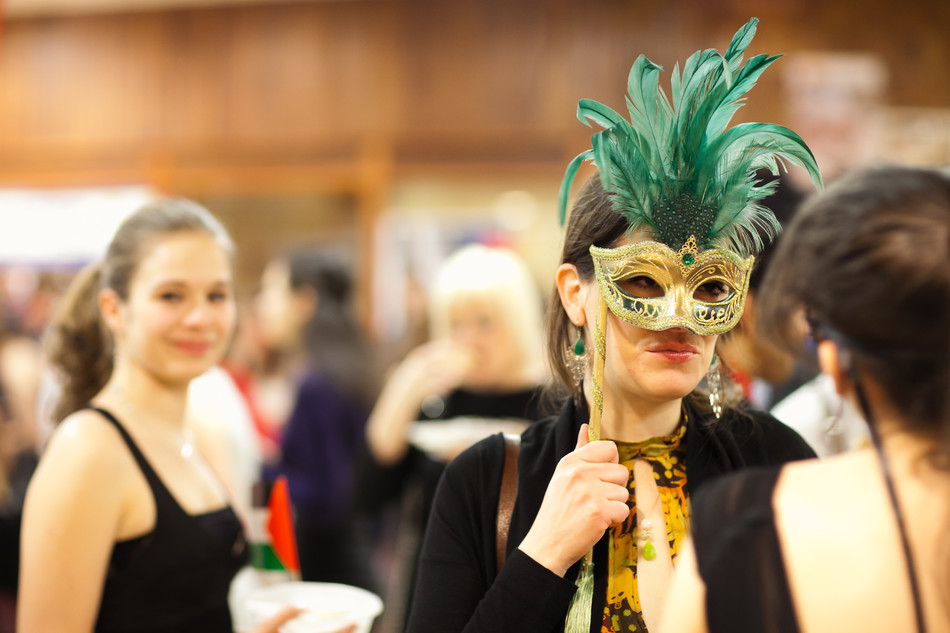 The first international carnival was organized at the university. The Semmelweis Carnival, hosted by Hungarian and international student organizations, has grown over time to become the most important student event. The International Culinary Festival, organized within the framework of the carnival, brings together students from many nations to cook and offer specialities to those interested. 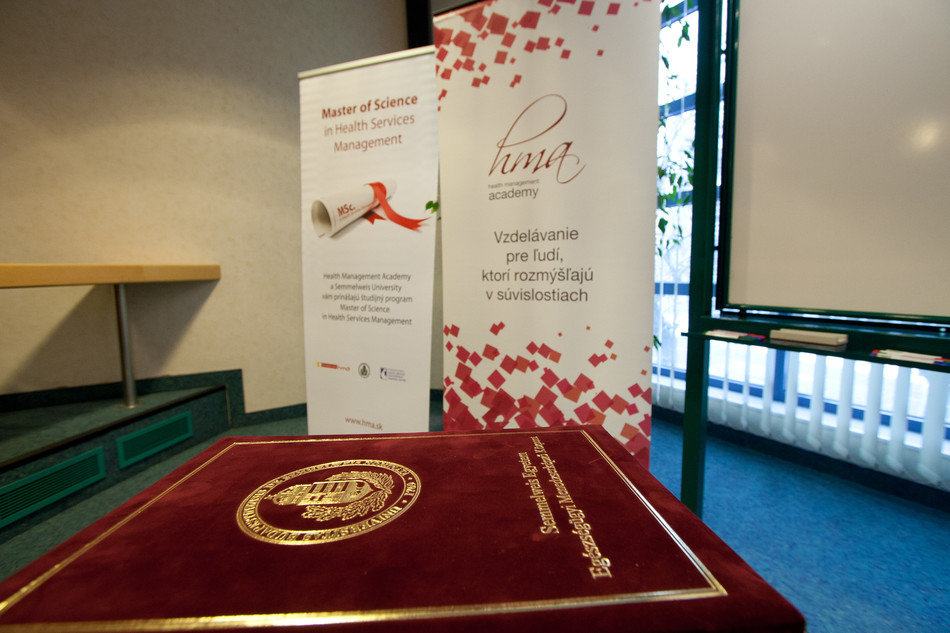 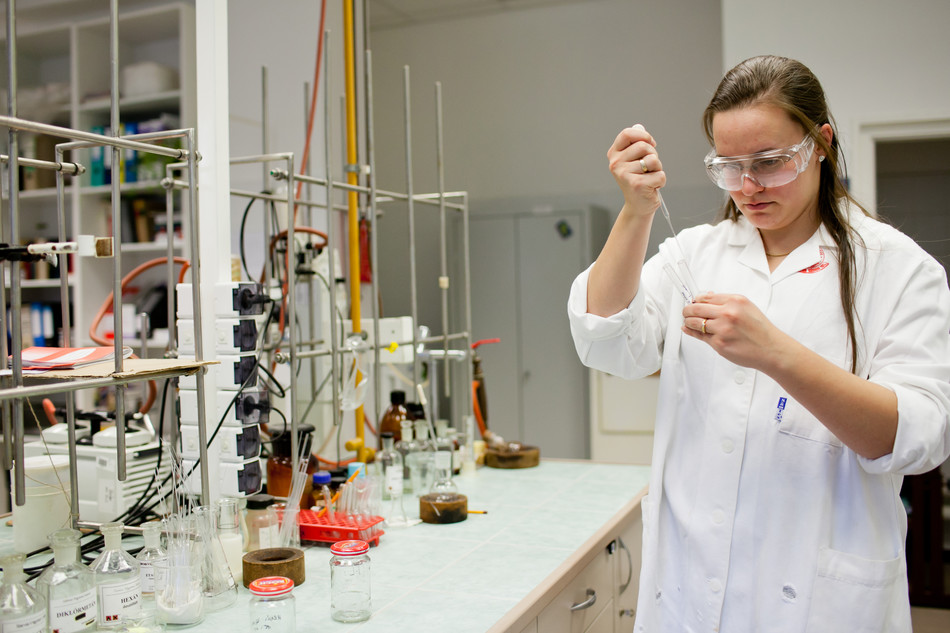 Training of pharmacists in German language was launched. Graduates can receive a doctorate in pharmacy with their diploma, a rarity in Germany and Austria. 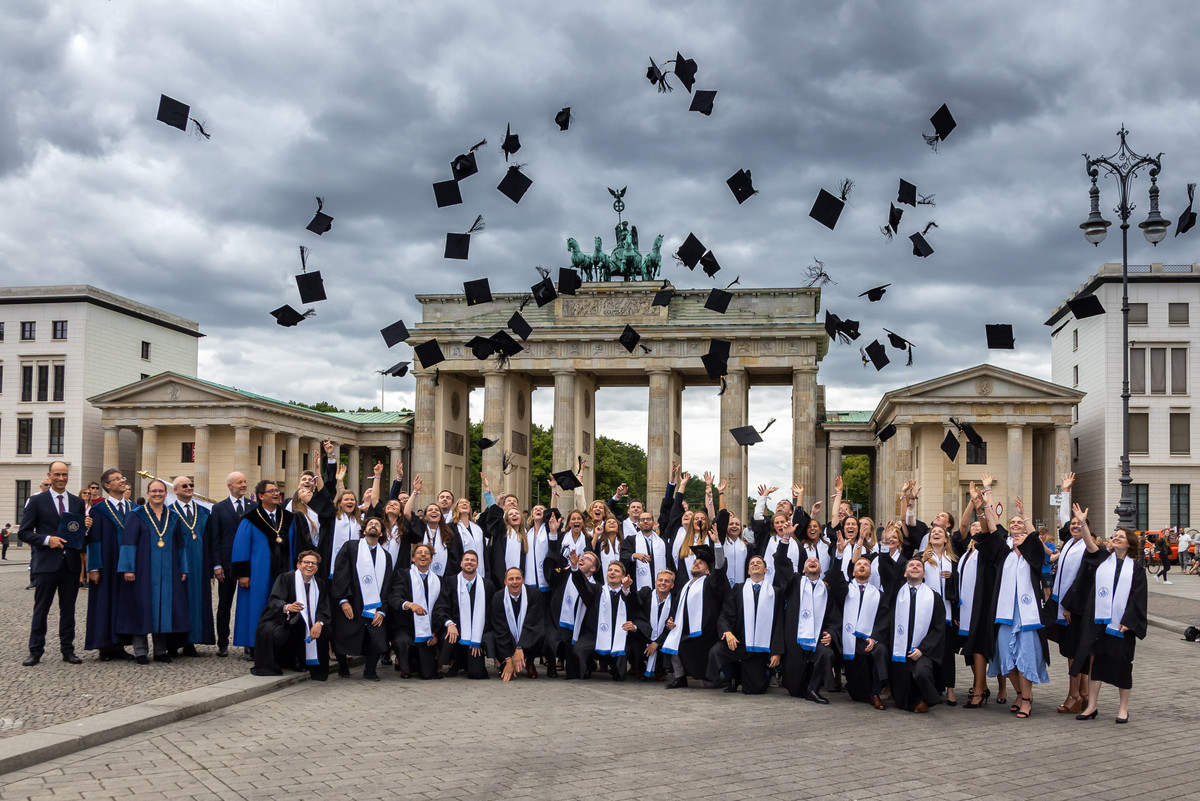 The first diplomas were awarded to ACH graduates. At the end of their training, students receive a medical degree from Semmelweis University. By 2023, almost half of the general medical diplomas awarded in German-language training will be obtained by students at the Asklepios Campus Hamburg.
(The ceremony took place in Berlin.) 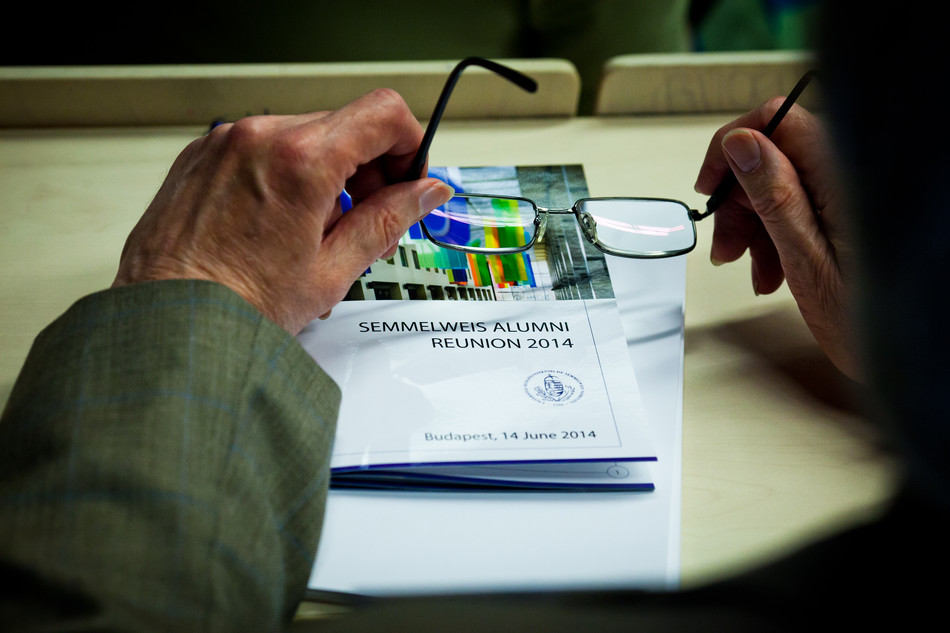 Guests from dozens of countries on four continents attended the 30th International Alumni Meeting, celebrating the 30th anniversary of the launch of foreign language education. 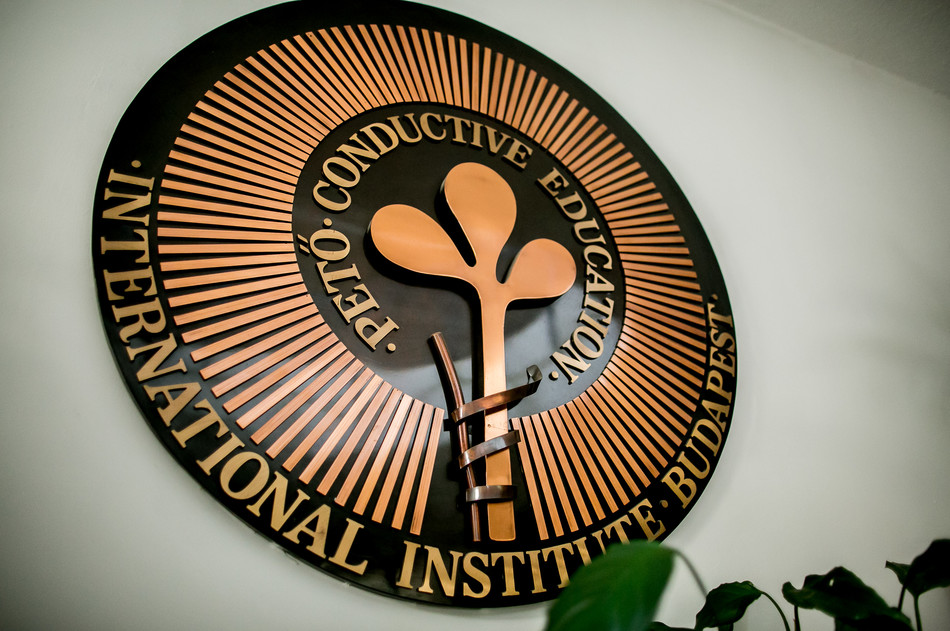 Off-campus training for conductors was launched in Illyefalva (Romania), Subotica and Zenta (Serbia). The András Pető Faculty integrated into the university in 2017, as an internationally renowned centre for conductive education. Conductors become pedagogical professionals with theoretical knowledge, skills and abilities to develop children with special educational needs (with central nervous system disorders) of any age through conductive education. 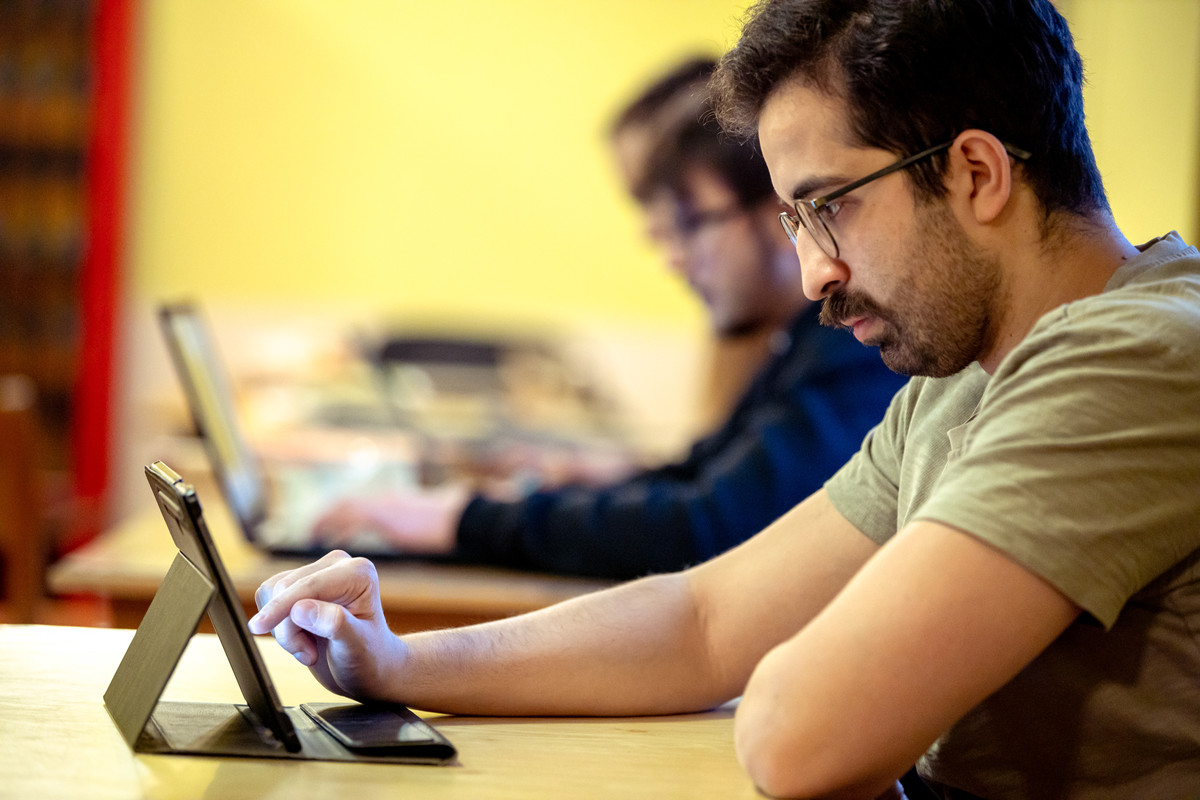 An admission portal for foreign applicants called Semaphor (Semmelweis Application Handling and Online Review) was launched, which had been developed in-house and now efficiently supports the admission and processing of thousands of applications, the number of which are growing every year. 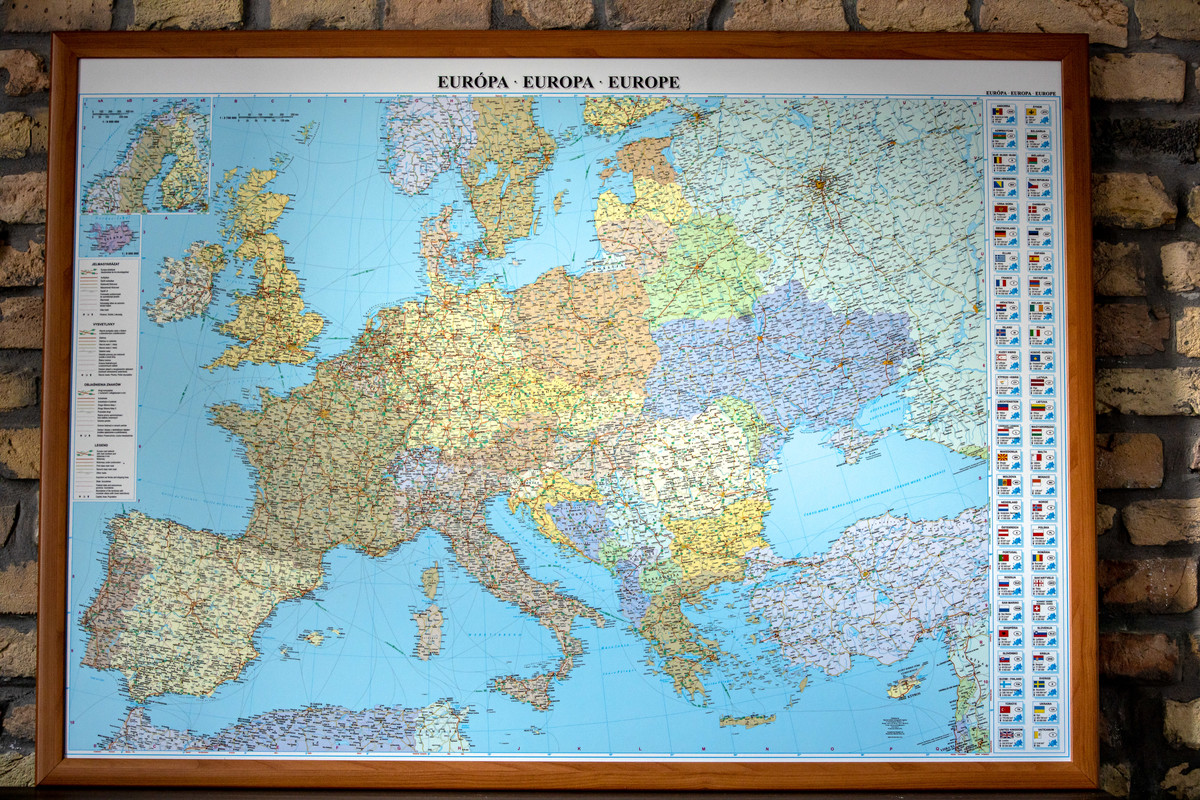 The Center for Foreign Language Programs replaced the former Foreign Students’ Secretariat, bringing the university's international training under the responsibility of the Vice-Rector. One of the main objectives of this reorganization is to integrate international students into the life of our university. 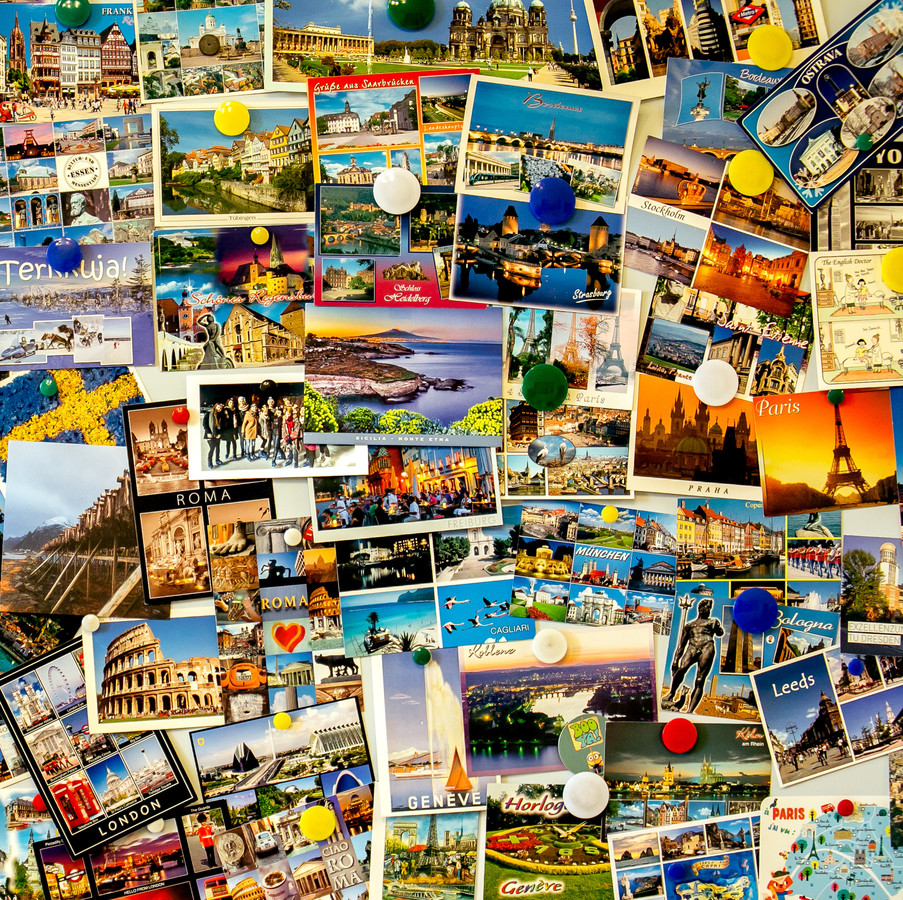 The Department of Languages for Specific Purposes became an organizational unit for research and education. The Department – formerly the Directorate of Language and Communication – provides courses in authentic terminology and languages for specific purposes for students taking part in the Hungarian, German, and English programs, as well as doctoral students and graduate health care professionals. In addition to Greek- and Latin-based terminology, English, German, French, Spanish, Italian, and Russian languages for specific purposes are taught, while courses in Hungarian for medical purposes are run for international students. The Department also offers medical interpreter and translator postgraduate training, and as an examination center, it organizes exams in general and medical languages. 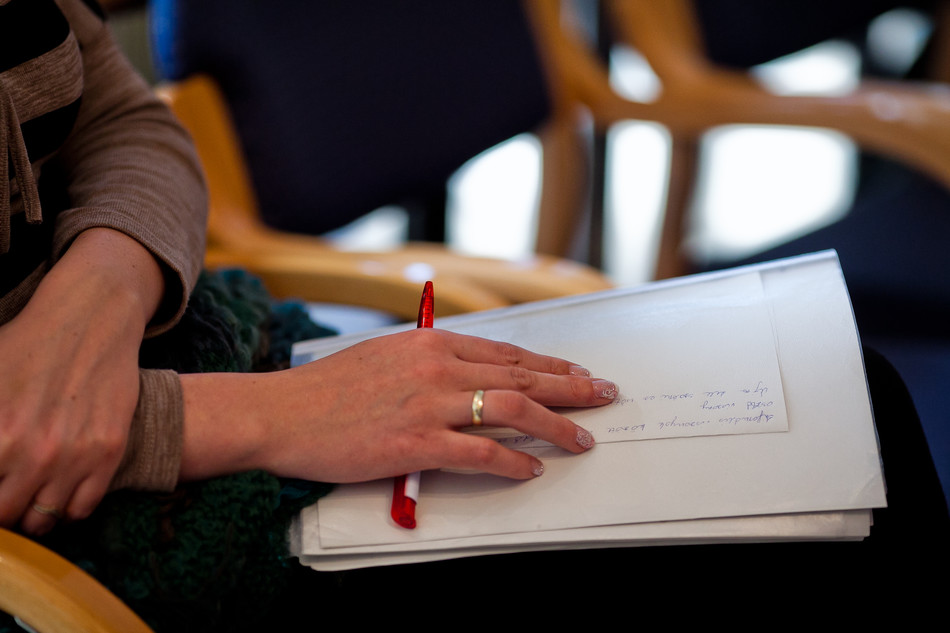 The Slovak-language MSc training in Health Management was launched in Bratislava. A class of doctors, pharmacists, health professionals with management experience in private care and in the public sector or the pharmaceutical industry started the first year of the Faculty of Health and Public Administration’s off-campus Slovak-language training. The Master's program has taken the place of the specialized postgraduate program. 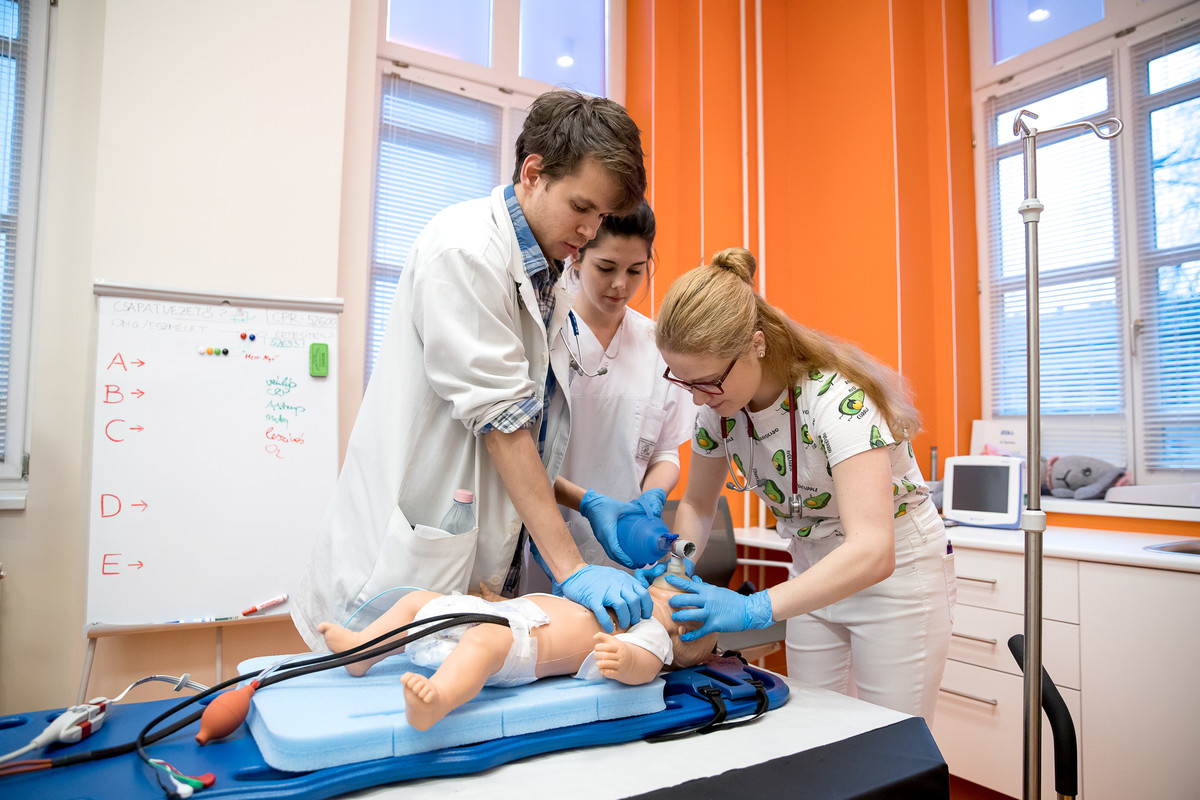 Integrated courses were launched in English for Hungarian, German and international students. The university started a series of programs to promote student integration, so that Hungarian and international students can participate in joint courses. These optional subjects are taught in English and offer Hungarian, German and English-speaking students the opportunity to earn more credits, and expand their knowledge and contacts. Two years later, there are more than 70 integrated courses. 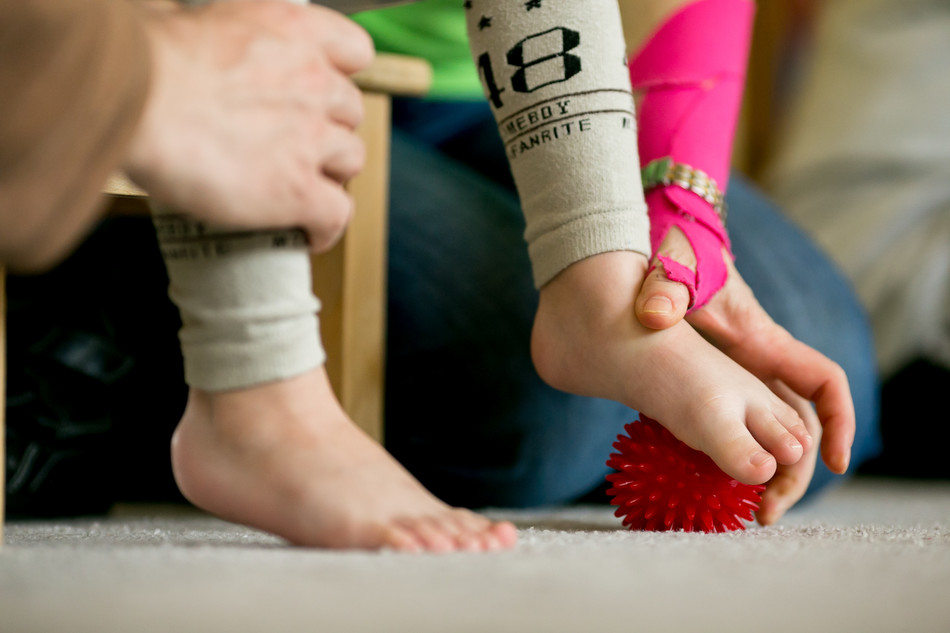 In response to the strong development of international education, Semmelweis University launches the design of a new building called EOK2. 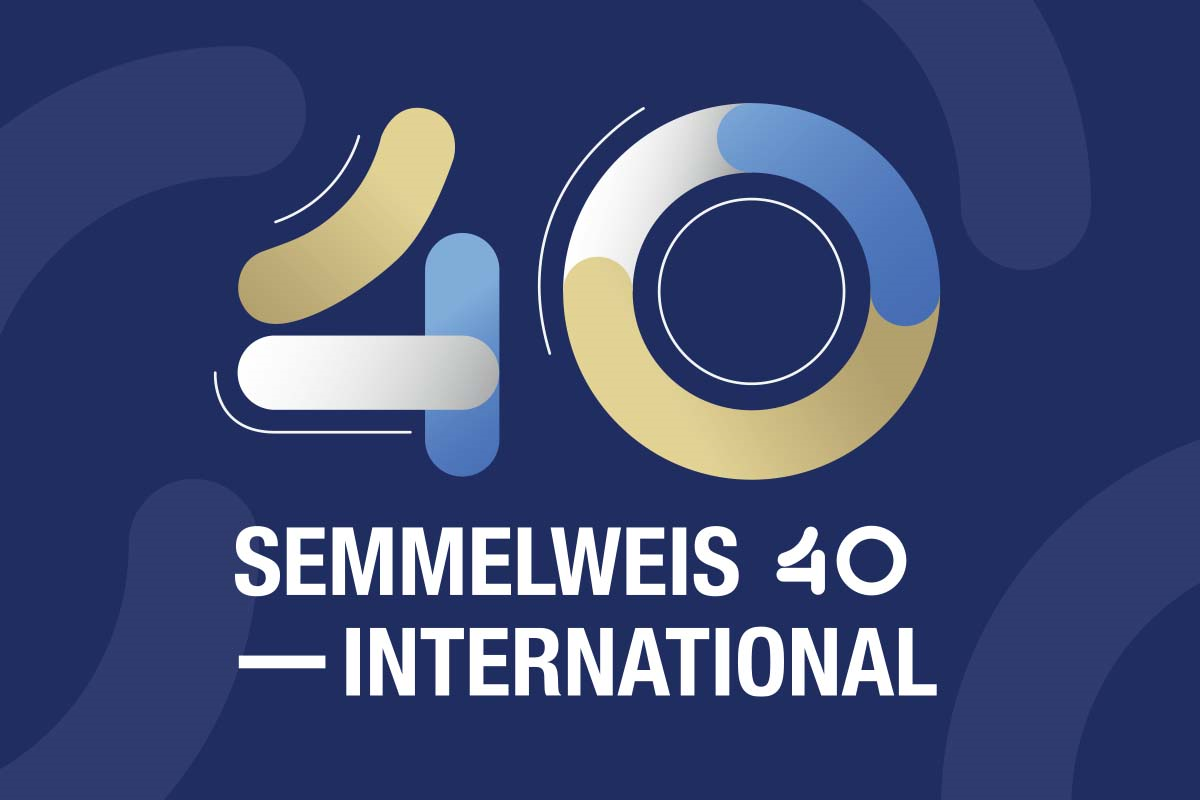 Semmelweis University celebrates the 40th anniversary of its international training, including the launch of the German medical training program, in 2023. The university will mark this important anniversary with a series of large-scale programs throughout the academic year.