A QUARTER MILLENNIUM OF TRADITION 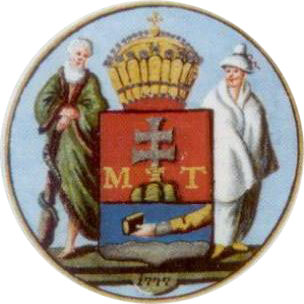 Semmelweis University’s history started 250 years ago in 1769, when Queen Maria Theresa added a medical faculty to the University of Nagyszombat. Semmelweis University is the oldest medical school in Hungary still in operation today. With its 6 faculties and as a university specialising in health sciences, it occupies a prestigious place in Hungarian medical higher education. Its main commitment is based on the integrity of education, research and healthcare, which make Semmelweis University an internationally renowned centre of knowledge. Its 250th anniversary is marked by a unique series of events under the direct professional management of the Rector.

„THE ANNIVERSARY IS A MILESTONE”

According to Dr. Béla Merkely, Rector making the anniversary’s message known and understood by everyone at the university and outside of it, is of utmost importance.

, he said in an interview about the anniversary.

“Not only is it an anniversary of international importance marking 250 years of organised and uninterrupted medical education in Hungary, it is also an excellent opportunity to strengthen the University’s community, revive traditions and start developmental changes of high value,” said Dr. Balázs Hankó, Vice-Rector for Strategy and Development, professional coordinator of the series of events.

The series of events is officially opened by the Opening Ceremony of the Academic Year 2019/2020 and is concluded by Semmelweis Day in 2020.

The first official event of the Semmelweis 250 Event Series is the Opening Ceremony of the Academic Year 2019/2020, which is closely connected to the educational programmes held at the beginning of September. The summer course offers several round table discussions and lectures on various topics.

In the spring of 2020 the university organises a large-scale clinical conference offering lectures in various clinical fields held by Hungarian and international experts. One of the highlights of the conference week is the performance of the Medic Orchestra at the Palace of Arts.

The Students’ Scientific Conference and the PhD Scientific Days are held in the spring of 2020 as well.

Over the course of the academic year Semmelweis Health Day, a series of interactive series of public health-themed programmes is organised for the general public. Families, students, university employees, Hungarian and international guests are welcome to join ten thematic events between September 2019 and June 2020, distributed among five Fridays and five Saturdays.

In addition to the featured events, Semmelweis University offers several other events during the ten months of its anniversary. Events of faculties, clinics and departments, international programmes, book presentations and exhibitions will be displayed in the constantly updated anniversary event calendar.

250 years of EXCELLENCE in medical education, research & innovation and healthcare