The Semmelweis University delegation attended the 50th-anniversary jubilee conference of the Hungarian Medical Association of America (HMAA) in Sarasota, Florida. The event was opened by the President of Hungary, Janos Áder, and Dr. Béla Merkely rector presented the Pro Universitate Awards.

HMAA has become a prestigious, influential professional organization since its foundation, said János Áder in his welcome speech. Dr. Béla Merkely emphasized that in the past years more than 400 students participated in the three-month internships at the Ivan Krisztinicz Student Exchange Program, primarily at the Dent Neurological Institute and the Roswell Park Cancer Institute in Buffalo.

The Rector acknowledged the HMAA’s contribution to the development of the practical training of Hungarian physicians, especially those at Semmelweis University, by presenting four Pro Universitate Awards. For the 50th anniversary celebration, Dr. Ivan M. Krisztinicz was awarded a posthumous award. Dr. Sándor Matolcsy, Dr. László Mechtler and current HMAA president Dr. András Khoor also received the Pro Universitate Award. A special prize was also presented to Dr. Péter Gloviczki, who started his career at Semmelweis University’s Heart and Vascular Centre and is presently a professor at the Mayo Clinic, and Dr. Géza Ács, secretary general of the HMAA and also a main organizer of the conference.

In his speech, Dr. Béla Merkely said that one of the most important goals of the leadership of the university was to be among the best 100 universities in the world and that a continued, prosperous relationship between the University and medical doctors in the United States would be a key to achieving this goal. 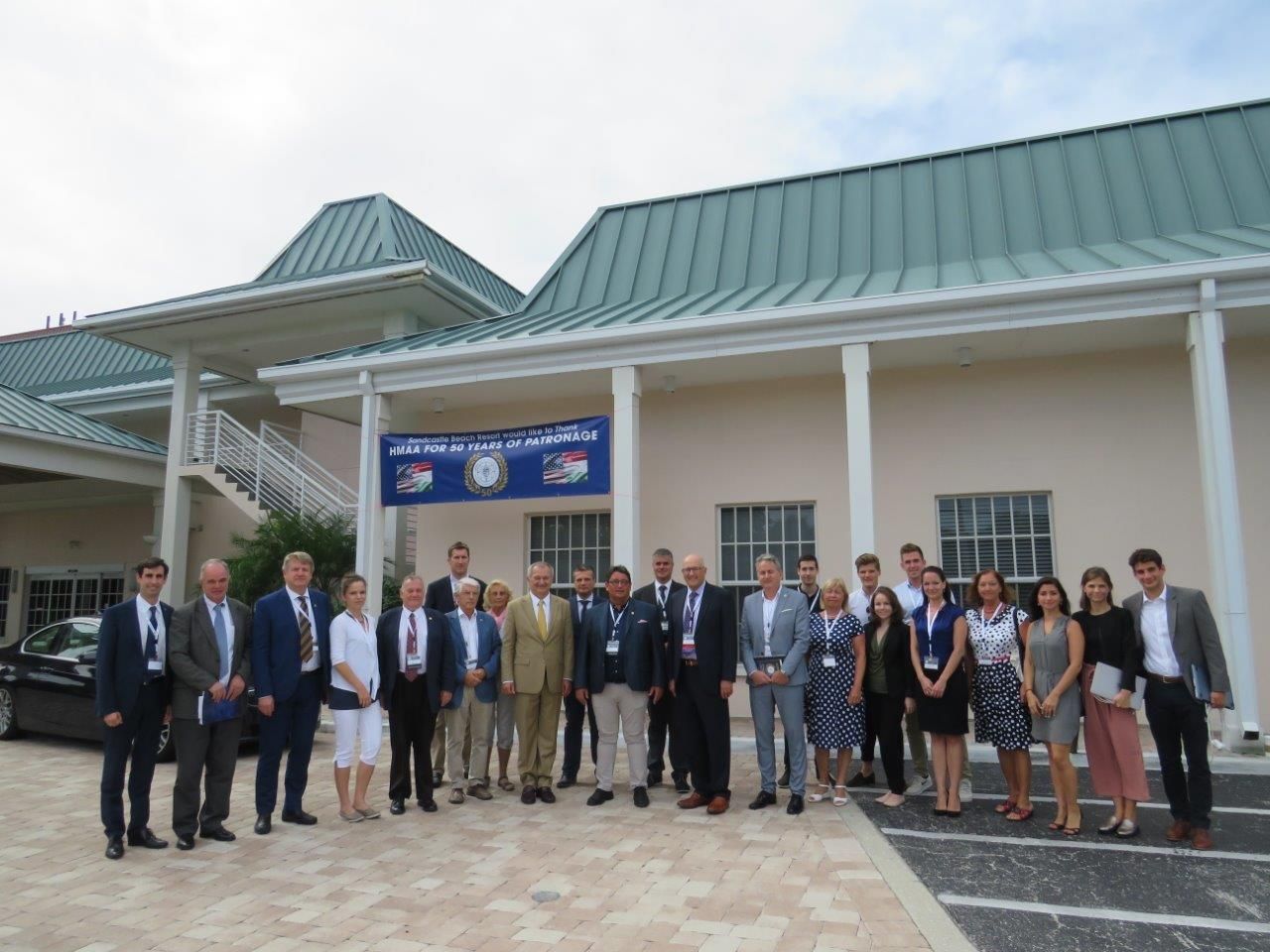 The five-day conference was also attended by Dr. László Szabó, Hungarian Ambassador to the United States, Dr. Ildikó Horváth, State Secretary for Health and representing the Ministry of Human Capacities, Dr. Orsolya Pacsay-Tomassich, Secretary of State for International Affairs, as well as Astronaut Bertalan Farkas and Dénes Kemény, three-time Olympic champion coach, who each held separate workshops and met with the participants of the conference. During the event, the HMAA’s leadership committee held their annual board meeting, where they spoke about the current projects of the organization and the development possibilities of the mobility program, as well as elected new board members.

Like every year, this year’s highlight event was the water polo match between physicians living in Hungary and the United States, which was won by the Hungarian team led by Dr. Béla Merkely 11-8. The referee of the match was Dénes Kemény.