Thanks to hundreds of colorful yoga mats, a fantastic color gamut sparked the Basic Medical Science Center (EOK) at Friday’s dawn. Within the framework of the Healthy EOK series, this time the Instructors of the Armita Yoga Center visited us. The rhythm of the body, the melody of the mind, and the harmony of the soul were brought in by the IYENGAR yoga brothers early in the morning, who was the leader of Erika Répássy this time. Instead of the morning coffee, continuous movement, long-lasting postures, and uncomplicated stretching directions awakened the participants. The bilingual yoga classes enabled the present to perform the exercises exactly.

Judit Hegedűs, director og EOK opened the program, after her speech, performed the series of moves in the first line. Thanks to the initiative, a community in the Basic Medical Science Center (EOK) is beginning to develop a community that considers the development and maintenance of prevention, healthy lifestyle, movement and mental balance.

There were many familiar faces among the people present. Our students are delighted to be able to become the owners of opportunities where they can learn from the best in the area. As they have been told about their finances, so far the sport has been limited to running, so they may have events that determine their movement culture basically.

Erika Répássy, the IYENGAR yoga experience, is confident in the continuation of the joint work. As he said, yoga practice is worth doing with precision as the surgeon works during surgery. She tried to pass on this technique to physicians, leaders, teachers, and all staff members of the EOK, who had glowing eyes, hard work.

According to our statistics, the program has so far reached more than 8200 people, which is considered a historic step in EOK’s life. Behind the Healthy EOK series, there is a movement that we are very proud of.

Everyone’s support and participation is thanked very much this time! 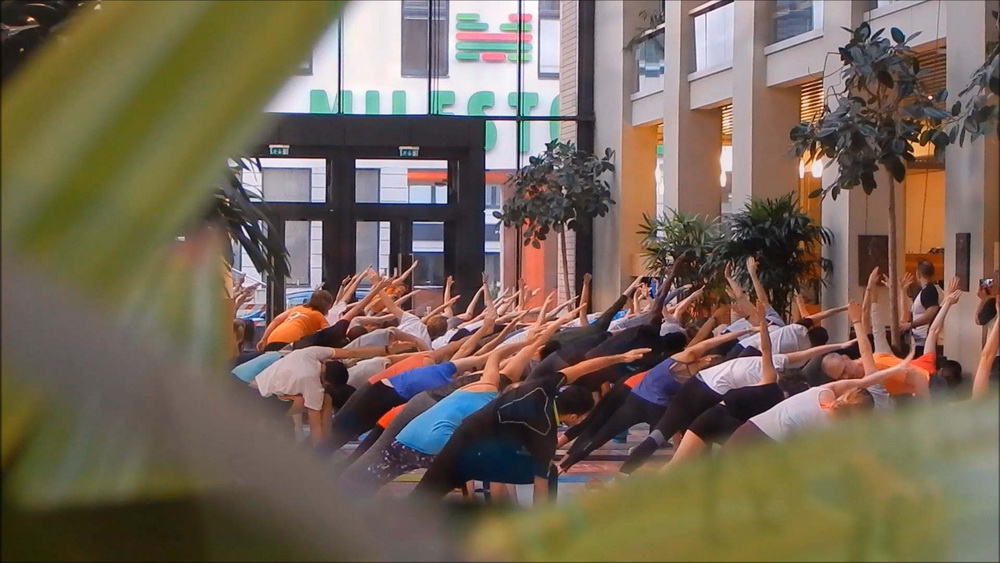