Semmelweis University with more than 250 years of teaching experience is one of the most renowned universities in Europe. We are dedicated to give our students the best learning experience possible.

Department of Anatomy, Histology and Embryology

The one hundred years old anatomy building accommodated two institutions right from the beginning. Although the names of the institutions were frequently changed, the meaning of their existence persisted unbroken throughout a whole century – to teach students hungry for knowledge and to conduct research to enable researchers to learn more and more about the structure of the human body. The following pages shall present the history of what is presently known as the Department of Anatomy, Histology and Embryology and the life and work of the people working in the institute. 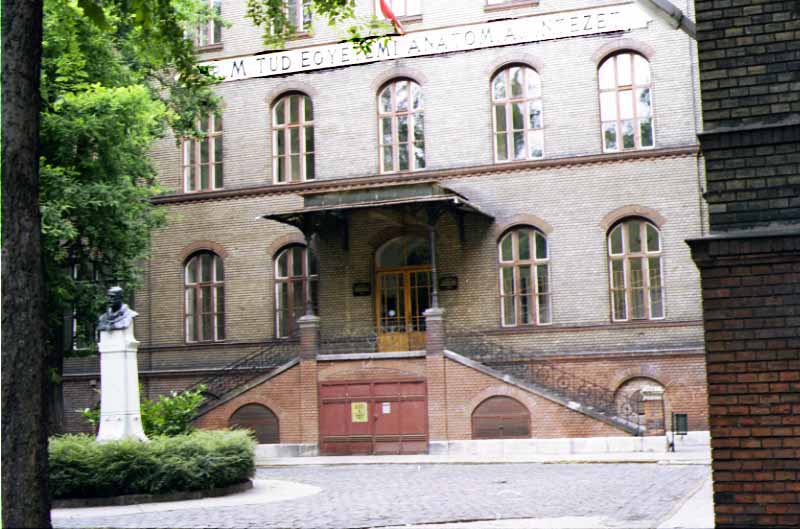 The Department of Anatomy is the only department of the Faculty of Medical Sciences which was established in Nagyszombat in 1769 which has maintained its legal continuity ever since its foundation. The other subjects have been understandably transformed during the two hundred years of the development of medical sciences.

Vencel Trnka was the first professorof anatomy in the period between 1770 and 1790. During the first decade and a half of the faculty this subject could hardly be taught through presentations and practical training. The situation improved somewhat only after 1784 when the faculty – then already transferred to Pest – was accommodated in the Jesuit monastery on the corner of Hatvani utca (today: Kossuth Lajos utca) and Újvilág utca. A theatrum anatomicum served as the venue for the teaching of anatomy in this building (a lecture hall that was also used for the presentations of dissection), along with two working rooms and two maceration rooms. The anatomical and surgical wax model series donated to the university by Joseph II was set up in four other rooms.

Unfortunately, later, when scientific interest and teaching practices turned away from this form of presentation, the models created by Fontana in Florence either got lost or were damaged for lack of proper maintenance and supervision. Finally – during the siege of Budapest in the winter of 1944-1945 the majority of them were destroyed. The few wax models that have survived history – fortunately, they include the one showing the lymphatic system of the female body, which is the most highly valued one of the models from the aspect of science and artistic value – are now displayed in the Museum of the History of Medicine in the house where Ignác Semmelweis was born (Budapest, I. Apród u. 1/3.).

Anatomy was taught between 1790 and 1858 by János Szening (1790-1806), Sámuel Rácz (1806-1807), Ignác Stáhly (1808-1834) and Márton Csausz (1834-1858) still under the rudimentary conditions in the building on Hatvani utca. The appointment of József Lenhossék head of the department in 1859 brought about a fundamental change in the teaching and scientific activities of anatomy. József Lenhossék (1818-1888) was the second member of the Lenhossék dynasty that gave three major physicians to the medical sciences of Hungary. The son of Ignác Mihály Lenhossék – the protomedicus of Hungary and an excellent teacher of biology-higher anatomy, pathology and pharmacology (between 1808 and 1821) learned anatomy abroad – primarily in Vienna – along with Hyrtl who was also of Hungarian origin. Having returned to Hungary first he became teacher of anatomy at Kolozsvár and then came to Budapest in 1859. He modernised the teaching and research of anatomy in the spirit of progress of his day. He laid down the foundations of the highly valuable museum of the Anatomy department of Budapest. A number of his preparations now of high value showing the vascular system and the central nervous system are still held by the museum.

The first up-to-date department of anatomy was established based on the designs prepared by József Lenhossék in 1878 within the internal clinical block at Üllői út 26. This building was, however, used for the teaching of anatomy only for a period of twenty years because the increasing number of students and the development of scientific and teaching requirements simply outgrew the limits of the building. The Anatomy Building at Üllői út 26 was then transformed and it is still incorporates the First Department of Pathology. The present anatomy building was constructed (between 1897 and 1898) based primarilyon the designs by Géza Mihalkovics at Tűzoltó u. 58. That building was perhaps the worlds most up-to-date anatomy department of the day. 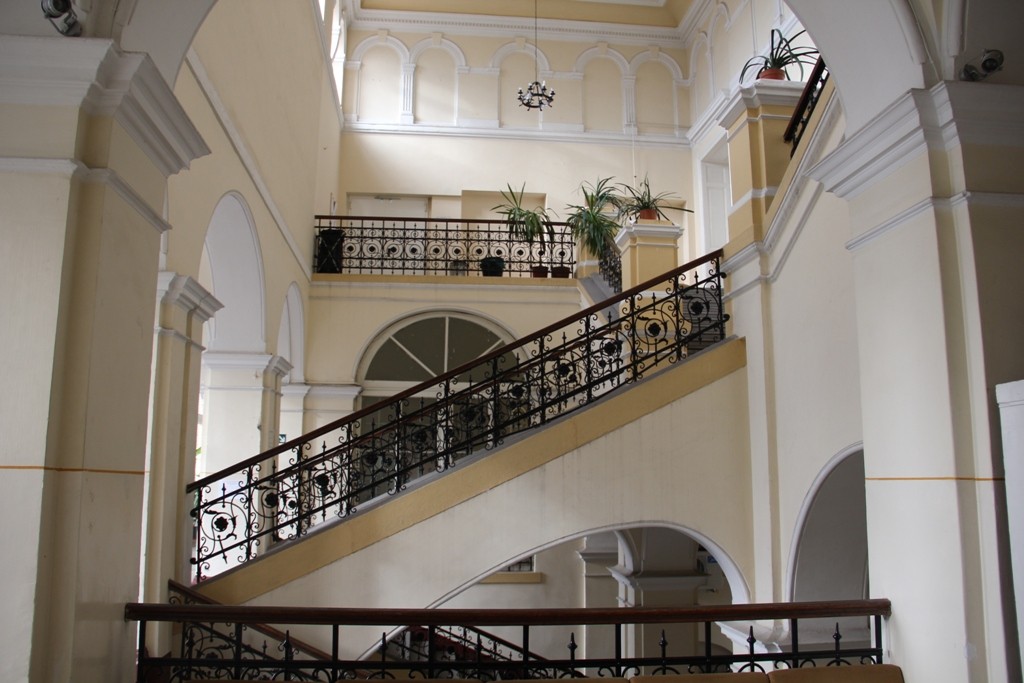 After more than 70 years with little internal transformation, through the now really necessary reconstruction primarily of the sanitary engineering facilities, the building will be highly suitable for meeting the current requirements for decades to come.

Still during the life of József Lenhossék the department was divided in 1882 into two anatomy institutions. (First and Second) The Second Department was directed first by Géza Mihalkovics, and then after the death of József Lenhossék he was transferred to the First Departrment while the Second Department was directed by Lajos Thanhoffer. Géza Mihalkovics was an expert of embryology of international recognition while Lajos Thanhoffer was an excellent histologist. Unfortunately Mihalkovics died at an early age in 1899 and Thanhoffer retied in 1908. Mihály Lenhossék (1863-1937) the last and at the same time the most excellent member of the Lenhossék dynasty, was the successor of Géza Mihalkovics, while at the Second Department Thanhoffer was succeeded by Kálmán Tellyesniczky, an expert of cytology and artistic anatomy. Mihály Lenhossék earned lasting renown all over the world as a researcher of the fine structure of the nervous system. Kálmán Tellyesniczky and Mihály Lenhossék retired in 1930 and 1934, respectively.

In the years 1933 and 1934 the both departments established originally to provide training of the whole of the discipline of anatomy were transformed as a result of which first Department was turned into a department of anatomy and regional anatomy under the direction of Ferenc Kiss, while Second Department was converted into a department of biology, histology and embryology under the direction of Tivadar Huzella. This organisational set-up was maintained up to 1966.In 1950 Imre Törő became the head of the department teaching medical biology, histology and embryology, while Ferencz Kiss, who retired in 1961, was succeeded by János Szentágothai who was appointed in 1963 to become the director of the Department of Anatomy. The education reform and the permanently large number of students necessitated the restoration of the two parallel anatomy departments of the building. The original Second Department is now teaching medical biology as well under the direction of Imre Törő on a temporary basis but this important basic discipline of medicine will be accommodated in a separate building after the construction of the theoretical block of the Semmelweis University at Nagyvárad tér. Besides the teaching of anatomy for half of the students of the medical faculty, first Department also carries out the tasks of teaching anatomy for dental students under direction by a professor appointed for these tasks. Both departments of the anatomy building – of course after the alterations in line with up-to-date scientific requirements – have been maintaining their original scientific traditions in their research efforts. Under the heading of Imre Törő, member of the Hungarian Academy of Sciences, the Second Department is an important centre for the research of cytology, the lymphatic organs and other cellular protection mechanisms of the human body. First Department (headed by János Szentágothai) has been continuing the scientific traditions of József and Mihály Lenhossék, it is one of the bases of Hungarian brain research. The research activities of both departments are supported by the Department of Biology of the Hungarian Academy of Sciences.