The message of a simple picture. “I am able to do more”. These words could be the motto of the two events, which began at the same time on 28-29 September running a bit into one another in the Basic Medical Science Centre (EOK). 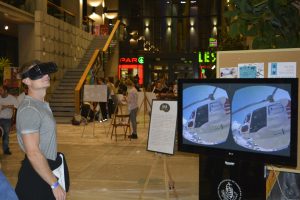 At Researchers’ Night exciting programmes were awaiting those, who are interested in science and medical researcher career. The guests could visit fascinating experiments and exhibitions on several places, where tutors and researchers put the emphasis on work and not on spectacle during their lectures. The lectures were presented in an exciting, humorous and vivid way to the future generation and to all participants. The visitors were involved in the scientific experiments at several programmes. How many of us can say that have ever stretched a 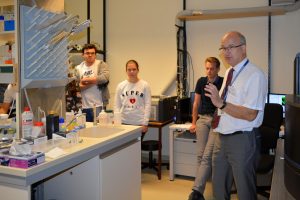 biomolecule or have seen a nuclear microscope in operation or scanned the capillary under the surface of the skin with the help of laser light. The virtual section of a small animal programme was a great success this year again as it was possible to ‘look into’ the anatomy of a small living creature. Those who are interested in science received the answer of modelling a decease with the help of animals. It was fantastic to see how technical developments revolutionise our scientists’ work. We could look into the future at every stations as scientists are mostly seeking the answer for fighting against the dreadful diseases of today and want to reach such a revolutionary success like against TBC in the 19th century. The solution is sometimes closer than we think because in the mirror of the continuous improvement of science, the doctors are destined for more. 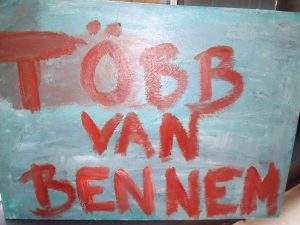 As in the case of those of who need psychiatric treatment, many of them have the ability to do more, which is proved by more than four hundred artwork done at the 9th PsychArt24 marathon. Participants painted their feelings and thoughts on the canvas under the motto of ‘Our visible and invisible roles’. Art, including music, theatre or fine arts, liberates everybody. This is why art therapy has a very positive effect on mentally vulnerable people. This event is a perfect counterpoint of the isolation of 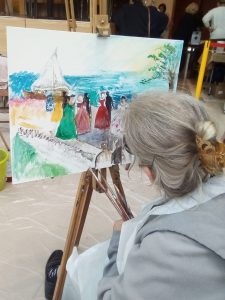 people suffering in psychiatric diseases, where professional, amateur and the so-called art brut artists, having psychosocial disability, worked together for 24 hours, which is a cure itself. You never know who painted the pictures but that is not the point. The completely honest, rough, professional and sometimes simple pieces must be understood in and of itself. In December the pictures will be exhibited in the Art Brut Galery in Budapest, which exhibition might soften bias towards these people and more of us can believe that they are really capable of doing more. 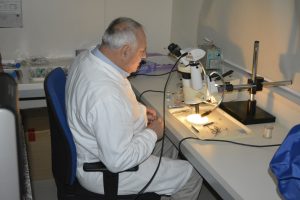 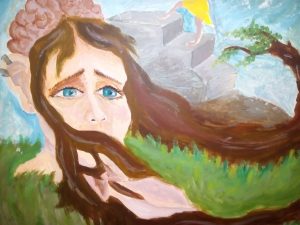 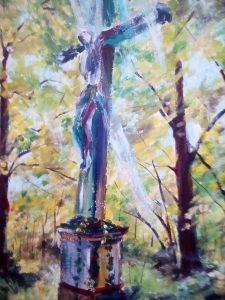 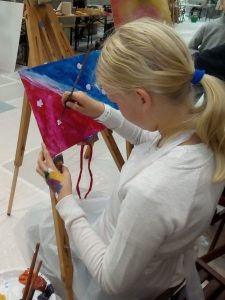 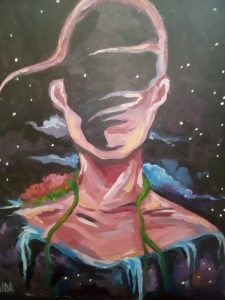