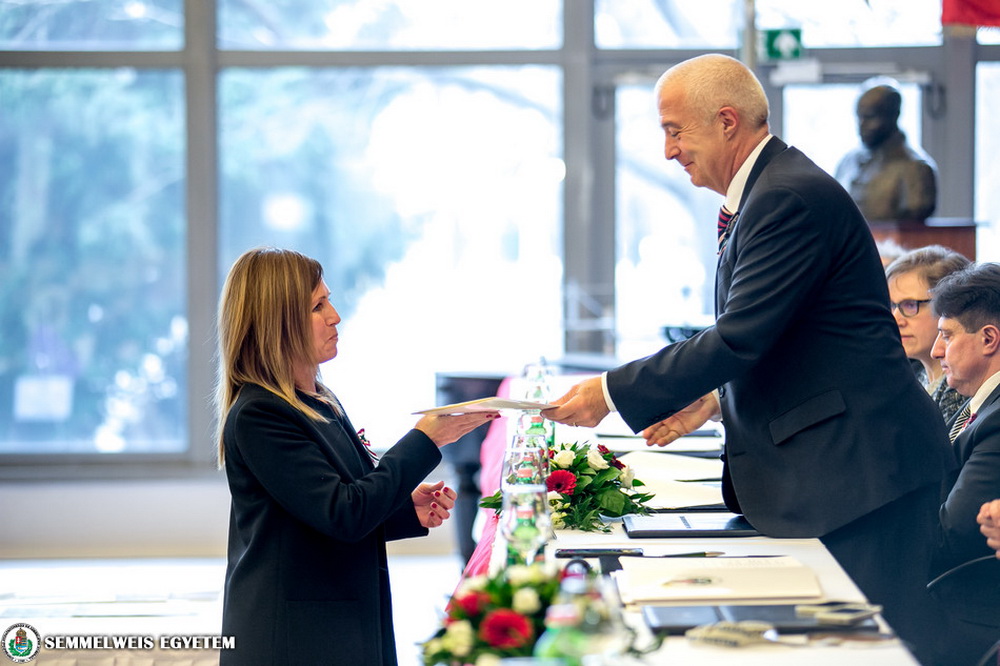 Judit Hegedűs, Director of the Department of Basic Medical Science Center (EOK), Chief Financial Officer of the General Medical Faculty, Secretary of the Foreign Students’ Secretariat, received excellent recognition from the staff. The ceremony was attended by Dr. Károly Szász Károly from our National Holiday on the occasion of the 15th of March at the University of Arts in Nagyvárad Square. Her award was rewarded for many years of outstanding work in the field of economics and university life.

After receiving the prize, Judit Hegedűs said: In the morning my first thought was that this is my team’s day. I regard this recognition as the fulfillment of a common work. When I was handwritten with Chancellor, the congratulatory texts arrived at the moment, and when I came back, I felt comfortable with the fact that there were all my colleagues I could count on. The missing part of my team did in the moment, but in the spirit they were with me and I think it was an uplifting moment for all of us.

She stressed that she also considers it very important in everyday life that she should not be seen as a leader in workflows, but as a team member. Your mission moves in such a wide spectrum that would otherwise not be possible for successful implementation.

Always taking into account the interests of the university, it represents continuous development and development, which in the course of its implementation it strives for harmony. It also pays great attention to individual and social responsibility. She is a member of the Healthy Lifestyle, Working Group on Health Promotion and Health, and has launched the Healthy EOK project. 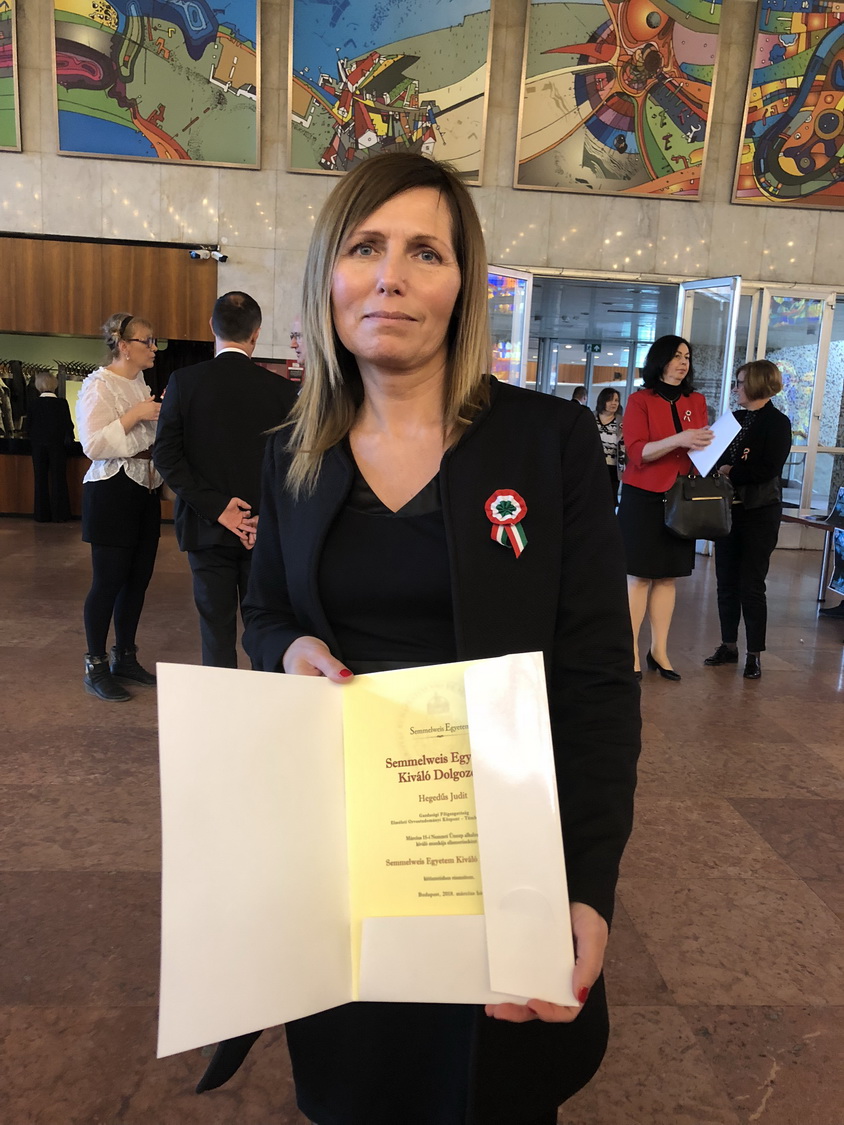 She acknowledged the Budapest Medical Students’ Association (BOE),, who supported their work in five high schools in Nógrád County, Balassagyarmat. “It’s a pleasure to watch them see their enthusiasm the other day, after their smoking prevention program, they came to me in the hall and told me that in Balassagyarmat, among those present, there is certainly no student who would soften again,” she said with a smile.

A courageous, proactive individual who constantly seeks out prevention and change. Among other things, it has allowed the non-stop opening of the EOK library, the first to operate a medical room at the university, and it is proud that Semmelweis Student Union will soon be formed. The baby-mom project can be considered as an example, and the future will be a family-friendly work environment for mothers working in the house. “We want to feel the mummies waiting for their baby to count on them and they can count on their workplace,” said the manager. We want to offer them a safe background – he continued, where skilled carers are waiting for the little ones and where moms can feel good about their children. Of course, we do not want to miss out on these newborn dads who will be open to this opportunity as well.

She also mentioned the book, which includes both the academic and the chancellorships, the knowledge that helps new colleagues in understanding the relationships and interactions between the task systems and organizational units. Judit Hegedűs, beyond the citizens of the university life, also thinks of young people seeking their first job. “I believe in building something from the basics, it will interest in the future.” Young people who come to us after graduation are much more receptive to receiving new knowledge and can better integrate into our system. I am thinking of young people who do not want to learn after graduation, or can not learn to study, or for financial reasons to work. We want to give them apprenticeship training that, after a couple of years, will encourage them to continue learning and, on the other hand, create their attachment to the university, so they will stay here, and thus will be able to support the work of other departments – said the manager.