As of August 1, 2021, Semmelweis University is operating under the control of a public-interest trust foundation. The maintainer of the university is the Foundation for National Health Care and Medical Education (NEOA), whose inaugural meeting was held on July 7, 2021 and whose board of trustees is made up the following members:

The CEO of pharmaceutical firm Richter Gedeon Nyrt was born in 1979 in Szolnok. He graduated in finance from the Budapest University of Economics, and later worked at the National Bank of Hungary and the European Central Bank as an economist, and was a senior consultant at Banque Rothschild. In 2007-2013 he was head of the Bonds Division at AEGON Investment Fund Management Zrt., then worked as state secretary for tax and financial affairs from 2013 to 2015. He has been or is currently a member of a supervisor board (at the National Bank of Hungary), a board of directors (Richter Gedeon Nyrt, National Deposit Insurance Fund, Resolution Fund), a board (Advisory Board of the Budapest Stock Exchange), a board of trustees (UNICEF Hungary), a consistory (Consistory of Semmelweis University), and several committees (National Council for Scientific Policy, Hungarian Olympic Committee Budapest 2032 Committee).

Dr. Róbert Jonathán Bedros
member of the board of trustees 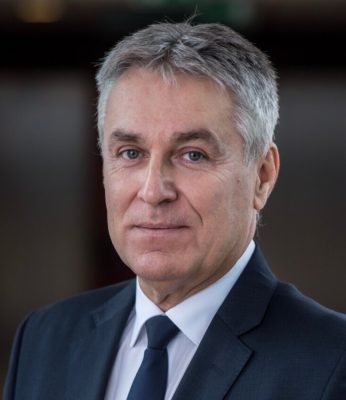 A senior adviser to the prime minister and the chief medical officer of the Szent Imre Hospital, he was born in 1961 in Balassagyarmat. He received his medical degree at Semmelweis University and his degree in economics from the Jozsef Attila University, as well as an academic degree from the Miklós Zrínyi University of National Defense. He is the founder and director of the Hungarian Society for Obesitology and Physical Therapy and the National Obesitology Center, the editor of the first Hungarian university textbook on obesitology and the initiator of licensed obesitology training in Hungary, and the chairman of the Professional Association Chapter for Internal Medicine, Endocrinology, Diabetes and Metabolism Diseases. He is the deputy for the national director-general for hospitals and the chairman of the board of South Buda Centrum Zrt. He has 33 years of experience working in health care, including 22 as the director of institutions (Interior Ministry Central Hospital and its Institutions, Flór Ferenc Hospital and Szent Imre Hospital). He holds several honors and recognitions, including the Hungarian Order of Merit Knight’s Cross, the Saint George Decoration, Golden Class of the Decoration for Public Service, Hungarian Order of Merit Officer’s Cross, Markusovszky Lajos Award, and the Pro Medicina Újbuda award.

Dr. Péter Gloviczki
member of the board of trustees 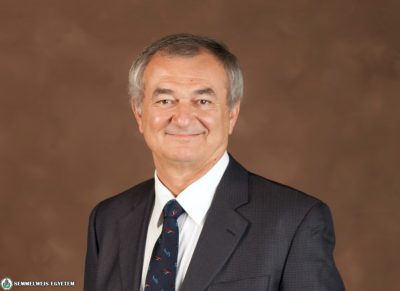 The Professor and Chair Emeritus of the Division of Vascular and Endovascular Surgery at the US Mayo Clinic, he was born in 1948 in Nyíregyháza. He graduated from Semmelweis University in 1972, and later worked at the Városmajor Heart and Vascular Center and the St. Michel and St. Joseph hospitals in Paris. He was elected president of the US Vascular Society in 2003. He has held positions as the president of the International Union of Angiology, the American Venous Forum and the World Federation of Vascular Societies, among others. He is honorary member of 19 societies, including the Hungarian Society of Surgeons and the Hungarian Angiology and Vascular Surgery Society, as well as the Canada, Argentina, France, Brazil, Poland, Czech, German and European Vascular Surgery Societies. Semmelweis University has bestowed upon him the title of “Doctor Honoris Causa,” and the US-Hungary Fund honored him with a George Washington Award. In 2020, he received the Semmelweis Budapest Award.

Dr. Béla Merkely
member of the board of trustees 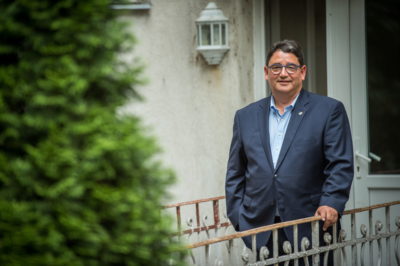 Dr. Miklós Szócska
member of the board of trustees 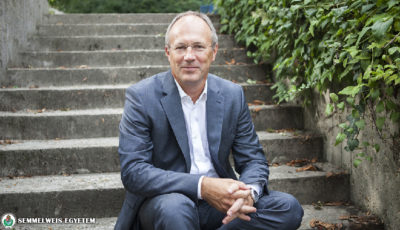 The dean of the Faculty of Health and Public Administration was born in 1960 in Budapest. After graduating from Semmelweis University, he received a Master of Public Administration degree from Harvard University’s John. F. Kennedy School of Government, as well as a PhD degree at Semmelweis University. He has been project leader, deputy director, acting director, and since 2014, the director of the Health Services Management Training Center. His public offices include being the member of the supervisory board of the Health Care Insurance Fund elected by Parliament, and later an adviser to the public administration state secretary of the Ministry of National Welfare on matters relating to the Presidency of the Health Insurance Self-Government. Between 2010-2014, he was state secretary for health care. His notable positions include being member of the board of the European Health Forum Gastein, the scientific advisory board of the WHO Euro Commission on Health and Sustainable Development, as well as his work in the COVID-19 advisory panel to the president of the European Commission and in the COVID-19 advisory platform. In 2011-12, he was a member of the European Union’s E-Health Task Force, which formulated the strategy for European digital health care, under the leadership of the Estonian president Thomas Hendrik Ilves.